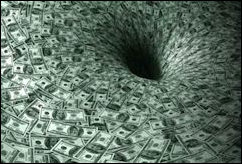 There are two items in the news today indicating that pressure for more spending and taxes will be remorseless in the 2019 General Assembly session: (1) The Virginia Retirement System board of trustees has lowered the expected rate of return on its $82.3 billion investment portfolio, requiring $215.6 million-per-year additional contributions from state and local governments, and (2) the Virginia Board of Education has approved changes to the Standards of Quality for Virginia public schools that would require $950 million more in state support to meet. And that doesn’t include increased demands from Medicaid, the program that ate Virginia’s budget; higher education where state support is the only thing restraining runaway tuition increases; or more money to meet the state’s burgeoning mental health needs.

First, the VRS. Last year the retirement system for public-employee and teacher pensions earned a 6.7% return on investment: not shabby but below the 7% assumption used to calculate contributions from state and local governments. In recognition of poorer investment prospects in an era of super-low interest rates, the board reduced its assumed rate of return to 6.75%. To make up the difference, state and local governments will have to contribute $215.6 million a year more during the two years of the next Biennial budget, reports the Richmond Times Dispatch.

“I know it’s going to take more money out of the budget, but it’s the right thing to do,” Secretary of Finance Aubrey Layne told the RTD.

Layne’s logic is impeccable. The time to put money into the system is when the economy is growing. A recession may not be imminent, but history says one is inevitable at some point. Investment returns crash during recessions just as state and local tax revenues dry up. The time to fix the problem is now.

Second, the SOQs. The State Board of Education unanimously approved changes to the Standards of Quality (SOQs) which set standards for inputs into public school systems such as teacher-student ratios, staff support, and the like. The state is required to revise these standards periodically, and in this round the BOE says that $950 million yearly in state support will be needed to fund more reading teachers, smaller class sizes, and more money for schools with large percentages of poor kids. While the General Assembly has not always fully funded the SOQs, the new, more expensive standards will put intense pressure on the legislature to increase spending.

Meanwhile, increased Medicaid spending is on autopilot. Health care costs increase significantly every year, and so does Medicaid spending along with it — and that doesn’t account for continued to tweaks that inevitably expand the scope and cost of the program. Among other challenges, the General Assembly, after increasing Medicaid reimbursement rates to hospitals, now must deliver on promises to increase reimbursement rates for physicians to the tune of tens of millions of dollars a year, maybe more.

And let us not forget higher education. By jacking up state support for institutions of higher education for roughly $50 million last year, the General Assembly browbeat Virginia’s universities into not increasing their tuitions. But the ambitions of Virginia’s public universities remain undiminished and cost pressures in higher education are as relentless as ever. The General Assembly will be caught between a rock and a hard place: Increase state support by another eight-digit figure or face the fallout from another round of aggressive tuition increases, which the universities will blame entirely on lawmakers.

Virginia also faces intense pressure to “do something” (which means spend more money) to address the rising incidence of mental illness and opiate addiction. The social problem and the hardships it creates are all too real. I do not under-estimate it one bit. (I’m reading Beth Macey’s book, “Dopesick,” and it’s terrifying.) The solutions are less than obvious, and the predictable (and not illogical) response is to “invest” more money in mental-health and addiction-recovery services. The easiest thing to do is spend more money on more government programs, so that’s what we’ll do.

How will Virginia pay for all this? I know the answer, and so do you. Higher taxes. I’m confident that Northam is trying to figure out right now which tax hikes will go down the easiest. Unless Republicans pull off a miracle upset in November’s elections, Democrats will control the state Senate, the House, and the Governor’s Office. Even if the GOP does defy predictions, Republicans don’t have the intellectual firepower to resist. Hide your wallets. A tax hike looks inevitable.

This entry was posted in Budgets, General Assembly and tagged James A. Bacon. Bookmark the permalink.