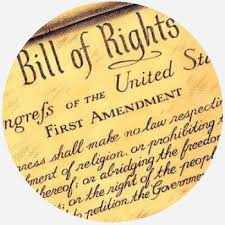 Sticks and stones? Del. Jeffrey M. Bourne, D-Richmond, has introduced HB1627.  The bill is entitled, “Threats and harassment of certain officials and property; venue.”  The proposed legislation strengthens a series of very questionable laws already on the books.

The first few sections of the existing law make it illegal to make threats in written communications to kill or do bodily injury to a person in a variety of occupations and situations. For example, threats to elementary school, middle school or high school employees are called out in the existing legislation. Similarly, threats made on school buses, on school property, or against health care providers are also explicitly illegal. Beyond wondering why certain classes of people or places deserve extra protection from death threats or threats of bodily harm the existing legislation seems pretty straightforward. Ill-conceived and overly limited but straightforward.

Then comes the section entitled, “Harassment by computer, penalty.” This section goes well beyond outlawing death threats and threats of bodily harm. It specifically references Virginia state politicians as needing legal protection from such things as threatening illegal or “immoral” acts. END_OF_DOCUMENT_TOKEN_TO_BE_REPLACED

What, me worry? Omega Protein has admitted exceeding its menhaden catch limit for 2019 in the Chesapeake Bay. Omega Protein, a Houston-based company and wholly owned subsidiary of Cooke, Inc, a Canadian firm, operates a fishing fleet based in Reedville, Va. Employing about 300 Virginians, Omega Protein has been mired in controversy over the years regarding its heavy catch of menhaden.  Since this topic has been repeatedly covered on Bacon’s Rebellion, I won’t provide detailed background. However, the environmental group Menhaden Defenders operates an informative website describing the situation.

Menhaden Defenders writes, “The commercial menhaden fishery is made up of two sectors, a reduction fishery, which grinds billions of bunker up for fish meal and oil, and the bait fishery which supplies menhaden for lobster and crab traps. Reduction fishing is an antiquated practice that has been banned in every east coast state, except Virginia.” Virginia is the only east coast state that allows reduction fishing and is also the only east coast state that allows unlimited contributions to state politicians. Over the last 26 years Omega Protein has donated just under $600,000 to Virginia politicians, political committees and PACs with the majority going to Republicans.

END_OF_DOCUMENT_TOKEN_TO_BE_REPLACED 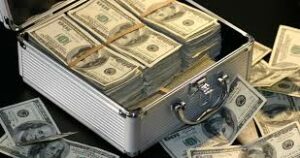 A clarification has been added to the end of this article.

Setup. Barbara Favola is the Democratic State Senator from Virginia’s 31st district.  That district is centered in Arlington but includes areas of Fairfax and Loudoun Counties as well.  Favola is a politician-for-life having served on the Arlington County Board from 1997 through 2012 and in the Virginia State Senate since then.  She is seeking to extend her 22 consecutive years in politics to 26 in the upcoming General Assembly election.  However, Sen Favola’s well laid plans hit a snag.  She will face a challenger named Nicole Merlene in the June 11 Democratic primary.  Ms. Merlene has astutely called Sen Favola’s ethics and independence into question based on Favola’s non-legislative position as the head of a lobbying organization representing clients in Richmond.  An article in ggwash summarized a debate between Favola and Merlene:

“In her opening statement, Merlene referred to a December 2016 proposal to build a 325-foot tall tower on Virginia Department of Transportation land in Rosslyn. Favola, the sitting state senator for the district, was an advisor for the project.

Merlene said this type of behavior was pervasive, citing her opponent’s relationship with Marymount University and Virginia Hospital Center, which are both clients of a lobbying organization that Favola leads when she is not working in Richmond.“This is an issue where our representative was using public office for private benefit,” she said.”

Favola responded by employing what has become known as “the Saslaw – Norment defense” which holds that no amount of money from any source could ever be corrupting based on the genetic honesty of long time Virginia politicians. END_OF_DOCUMENT_TOKEN_TO_BE_REPLACED

Da Bomb. The Virginia Pilot is reporting that Tommy Norment, R-Williamsburg, Republican majority leader of Virginia’s State Senate, was an editor for a VMI yearbook called The Bomb that printed “racist photos and slurs, including blackface”.  The yearbook in question was published in 1968.  African Americans were allowed to enroll at VMI in the Fall of 1968, presumably just after the “Norment yearbook” was published.

Full disclosure. The VMI 1968 yearbook included a statement authored by Norment in his position as an editor. His missive included the somewhat ironic line, “Work on the Bomb has permitted me to release four years of inhibitions.”  Hmmm …  Maybe sometimes remaining inhibited isn’t such a bad thing.

Judgement lapses. While it’s fair to debate whether including pictures of white people in blackface in a 1968 yearbook was a lapse in judgement or a sad practice of the day, Mr Norment has been no stranger to continuing controversy.  He was charged with DUI, attempted to chase reporters off the senate floor (where they had worked for a century), exposed as a customer of the adultery website Ashley Madison, and had an inappropriate “relationship” with a lobbyist. Norment hasn’t faced a competitive election in three senate campaigns but still receives large campaign contributions from “the usual gang of suspects”.

We the elite.  A number of proposed bills to decriminalize possession of small amounts of marijuana were put forth in the ongoing General Assembly session.  These bills were systematically killed in subcommittee by a tiny fraction of the General Assembly.  Generally speaking, five Republican Delegates decided that the proposed marijuana reform bills should not reach the full committee let alone the entirety of the General Assembly for a vote.  These five legislators know, or should have known, that the vast majority of Virginians (in poll after poll) favor the decriminalization of marijuana. END_OF_DOCUMENT_TOKEN_TO_BE_REPLACED

If the Trump administration repeals the Clean Power Plan, what justification is there for an electricity rate freeze in Virginia?

Is it time to reverse the rate freeze on electricity rates in Virginia? If President-elect Donald Trump revokes the Obama administration’s Clean Power Plan, Sen. Chap Peterson, D-Fairfax, author of SB 1095, thinks it would be.

Two years ago, no one knew what to make of the Clean Power Plan, an Environmental Protection Agency initiative that compelled electric utilities to reduce emissions of carbon-dioxide in the cause of fighting Global Warming. No one in the 2014 General Assembly session knew what the final regulations would look like or which of four broad regulatory options the Commonwealth of Virginia might adopt. If the plan required Dominion Virginia Power and Appalachian Power to close coal-fired power plants and replace generating capacity with gas, solar or nuclear, the utilities warned that rates could spike higher. On the other hand, the plan might not survive legal challenge.

At the time, it made sense to many legislators to freeze base electric rates until the dust settled. Since then, Trump has declared his skepticism of Global Warming, promised to roll back regulations hurting the coal industry, and nominated a new EPA chief who, as attorney general of Oklahoma, had filed suit to block the Clean Power Plan. However, it is not clear how quickly the plan, was implemented under a novel reading of the Clean Air Act after extensive administrative proceedings, could be repealed.

Peterson says it is time for a second look at the freeze. “You really can’t say, ‘Oh we have a federal government that’s trying to put coal out of business, so we need to give power plants a financial break.’ Sorry, that narrative doesn’t work anymore,” the Associated Press quotes him as saying.

Large industrial customers say the freeze could cost Dominion customers $2.4 billion in unnecessary payments by 2022, when the freeze expires, and Appalachian Power customers another $300 million. But Thomas Wohlfarth, a Dominion senior vice president, said those estimates are based on overly optimistic projections about the true cost of providing electricity.

Update: Well, well, this blog post had the shortest relevance of just about anything I’ve ever published on Bacon’s Rebellion. When I checked Richmond Sunlight a couple of hours ago, the bill was still alive. Now I have been informed that the bill died in the Senate Commerce and Labor Committee on a 12 to 2 vote.

Update: Peterson is vowing that “the fight isn’t over to stop excessive profits for regulated utilities.” In what may be the most quotable quote so far this session, he said: “If you use electricity in Virginia, you should want this bill. If you live in a teepee, you probably don’t care.”

Update: Yikes, the updates are flowing fast and furious. The rate freeze “has provided direct benefits to low-income seniors and military veterans through the expansion of Energy Share, and saved customers millions of dollars in costs while keeping Dominion’s rates well below the national average, which are lower now than before SB 1349 was passed,” said Dominion spokesman David Botkins.

“The broader issue of uncertainty around how EPA will regulate carbon is increasing, given the current Clean Power Plan may be replaced with an alternative that would then be subject to a new round of challenges,” Botkins said.