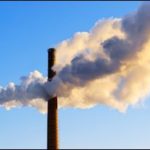 Virginia has collected its first wave of carbon taxes from the state’s electricity generators, costs which will eventually show up on future bills. The $43.6 million take just about doubles the revenue estimates used when participation in the Regional Greenhouse Gas Initiative was being approved by the Virginia General Assembly last year. Surprise!

You wouldn’t know this is a new carbon tax from coverage in The Virginia Mercury, which cites a press release from the RGGI organization. What the electricity generators are buying is an allowance, in effect a state-granted license to emit a ton of CO2. The words “proceeds” or “revenue” get used by the Mercury and RGGI, but never “tax.” But the cash flows directly to the state, which will spend it as directed by the General Assembly.

Which Virginia firms used this recent auction to buy permission to use coal or natural gas were not listed in detail, but the largest is likely Dominion Energy Virginia. Now that Dominion needs such allowances to operate its plants, the State Corporation Commission can move forward and decide how much will be added to customer bills later this year to pass along the carbon tax.

Late in 2020, Dominion proposed about a 2% increase in residential electricity costs to cover RGGI. But those estimates seem to be based on lower auction clearing prices than the $7.60 per ton of emitted carbon dioxide just paid. If that price holds through the other three RGGI auctions this year and the expected total 28 million allowances are sold, the state’s annual revenue could exceed $212 million and Dominion’s add-on charge go even higher.

The carbon price (tax) could of course go higher than $7.60 in future auctions, and likely will because the amount of CO2 allowances for sale will continually shrink. That’s the point – shrinking CO2. It is a regional auction among about a dozen states, with bidders in other states able to buy Virginia allowances and vice versa. Buyers who don’t actually own power plants can buy allowances as speculative investments.

When the Northam Administration issued a fiscal impact statement in 2020 predicting $104 to $109 million in RGGI carbon tax revenue, less than $4 a ton, it was fiction. Auction prices were already well above that. An analysis I wrote for the Thomas Jefferson Institute noted the March 2019 price (two years ago) was $5.27 a ton and would produce about $150 million in Virginia tax revenue.

Where would the $200 million plus go? Legislation in 2020 dedicated 4% of the Virginia tax proceeds to coastal mitigation efforts against rising seas, land subsidence, and storm risk. More than half will go to the Virginia Department of Housing and Community Development for energy efficiency projects for low-income recipients. In the words of David Paylor, director of Virginia’s Department of Environmental Quality, it will “apply badly needed upgrades to new and existing residential buildings.”

It is hardly the first tax on your electric bill to pay for somebody else’s ceiling insulation, efficient windows, and LED lightbulbs, and it won’t be the last one.

When Dominion filed last year to create a separate rate adjustment clause on its billing for the RGGI tax, it had already begun to buy allowances. The case, reported on earlier, will now push on to conclusion in time for a summer decision. The SCC issued an order Thursday for hearings to begin April 27.

Dominion estimated last year it would need to collect $168 million from its Virginia jurisdictional customers (about 80% of its load) in the 12 months starting with July 2021. That would include reimbursement for allowances already purchased. It proposed the add-on charge would be $2.39 per 1,000 kilowatt hours, a flat rate for all classes of customers.

The other major investor-owned utility, Appalachian Power, serves the western part of the state with most of its generation outside of Virginia. It has not requested a separate charge on its bills to compensate for its much-smaller RGGI taxes paid to Virginia. Independent generators now having to buy CO2 allowances to continue operating simply pass the cost along as they can.

The Dominion request to the SCC is drawing opposition. The Office of the Attorney General has filed testimony complaining about the company’s request to charge ratepayers interest on the money it uses to buy allowances. Even more strenuous objections have been raised by an expert brought in by Appalachian Voices, an environmental group. Wrote Karl Rábago on his client’s behalf:

The Company has failed to justify that it is purchasing the necessary amount of allowances and failed to establish that they are planning to procure such allowances in a least-cost, optimal way. Moreover, the Company proposes procuring 10 to 20 percent more allowances than it purportedly needs but has done no economic analysis to support this approach. Importantly, the Company proposes an incentive to over-procure allowances—rather than accurately project need—as it seeks to earn a rate of return on unused allowances.

…Such over-procurement may even affect the entire RGGI market, driving up RGGI allowance market prices, which could once again increase Company earnings while unnecessarily increasing customer costs.

What, Dominion seeking to add a bit of extra profit on the side? Again, surprise! This is not just a simple pass-through charge, and as that carbon tax continues to grow (count on it), so will the stakes for customers. This case bears watching, if only because it lays the groundwork for the next carbon tax battle, this one over motor fuels.