Then They Came for the Gravestones 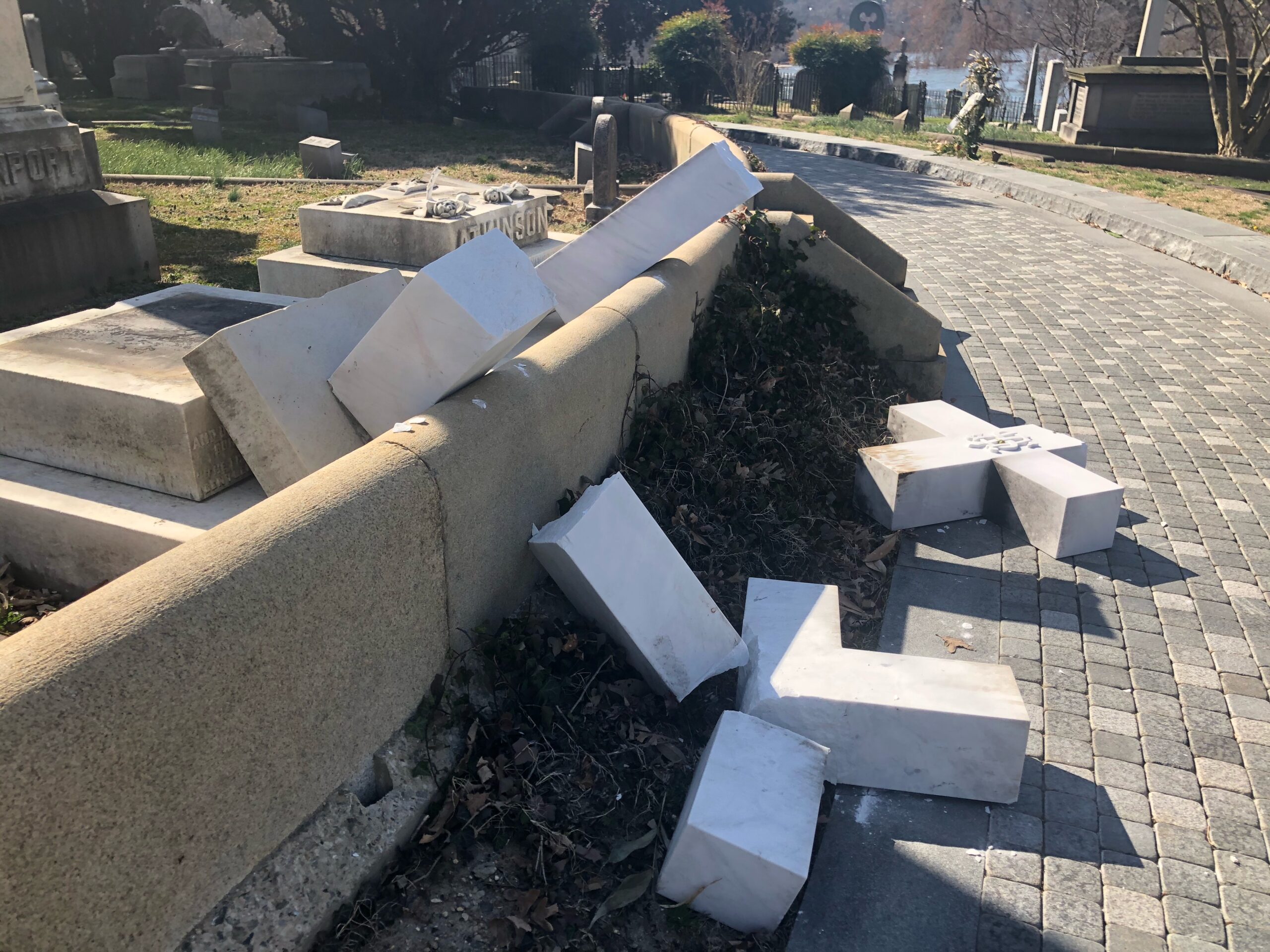 Vandals this weekend overturned numerous memorials and markers in Hollywood Cemetery, a historical cemetery overlooking the James River that is closely identified with the Old South. The historical graveyard, opened in 1847, is the final resting place of presidents James Monroe and John Tyler, six Virginia governors, two U.S. Supreme Court justices, and Confederate President Jefferson Davis, and it has a monument to 18,000 Confederate enlisted men buried nearby.

Visitors discovered the damage Saturday morning. Destruction of the markers occurred in the “President’s Circle,” where Monroe and Tyler are buried.

The identity and motives of the vandals are not known, but the destruction follows a wave of vandalism and graffiti directed against the Confederate memorials and statues this summer. Cemetery officials have filed a police report and the matter “is under investigation,” reports WTVR. As of 3:30 p.m. Sunday, The Richmond Times-Dispatch had not yet acknowledged the incident. 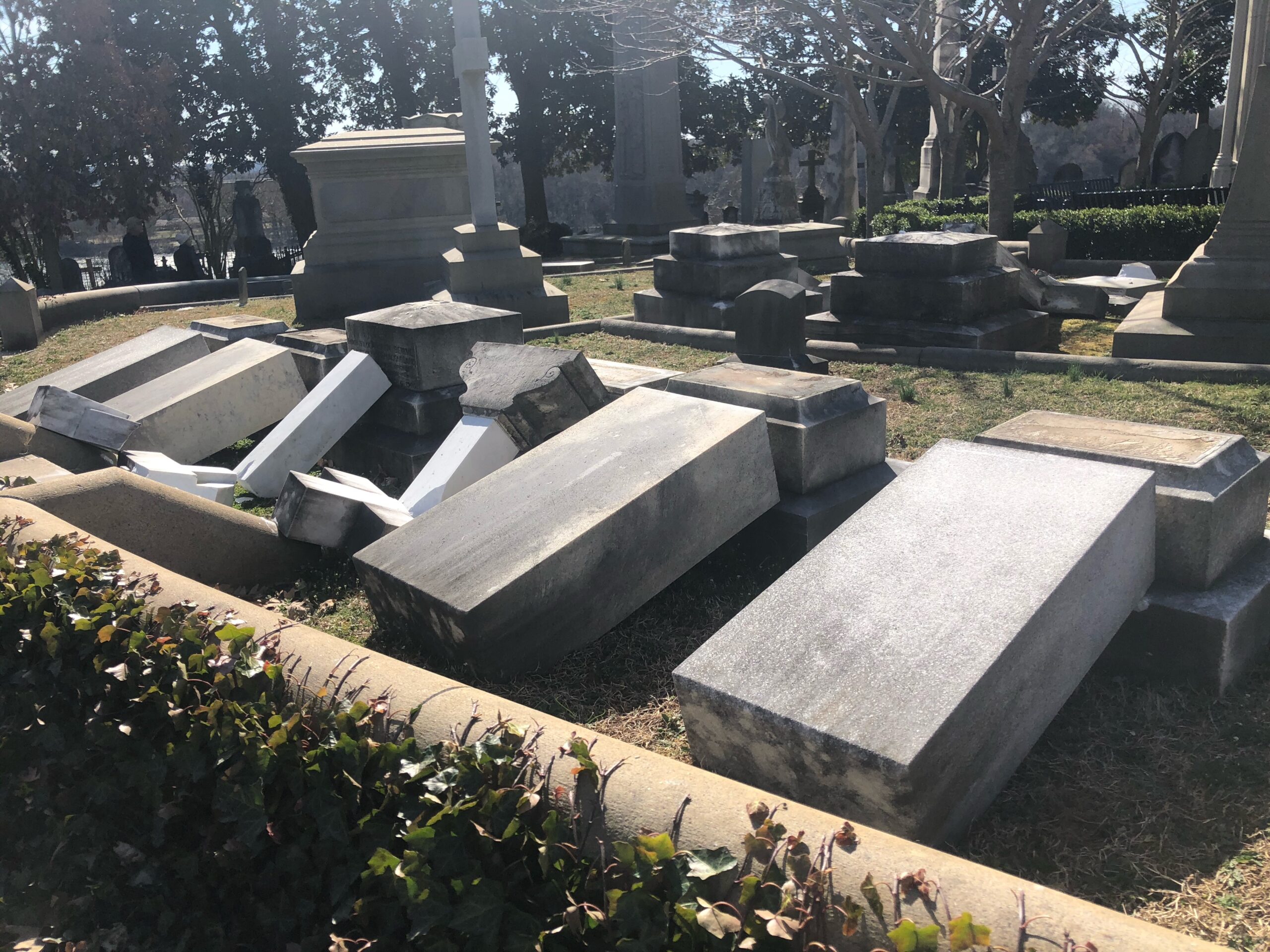 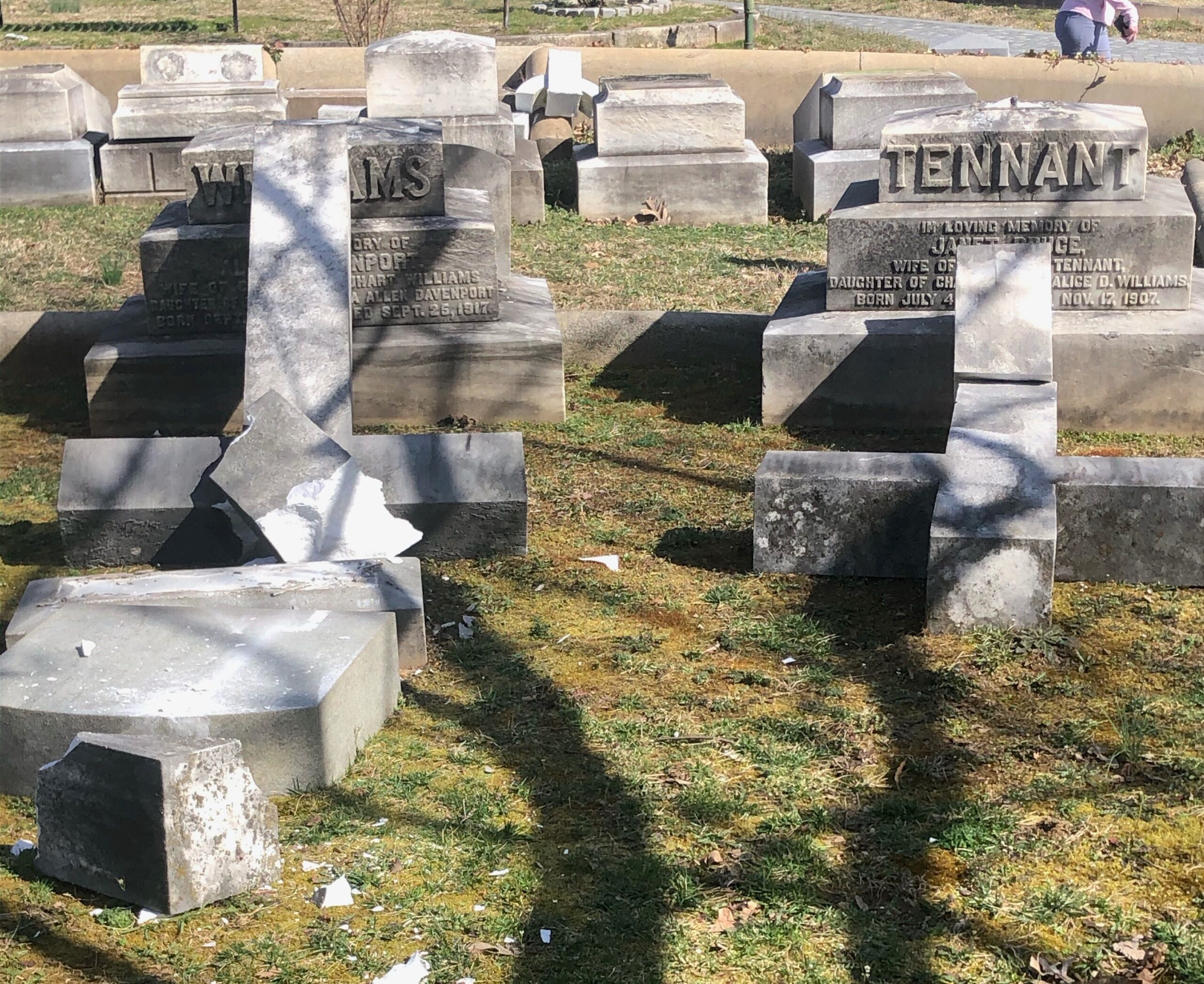