Schrödinger’s Schools? Are Virginia’s Schools Good Or Not? Yes. 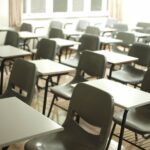 In the tiresome debate about our schools, here in Virginia and nationally, questions like “Are schools as good/bad as people say?” dominate.

These are the wrong kind of questions.

The big story of American education is variance — in everything from funding to outcomes. School performance is mixed overall and here in Virginia. That’s why Virginia at once has schools that are the envy of the world, and also fewer than one in five Virginia low-income and/or Black 8th-graders are proficient on the highly-regarded NAEP assessment and there are big gaps on our state assessments and a lot of underperformance. Often the schools producing those disparate outcomes are in close quarters to one another.

Yesterday, Virginia released school accreditation ratings based on the most recent student achievement data. Because Virginia doesn’t have any sort of accountability system or much in the way of school choice, these ratings take on a lot of substantive and political weight. They also pretty consistently lead to a lot of confusion. This year is no exception. The new rankings show that almost all Virginia schools are accredited and doing OK, even though we know there were problems before the pandemic — and that the pandemic was a disaster for a lot of kids.

So a lot of folks are chirping that this must be because things are OK even though the governor somehow doesn’t want them to be and is cooking up a crisis. That’s a now long-running debate. On a few levels this makes no sense, including the most obvious one: we’ve seen the most recent results on Virginia’s own assessments: 2021-2022 SOL results were released last month. And other data confirms the problems. You have a three-fold increase in students showing growth instead of proficiency and 4x in math.

Look, an accreditation system that produces just a three-point decline in the number of schools accredited when the bottom has basically fallen out on student achievement in many places is a system without face validity. Virginians deserve better. The goal is obviously not to manufacture a certain number of schools doing well or not doing well. It’s just that we* should have a system that better reflects reality and that is more transparent for parents.

If you think this is just a Youngkin thing, here’s The Washington Post editorial board in 2022 and in 2017. Here’s the invaluable Matt Hurt with more.

The issue here is not re-litigating pandemic choices. This was a pre-pandemic issue, too. Rather, it’s problems with features of how the accreditation system works. For instance, growth is counted as proficiency, which disadvantages kids; the system that is intended to be earned autonomy for high-performing schools (a good thing) ends up creating loopholes; and it’s confusing as hell for parents and educators. It doesn’t really include school divisions who actually oversee and are responsible for the schools. There is more. We also have a problem with what a passing student test even means – we need more transparency about cut scores on various tests so parents can appreciate what passing means in terms of what children know and do.

For instance, I don’t think most parents appreciate this reality in all the happy talk: 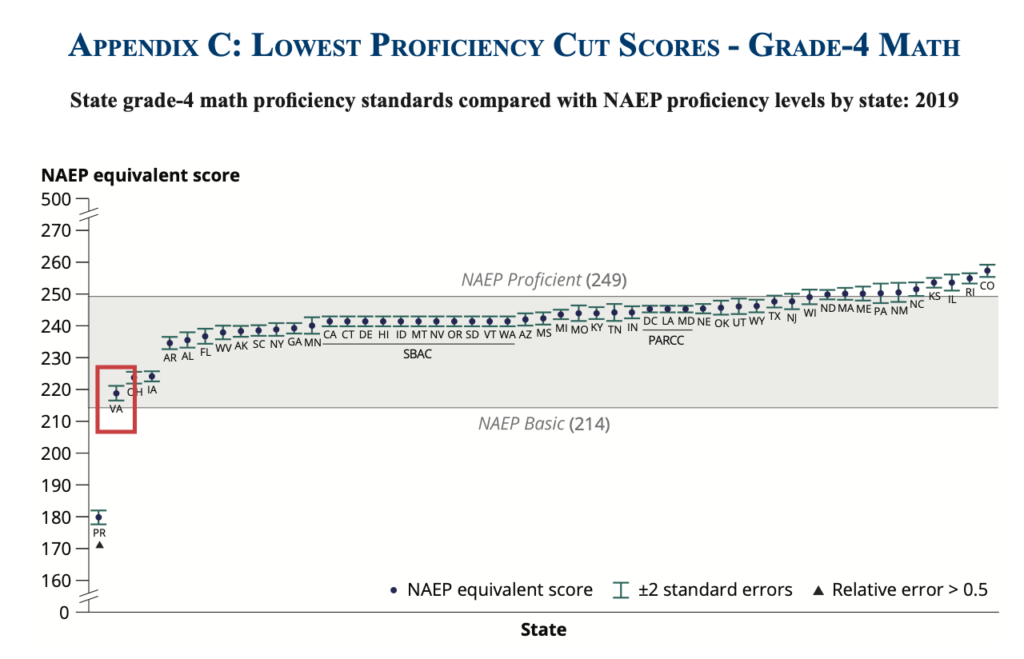 Here’s a good analysis of how accreditation works prepared by the team at the Virginia Department of Education.

The Governor asked the State Board of Education to revise the accreditation system. He’s right to do so, and we should. It’s too complicated for parents to understand and it’s not producing results that square with reality. I know there are strong feelings about the governor, but reasonable people should not find a lot to argue with here in terms of the need for changes. We can do better. Governor Youngkin yesterday:

Andrew Rotherham serves on the Virginia Board of Education. This column has been republished with permission from blog Eduwonk.

This entry was posted in Education (K-12) and tagged Andrew Rotherham, SOLs. Bookmark the permalink.