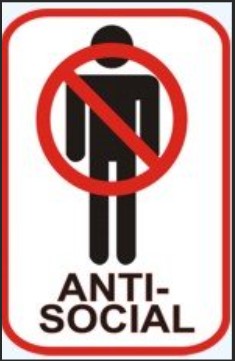 Joel Mungo is a teacher at Menchville High School in Newport News. Over the past several months, he says, someone periodically left a banana outside his classroom door in what was “clearly a deliberate act.” As a Black person, he not unreasonably interpreted the bananas as a play upon the old racist trope that compared Black people to monkeys.

After the sixth incident, reports WAVY News, Mungo complained to the school administration. A review of surveillance footage found that the culprit was one of his 10th-grade students. The racist implications were self-evident. As Mungo told WAVY, “I’m the only Black teacher he has. He has six other teachers. No other teachers were involved.”

When notified, the student’s parents seemed to be truly embarrassed, Mungo says. But when the child was suspended, they became irate. The article does not say why, but one can imagine that they considered suspension from school to be excessive for the nature of a non-violent, non-criminal offense. For his part, Mungo remains angry, and he is in the process of pursuing legal action, he says, although it’s not clear from the article whom he intends to sue or on what grounds.

“It’s 2022. Just to have some type of hate crime is absolutely ridiculous. I was sickened,” he said. “I’m just fed up with the racism around, especially at our academic institutions. It’s time to take a stand and just let people know it will not be tolerated. … You can’t allow it to go on because then it will just continue to go on.”

Let me make it 100% crystal clear that (1) I sympathize with Mr. Mungo for the indignity he suffered; (2) such behavior cannot be condoned or tolerated; (3) some kind of chastisement for the child is in order; and (4) it is a sad commentary that such behavior still occurs in our day and time. But I would like to push beyond such easy conclusions, which I expect all Bacon’s Rebellion readers would share, to explore what this incident tells us about the evolution of racism in Virginia today.

Two points. First, Mungo views the act of leaving bananas on his doorstep as a “hate crime.” A crime? Really? What is the criminal offense? Should we be criminalizing racist insults? If so, do we criminalize all racist insults — I still vividly remember being called a “white motherfucker” — or only racial insults directed against certain groups but not others?

What is the best way to deal with this category of offense? Is it to appeal to one another’s common humanity in a spirit of generosity and forgiveness in the hope of inspiring better behavior? Is it to respond in a spirit of retribution, running the risk of inspiring anger and resentment in turn? Or is there some middle ground that exposes the offender (in this case a child) to social opprobrium and disapproval at a level commensurate with the offense? I’ll leave that to others to debate.

Second, to mangle a phrase from the old Oldsmobile ad, this is not your father’s racism. I think we are seeing an emergent form of racist behavior that bears zero resemblance to the bigotries of old. I call this anti-social racism. I know nothing about the student or his motivations (and, yes, I’m almost certain it was a “he”), but I have witnessed or heard stories about similar behavior in children before, and the behavior stems from very different roots than the racism of the past.

The starting point in understanding this incident is that in all probability the student knew that racism was wrong. He did not learn the racism at home. Even Mungo acknowledges that the parents were embarrassed — as they had every reason to be. We do not know from the article how loudly and ostentatiously racism was condemned at home, but it certainly was condemned at school, as it is in mainstream media, as it is in the social media that school kids absorb, and as it undoubtedly is among most Menchville High school students. If a school kid commits a racist act today, it is almost by definition an anti-social act — spitting in the eye of established social norms.

I would further conjecture that the 10th grader in question is dealing with emotional issues of some kind. He’s an adolescent! Perhaps he is socially awkward. Perhaps he has trouble fitting in. Perhaps he has been bullied. Perhaps he suffers from anxiety or depression. I don’t know, but it would be worth finding out.

To repeat myself: no level of emotional turmoil justifies engaging in racist behavior. Parents, teachers and other adult authority figures need to set clear boundaries for acceptable behavior. But it behooves us to understand where the behavior is coming from.

Anxiety, depression and other forms of mental illness are epidemic in the current generation of school children. We will see more anti-social behavior. Paradoxically, the more we talk about race, the more we elevate race as the primary source of personal identity, the more we treat racists as outcasts, I predict, the more outcasts will use race as a way to express defiance of social norms. We cannot tolerate the behavior. But it is important not to confuse bananas in the doorway with the racism of old. It is a new phenomenon and we must find new ways to deal with it.