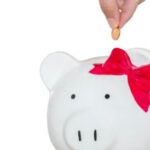 File this under “Virginia Democrats have no shame.”

On second thought, perhaps it should be filed under “Patrick Wilson is the best newspaper reporter in Virginia.”

Wilson, some of you may remember, was an ace reporter at The Virginian-Pilot for many years until the Richmond Times-Dispatch stole him away. I know Wilson and he’s an absolutely tenacious investigator who can sniff out impropriety in government and report fairly on it.

For instance, during the past year he’s provided Virginia with shocking details about the Parole Board scandal — you know, the gang that “waved its magic wand of freedom“ over murderers and set them free — that other news outlets were too lazy to dig up or report.

Now, in classic Wilson style, he’s reporting on the small-but-telling hypocrisies that pop up whenever the General Assembly is in session.

Make that “special” session. Lawmakers are back at the Capitol for two weeks to rubber stamp Gov. Ralph Northam’s spending plans. Because this session is special, legislators believe they are not bound by state law that prohibits fundraising while they’re doing the peoples’ — or rather the governor’s — business.

The ever-attentive Wilson noticed that on the first day of the session – -Monday — a 9:30 a.m. meeting was cancelled.

The majority party in the General Assembly kicked off a special session with a morning fundraiser at the John Marshall Ballrooms, inviting lobbyists to join Democratic legislative leaders for breakfast at 8 a.m., according to an invitation, Wilson wrote.

Democrats also canceled a tentatively scheduled 9:30 a.m. meeting Monday of a study group on campaign finance reform, which has never met even though it has a Nov. 1 deadline to issue a report.

Yep, Democrats actually cancelled a meeting to study Virginia campaign finance laws to attend a swanky breakfast that circumvented a law that forbids them to raise money during a session. This law was designed to put some distance between big money and legislation.

State law is murky about whether lawmakers may raise funds during a special session. Even the University of Virginia’s Larry Sabato isn’t sure, according to a story earlier this year in the Times-Dispatch:

“Maybe they technically can raise money” during a special session, said Larry Sabato, director of the Center for Politics at the University of Virginia, noting that he is not “100% certain” on the issue.

“But doing so is clearly against the spirit of the law, since this so-called special session is just a sleight-of-hand maneuver around the GOP’s refusal to have the normal length session.

“Anybody who raises money during this extra session is creating an issue that their opponents can and should use against them on the campaign trail and in TV ads.”

All 100 delegates are up for re-election in November. Looks like the Dems just handed their opponents an issue.

Guess they didn’t figure Wilson would find out about their chicanery.

Talk about sleight-of-hand. Even if it is illegal to raise money during a special session, these panhandling politicos will argue that the session didn’t begin until noon on Monday. As long as they’d wiped the egg off their faces and stuffed their pockets with lobbyists’ dollars by 11:59 a.m., they didn’t violate the law.

Someone please remind these legislators that actions can be legal, but wrong.

This is one of those times.

This entry was posted in ethics, General Assembly, Money in politics and tagged Kerry Dougherty. Bookmark the permalink.