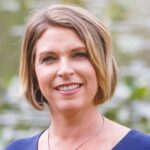 Five interrelated bills that will strengthen the State Corporation Commission’s oversight during Dominion Energy Virginia’s next rate case advanced out of the House of Delegates Friday, with the two strongest receiving either 12 or 10 Republican aye votes.

All received at least some Republican votes, and four of the five had Democrats voting in opposition. After I made a pitch (elsewhere) for Republicans to do this, a report on the outcome is in order. A major Dominion rate case begins in April and may be reaching a conclusion around Election Day, and by then the impact of all the restraints put on the SCC in past years may be painfully clear to millions of Dominion customers.

Most of the Republicans will be able to point to votes last year against the Clean Virginia Economy Act, which was almost an entirely party-line vote. But the arguments in the 2021 rate case will not be about the solar and wind projects to come, but about the excess profits already earned by the utility in the past four years. These bills were focused on that problem. 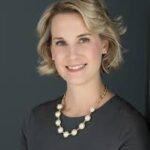 The honor roll on the Republican side includes three delegates who voted for all five bills: Lee Ware of Powhatan, Carrie Coyner of Chesterfield and Amanda Batten of York County. Three more voted for four of the five bills:  Nick Freitas of Culpeper County, David LaRock of Loudoun County and Joe McNamara of Roanoke County. An honorable mention goes to Charles Poindexter of Franklin County, who voted for three, including the two best. 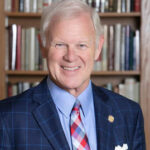 Give legislators a string of bills on a controversial topic and their instinct is often to mix their votes, providing a bit of political cover.  These bills were not perfect and do not solve all the problems that past General Assemblies have created for electricity customers. But the seven listed above all voted for the two strongest, and another eight who voted for at least one of the two best bills, can claim they stood up for consumers.

Fully one third of House Republican Caucus voted for at least one of the two bills that did the most to restore SCC oversight authority. Which of course leaves two thirds who did not.

One of the two best bills was House Bill 2200 (roll call), which incorporated a similar bill sponsored by Ware. Ware spoke in favor of the bill on the floor, which contributed to the high-water mark on that one. The other strong bill was House Bill 1984 (roll call), a short and clear statement of the General Assembly’s desire for the SCC to return to full regulation and oversight.

…the Commission may use any methodology it finds consistent with the public interest to determine fair rates of return on common equity for the utility’s generation and distribution services. In any such triennial review, regardless of whether the utility earned above or below its authorized rate of return during the test period under review, the Commission may also order any increases or decreases to the utility’s rates for generation and distribution that it deems necessary and appropriate, as long as the resulting rates provide the utility with the opportunity to (i) fully recover its costs of providing its services and (ii) earn an authorized rate of return.

If it is clear by October that the SCC is prevented from exercising that discretion, which is standard in traditional regulatory practice around the United States, a no vote on that might prove difficult to justify. If implemented, it would completely reverse the Rube Goldberg regulatory maze Dominion has built since 2007. On that one, only one Democrat, Steve Heretick of Portsmouth, joined 34 Republicans in opposition.

The Republicans who voted no on all of them include gubernatorial candidate Kirk Cox of Colonial Heights and a candidate for Attorney General (and thus Virginia Consumer Counsel), Jason Miyares of Virginia Beach. The Democratic nominee for attorney general will either be incumbent Mark Herring or Norfolk Delegate Jerrauld “Jay” Jones. Jones sponsored one of these bills and Herring had his staff lobbying for them. Expect this as an issue.

When Democrats voted no, they were usually from Hampton Roads, such as Heretick. That region expects to benefit immensely from the massive construction effort on the planned Dominion offshore wind project.

On to the Virginia Senate, where the death of these bills likely be clearly bipartisan. A similar Senate bill has already died in the Energy Subcommittee of Senate Commerce and Labor, where the Democratic Chairman Richard Saslaw is totally hostile to these reforms.

A sixth bill dealing with retail consumer choice for 100% renewable energy, allowing Dominion and APCo customer to leave the monopoly for competitive suppliers, also passed with 11 Republican ayes. That was not part of the reform package, and as discussed before is not a clearly great thing for the customers left behind in the monopolies.

The partisan debates and voting patterns over this need to end. My deep and abiding complaint against groups such as Clean Virginia is that they are openly partisan and do virtually nothing to garner support among Republicans, and perhaps at this point it is too late to try.

Other conservative activists, including a person who tracks bills for the Tea Party, joined Thomas Jefferson Institute in expressing support for these reforms. Quite a few Republican voters do not like to see corporate lobbying interests overpowering the best interest of low and middle-income Americans, which of course many of them are. The type of balanced regulation normally provided by strong utility commissions is the essence of “conservative,”  with the big government activists eager to dictate outcomes through statute.