Northam Gets an Earful on Marijuana Legalization Bill 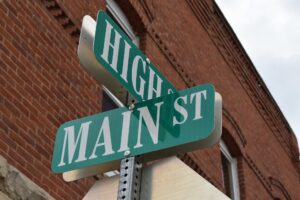 Image by JR Byron from Pixabay

Slow burn. The General Assembly passed marijuana legislation and sent it to the governor to sign. However, almost nobody seems satisfied with the bill as it is written. Now Governor Ralph Northam must decide whether to sign the bill, veto the bill, or ask for the bill to be amended. As he ponders his next move, he is getting a lot of advice from different directions.

While there are many issues with the proposed legislation, the timeline for recreational legalization of possession is arguably the biggest problem. The legislation, as written, would legalize recreational marijuana possession and sale in 2024. Yes, more than three full years from now. That doesn’t sit well with a lot of people including Democratic State Senator Louise Lucas, who wrote on social media, “Kicking the can down the road has the effect of continued over policing people of color.” Sen Lucas would like to see marijuana legalized on July 1, 2021.

Water, water everywhere but not a drop to drink. It will take considerably longer than three-and-one-half months to set up a properly regulated recreational marijuana sales operation. Under Sen. Lucas’ request it would be legal to posses marijuana in Virginia but there would be no legal place to buy the weed. Therefore, the sale would have been done illegally even though the possession of the marijuana would be legal. Lucas cites the reality of disproportionate enforcement of Virginia’s marijuana laws against people of color as a reason to legalize possession (of a relatively small amount of pot) well ahead of opening legal dispensaries in the state. Others disagree. Opponents to 2021 legalization  see legalized possession in a state where there are no legal dispensaries as a catalyst for increased black market activity. As WTOP noted, “The Virginia Senate had sought to legalize simple possession this year to immediately end punishments for people with small amounts of marijuana, but House Democrats argued that legalization without a legal market for marijuana could promote the growth of the black market.”

Now, On my right …  Some Republicans in the state want Northam to refuse to sign the bill at all. Virginia Republican Rep. Bob Good sent Northam a letter on U.S. House of Representatives’ stationary expressing his “strong opposition to legalizing marijuana in the Commonwealth of Virginia.” One of Rep Good’s concerns is that legalizing marijuana undermines the rule of law since pot is still a Schedule I substance under the Controlled Substances Act. Perhaps Rep Good should travel more. One in three Americans now live in states where recreational marijuana is legal.  President Trump had four years to enforce federal law but (wisely, in my opinion) decided not to do so. Why is “the rule of law” now a major issue? In fairness, Rep Good has other, better reasons for opposition such the possibility of increased use by teens and car crashes caused by stoned drivers.

Other flaws. I had the chance to speak with Ms. Valerie Slater, executive director of Richmond-based RISE for Youth about the proposed legislation. From their website, “RISE for Youth is a nonpartisan organization committed to dismantling the youth prison model and ensuring every space that impacts a young person’s life encourages growth and success.” My conversation with Ms. Slater was a constructive, far ranging critique of the juvenile justice system in Virginia that I will describe in a dedicated later post. However, she and her organization specifically oppose the bill’s inclusion of a delinquency charge for juveniles found in possession of marijuana. Ms. Slater was very clear that she does not want underage Virginians possessing marijuana but favored sending children found in possession to evaluation for appropriate services rather than processed through the criminal system. Moreover, she felt the bill’s requirement that possession on school property be a class 2 misdemeanor needed to be removed. RISE for Youth sees that punishment as too harsh and will again result in disproportionate enforcement against children of color.

My take. First, a Christopher Newport poll from Feb, 2021 found that 68% of Virginia voters favor “the legalization of marijuana for recreational use by adults.” Let’s move on from the question of “if” and focus on the question of “when.” The question of legalizing recreational use marijuana was studied for a full year ahead of the 2021 General Assembly session. Now it will take over three years to establish the infrastructure required for legal sales  C’mon man. A three- toed sloth moves faster than that. There’s a lot of tax money being lost while Virginia dawdles.

Decriminalization did not solve the equity issue. Blacks and whites use marijuana at approximately the same per-capita rates. However, since marijuana was decriminalized in Virginia (July 2020) black Virginians made up 52% of all possession charges despite accounting for roughly 20% of the population. I don’t care if these are “add on” charges or not — it’s just not fair. D.C. has been living in the netherworld of legal marijuana without legal dispensaries for years (compliments of Republicans in Congress). The District hasn’t slipped into chaos and neither will Virginia. Northam should demand legalization on July 1, 2021. It’s time to end the racial disparities that seem to always come with the enforcement of marijuana laws, even after decriminalization.

As for what should be done with children found in possession of marijuana, I’m no expert. However, I’m going to side with Valerie Slater and RISE for Youth. I see marijuana possession by youth as about the same as possessing beer. Neither are appropriate. However, I can’t imagine putting a child into the criminal justice system for having a beer in her backpack at school anymore than I can the same for possession of a joint. The kids need counseling not a criminal record.