North of the James: Fastest Growing Housing Prices on the East Coast 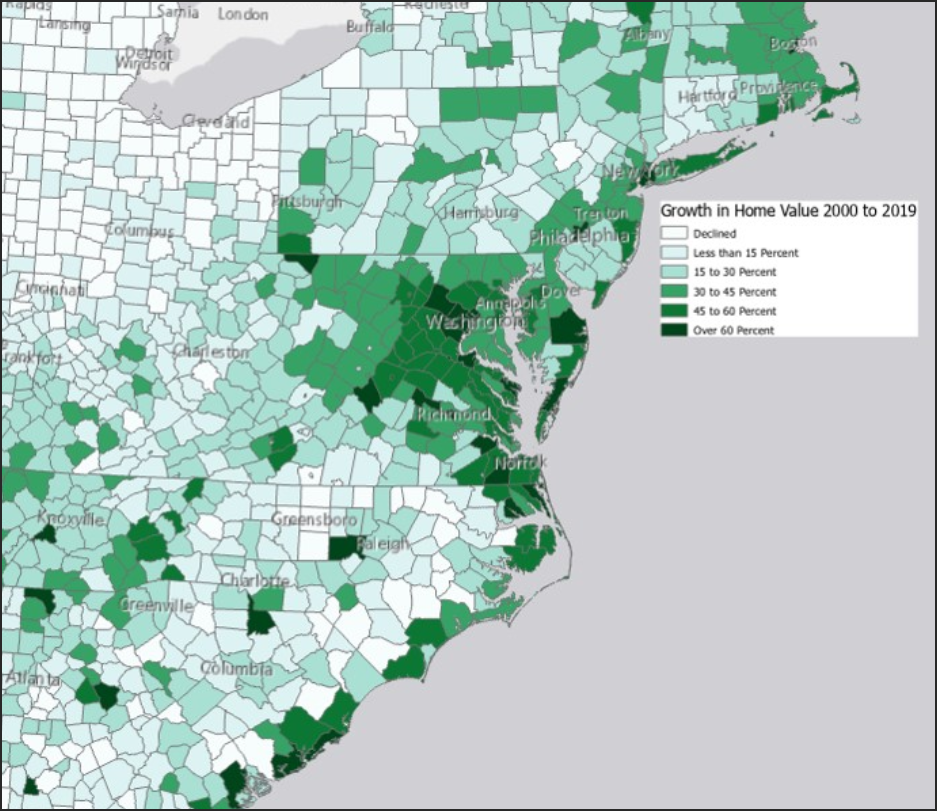 Ever since the late 1930s Virginia’s population has grown faster than that of the nation — until the past few years, that is. Recently, Virginia has experienced a slight net out-migration of domestic residents, and population growth has slowed to match that of the U.S. as a whole.

Writing in the StatChat blog, Hamilton Lombard at the University of Virginia’s Demographics Research Group suggests that a contributing factor is the relative rising cost of housing. He writes:

As recently as the 1990s, Virginia was, like its southern neighbors, a significantly more affordable place to live than most northeastern states. The median home price in Virginia in 1990 was half that of Connecticut but close to a third more than in North Carolina. However, over the past couple of decades, home prices in most places in Virginia rose faster than the rest of country.

Today, says Lombard, Arlington and Fairfax have the most expensive housing among all East Coast counties — exceeded only by Martha’s Vineyard and Nantucket.

Bacon’s bottom line: Governor Youngkin, do you want to address the cost of living in Virginia? You need to start with the cost of housing!

This entry was posted in Demographics, Housing and tagged James A. Bacon. Bookmark the permalink.