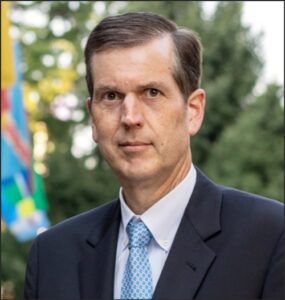 Attorney General Jason Miyares has selected Clifton M. Iler as the University Counsel for the University of Virginia. As the university’s lead attorney, he will supervise a team of nine other attorneys, including three for the health system.

“Cliff is a brilliant attorney with over a decade of experience in higher education and healthcare law. I am confident he will be an excellent addition to the University of Virginia and serve the students, faculty, staff, and Commonwealth well,” said Attorney General Miyares in the prepared statement.

Miyares caused a media kerfluffle when he sacked the previous university counsel, Timothy Heaphy, with vaguely-worded reasons relating to the circumstances of his appointment and his legal reasoning. There followed a wave of speculation that Miyares had fingered Heaphy because he had taken a leave of absence to lead the congressional investigation into the Jan. 6 mob scene at the U.S. Capitol.

While Heaphy had worked as a white-collar criminal defense attorney, law professor, and former U.S. federal prosecutor, he had no career background in issues relating to running universities and hospitals. But Iler has that background in spades. Before his job at UK, he had worked for MCG Health associated with the Medical College of Georgia.

People think of the University of Virginia primarily as an academic enterprise that happens to own a health system. The truth is that the UVa Medical Center and affiliated medical enterprises generated $1.8 billion in revenue in Fiscal 2021, three times the $600 million generated from student tuition and fees. The UVa Medical Center accounted for $390 million of UVa’s $1.2 billion in projected capital projects for 2020-21.

UVa President Jim Ryan, like previous university presidents, brings an academic background to the job. He, like his predecessors, had no expertise in running a billion-dollar health system, which has a unique set of regulatory and legal issues. For example, UVa’s medical center generated controversy in recent years over its aggressive billing practices.

Conservative critics of the University of Virginia had hoped Miyares would choose a University Counsel who would act vigorously to uphold freedom of speech and end compelled speech in the form of mandatory Diversity, Equity & Inclusion statements. Nothing in the press release or Iler’s resume gives a clue how he might approach those issues. To all appearances, Miyares did not pick someone based on political or ideological factors; he picked a technocrat.