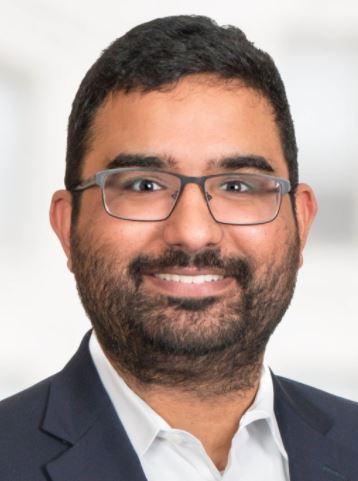 A certain KP Nayar offers an interesting perspective on Virginia’s gubernatorial election from his vantage point as the Washington columnist for Moneycontrol.com, an English-language publication serving the business market in India.

“Indian Americans constitute only one percent of the U.S. electorate, but Virginia is a state where they have influenced state politics far in excess of their numerical strength or fund-raising clout,” Nayar writes in a column entitled, “How Indian Americans in Virginia may have derailed a second term for US President Joe Biden.”

The column reminds me of a refugee from Castro’s Cuba I knew in the 1970s who contended passionately that Cuba stood at the center of the geo-political universe. His Cuba-centrism was a stretch, but it contained kernels of truth. I can’t think of a single American commentator who has remarked upon the role of Indian Americans in the 2021 elections. Still, Nayar’s ethnocentrist perspective might provide insights that American commentators have overlooked.

“The resounding failure of Terry McAuliffe’s attempt to return to the gubernatorial mansion in Virginia captured headlines the world over because his defeat marks the end of the Bill and Hillary era in U.S. politics,” Nayar writes. “McAuliffe has been the alter ego of the Clintons since 1996 when they made him Co-Chair of the 42nd US President’s successful re-election campaign.” With the possible exception of Rahm Emanuel, he adds, every other Clinton acolyte has fallen by the wayside, retired or been enmeshed in scandal.

I hadn’t thought of the election in those terms, and I can’t recall anyone else who has. But there’s something to it. With McAuliffe’s defeat, the Clinton machine is finished. (The recent revelations by the Durham investigation of the Clinton campaign’s orchestration of the Russia collusion hoax, which Nayar did not mention directly, seem almost redundant now.)

Nayar continues, elaborating upon the role of Indian Americans.

Indian Americans constitute only one percent of the US electorate, but Virginia is a state where they have influenced state politics far in excess of their numerical strength or political fund-raising clout. This has been by accident rather than design. In 2006, it was widely expected that George W Bush would be succeeded in the White House three years later by Virginia’s George Allen, a charismatic and dynamic Republican. Allen had already been Virginia’s Governor. In 2006, he was seeking re-election for a second term as US Senator from that state. He would have been a fitting rival to Barack Obama if he had won the Republican Party’s presidential nomination in 2008.

Allen’s nemesis was a 20-year-old US student of Indian origin, who destroyed his presidential aspirations. Call it bad judgement on the part of Allen, his ill luck, or fate, SR Sidarth buried Allen’s political future itself in the course of that Senate campaign. Sidarth, then a student at the University of Virginia, was a volunteer working with Allen’s Democratic rival James Webb. His assignment was to shadow Allen with a video camera on the campaign trail, which is common practice in the US.

Although Sidarth had met Allen, and explained his volunteer assignment to him, the Indian American’s constant presence at his campaign events irritated Allen. One day he called Sidarth a “macaca” in public. Macaca is a strain of monkey that is found in the eastern hemisphere, and the term is also used as a racial slur. Within hours all hell broke loose. The national media and civil rights supporters seized on Allen’s remarks, and accused him of racism. The incident set in motion a train of events that ended in Allen’s defeat. …

In McAuliffe’s loss too, Indian Americans had a role, although this time it was not accidental. In the last two decades, Indian Americans have moved to Virginia’s northern suburbs — NOVA for short — bordering Washington, in large numbers, mainly because of NOVA’s schools and opportunities in technology. They were incensed by McAuliffe’s school education policies. Democratic voters by tradition, Indian Americans voted en masse against McAuliffe and helped Republicans win.

What the Jews were to 20th-century America, the Indians are to the 21st-century — a small but spectacularly upwardly mobile ethnic group. Just as Jews first achieved success in business, the professions, and academia before branching into politics, the same has been largely true of Indians. (Nikki Haley and Bobby Jindal have been notable exceptions.)

It would be an understatement to say that Indians have cracked the ranks of Fortune 500 executives. They dominate all out of proportion to their numbers in the population. The CEOs of Google, Microsoft, Pepsico, Cantor Fitzgerald, Adobe Systems, MasterCard, and many other companies, including some of the most prominent technology companies in Northern Virginia, are run by Indians. One secret to their success, like that of the Jews before them, the emphasis on educational achievement. Indians excel academically in Virginia schools. To say that they are “acting White” would be an absurdity — Indian children on average far out-perform White children. They set the standard. It would be more accurate to say that high achievers of other ethnicities are “acting Asian.”

In their quest to achieve “equity,” defined as equal group outcomes, the Northam administration in Richmond and its local allies in Northern Virginia have been dismantling the meritocratic system that Indian families view as their conveyer belt to success. Regarding the achievement of Indians and East Asians as a refutation of their Manichean ideology pitting White oppressors against Black victims, wokists have portrayed Indian Americans far more negatively than Allen ever did with his careless macaca remark. Wokism arguably represents a bigger threat to Indians and other Asians than it does to Whites.

Unless Democrats change their tune, Indian-Americans could well become a core constituency of the Republican Party. They may be relatively few in number, but they are increasingly influential.

This entry was posted in Culture wars, Politics, Race and race relations and tagged James A. Bacon. Bookmark the permalink.