Imprisoned by the Past 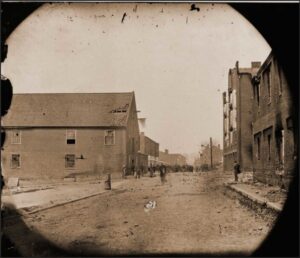 As a parting gift to Virginia, outgoing Attorney General Mark Herring has overturned 58 opinions issued by attorneys general between 1904 and 1967 that supported racially discriminatory laws from poll taxes to the prohibition of interracial marriage.

“While these discriminatory and racist laws are no longer on the books in Virginia, the opinions still are, which is why I am proud to overrule them,” Herring said in a press release today. “We are not the Virginia we used to be, and in order to truly be the Virginia that we want to be in the future we need to remove any last vestiges of these racist laws.”

Herring’s action will have no practical effect — the laws supported by these opinions have all been overturned. But many African-American politicians and activists found solace in the gesture.

“Just like Virginia wiped racist, outdated laws off its books in recent years, so too should it wipe away racist, outdated legal opinions that supported and helped to implement those laws,” said Cynthia Hudson, a former chief deputy attorney general and chair of the Commission to Examine Racial Equity in Virginia’s law.

I have mixed emotions. I can see the symbolic value of getting these heinous rulings off the books. (See a compilation here.) We should slam the door on Virginia’s racist past. However, I find the fixation on the past a distraction from current-day injustices that have origins unrelated to historic racism. Continually dredging up ancient wrongs feeds African Americans’ sense of alienation, victimhood and grievance, and it perpetuates the false narrative of systemic modern-day racism.

America has spent the past 55 years (using Herring’s demarcation line of 1967) not only expunging racism from American laws but trying to make amends through the never-ending expansion of the welfare state. We’re not perfect. Some of our institutions, especially criminal justice and housing, could benefit from fine-tuning.

But the primary sources of “inequity” — unequal group outcomes — has no connection to the 58 racist rulings, some of which date back a century.

What are the sources of immiseration today? Consider these:

I could go on and on. “Progressive” policy prescriptions today — now, in the 21st century, not the Jim Crow era — have proven disastrous to African-Americans at every turn. “Progressives” benefit from these policies, which invariably mean more spending, more sinecures, more consulting work, more status, more influence, and more power for them. Focusing on past wrongs serves their ends by distracting from the massive policy failures of the present.