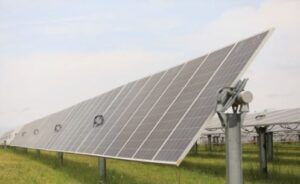 This was first published at cfact.org and is reproduced with Wojick’s permission.

Many states and the utilities they regulate are talking about replacing their coal and gas fired generators with solar and wind power. For example, I recently wrote about how the crazy-named Virginia Clean Economy Act already has almost 800 square miles of solar slabs in the developmental lineup.

Given the high intermittency of wind and solar, the idea of running on solar and wind turns out to be an extremely costly prospect. It is all about reliability. Electricity must be there when we need it. Below I present some simple calculations that show just how bad this idea really is.

Reliability analysis of large scale solar and wind power generation can be very complex. Both depend on the weather, which can vary dramatically and quickly. Both can depend heavily on other available power sources, if available. They can also depend on each other under some conditions.

Here we will simply analyze certain basic features of power generation, as a way to scale the issues. For a start we will simply consider what a standalone 1,000 MW solar system with battery storage requires for reliability.

The 1,000 MW is power reliably delivered to the grid around the clock. Because of intermittency, considerably more than 1,000 MW of generating capacity will be required. A lot of battery storage will also be required. Thus the capital cost will be a lot more than simply the cost of 1,000 MW of generating capacity. We will discuss these additional costs. Note that adding wind power does not reduce these very large costs.

Given this simple 1,000 MW analysis, it will be relatively easy then to consider other possible systems of different size and with different features.

Solar is relatively simple because of the predictable daily cycle of night and day. Generating times do differ depending on the time of year. They also vary depending on how moveable the panels are, that is to what degree they can track the sun’s daily movement across the sky.

For simplicity let us first assume eight hours of full sun and full power every day. Clearly we need 16 hours of storage every night. That is 16,000 MWh of battery storage. We also need another 2,000 MW of generating capacity to charge the batteries every day.

So, the full sun requirements are 3,000 MW of solar generating capacity and 16,000 MWh of storage capacity, in order to reliably generate 1,000 MW around the clock.

Solar generating capacity can be drastically reduced on dark, cloudy days. When very cloudy the output can be reduced to just 10% of nameplate capacity. Dark cloudiness can last for days, thus requiring more battery backup along with the generating capacity to charge these dark days batteries.

How many successive days of dark cloudiness to design for is a complex question of local and regional meteorology. Here we simply use five days, but it easily could be more. Five dark days certainly happen from time to time in most states. In Virginia’s case it can happen over the whole Mid-Atlantic region, so no one has significant solar power. This rules out buying solar power from the neighbors.

Reliability requires designing for these relatively extreme events. With conventional generation you design for maximum need for power but with wind and solar you also have to design for minimum supply. That minimum case is what I am looking at here.

The required battery capacity is simple. Five days at 24 hours a day is 120 hours. To supply a steady 1,000 MW that is a whopping 120,000 MWh of storage. We already have the overnight storage capacity for 16 hours, so we now need an additional 104 hours, which means 104,000 MWh of additional storage.

It is vital to get the dark-days batteries charged before the next dark days arrive, which in some cases might be very soon. This too is a matter of meteorology. To be conservative we here first assume that we have two bright sunny days to do the job.

This 10,500 MW is a lot considering we only want to reliably generate 1,000 MW around the clock. Moreover, some of this additional generating capacity will seldom be used. But reliability is like that due to the great variability of weather. In conventional fossil fueled generation the extreme event that drives design is peak need (also called peak demand). Special generators called “peakers” are used for this case. In the solar case the special equipment is batteries or other forms of storage.

Note that if we have 5 days to recharge the dark days batteries then the amount of required generation is a lot less. Five days gives us 40 hours to charge the 120,000 MWh so one only needs 3,000 MW of additional generating capacity, added to the 3,000 MW we need to produce daily power on sunny days.

These large numbers occur because following a period of dark cloudy days we are doing three things simultaneously during the daylight generating hours. We are (1) generating 1,000 MW of immediately used electricity, while recharging both the (2) nighttime batteries and the (3) dark days batteries.

Note too that the numbers should actually be bigger. Batteries are not charged 100% and then drained to zero. The standard practice is to operate between 80% and 20%. In that case the available storage is just 60% of the nameplate capacity. This turns the dark days 120,000 MWh into a requirement for 200,000 MWh.

The cost of the dark days case

This makes $60 billion for just 1,000 MW a good rough estimate for standalone solar capacity to meet the five dark cloudy days case. (As explained below, adding wind power does not reduce this number because the five dark days may also see zero wind output.)

Given these complexities the partly cloudy case is beyond the scope of this simple analysis. It is very likely that this case will require additional battery storage and generating capacity. How much is hard to say.

Note too that several costly features are not included. One example is transmission to get solar power from point of origin to load centers, which may be distant. Another is a reserve generating capacity or margin of safety, which might be as high as 20%. One cannot assume everything will work perfectly when the system is stressed. This is especially true if the dark days include widespread heavy snowfall, which can greatly delay recharging.

Reliability of round-the-clock wind generation to back up solar

Wind generation does not share the predictable daily cycle that solar enjoys so it is more complex from the beginning. With solar we can count on relatively good ongoing generation on most days. Wind power can drop to nothing frequently during a day, as well as delivering nothing for several days in a row and very little for long periods of time in many locations.

It is not a matter of no wind, just low wind. Wind generators require sustained winds of considerable velocity in order begin to generate substantial amounts of power. In many parts of the country stagnant, multi-day high pressure systems cause both low wind and a heavy need for electricity.

It is very important to note that because of this great variability wind power cannot be used to reduce the massive requirements of the dark days solar case. This is because it is always possible that there will be no wind power during the dark days, as well as during the recharge time after this extreme event. A standalone solar and wind system has to be designed to handle this extreme, but common, possibility.