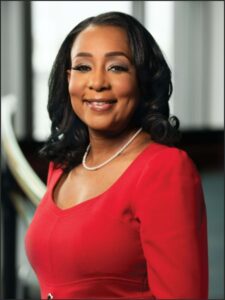 With his latest cabinet pick of Angela Sailor as director of Diversity, Equity and Inclusion, Governor Glenn Youngkin has reframed the debate about race in Virginia. Sailor runs the conservative Heritage Foundation’s Feulner Institute, which was founded in 2019 to help Americans “understand the uniqueness of this nation’s founding, reinstill in Americans a love for their country, and help them understand why it’s all worth preserving,”

In the same announcement, Youngkin said he updated the office’s mission to focus on promoting economic opportunity for disadvantaged Virginians. And he proposes renaming the office to Diversity, Opportunity and Inclusion.

The name change is emblematic of Youngkin’s approach to poverty and race relations. The old formulation of “equity” in Diversity, Equity and Inclusion called for social engineering to create equal racial/ethnic group outcomes. It concentrated power in the hands of political elites. And it has proven spectacularly ineffective. “Opportunity,” by contrast, calls for providing individuals the means to build better lives for themselves.

“The people of Virginia elected the most diverse leadership in the Commonwealth’s history,” Youngkin said in a press release. “Virginia is big enough for the hopes and dreams of a diverse people. Angela Sailor’s experience in government, nonprofits and the private sector will guide us as we ensure that the government is working for all Virginians across our diverse Commonwealth, especially when it comes to economic opportunity for all Virginians.”

Sailor has 20 years experience in government and the nonprofit sectors, in addition to stints in the private sector. Her most recent positions include vice president of The Feulner Institute at the Heritage Foundation and chief of staff to then-Heritage President Kay Cole James. After retiring from Heritage, James now serves as Secretary of the Commonwealth. It is not unreasonable to suggest that she played a key role in Sailor’s selection.

Since the first settlers arrived little more than 400 years ago, we’ve been an imperfect people on the course to a more perfect union…. We acknowledge that too many of our citizens have not received the equal opportunity they deserve, and we recognize that diversity when genuinely embraced strengthens our Commonwealth. Every Virginian deserves dignity and respect, deserves the opportunity to pursue their dreams, and deserves inclusion in the Virginia family.

To that end, the Chief Diversity, Opportunity & Inclusion Officer will promote initiatives in coordination with the Secretary of Commerce and Trade to expand entrepreneurship and economic opportunities for disadvantaged Virginians, including the disabled.

The order alludes to a faith component. Sailor will “facilitate bringing Virginians of different faiths together in service to their communities and the Commonwealth.”

And she will work to “promote free speech and civil discourse in civic life, including viewpoint diversity in higher education in coordination with the Secretary of Education.”

Other responsibilities in her portfolio: