Hey, Sultan, Your Mother Swims out to Troop Ships! 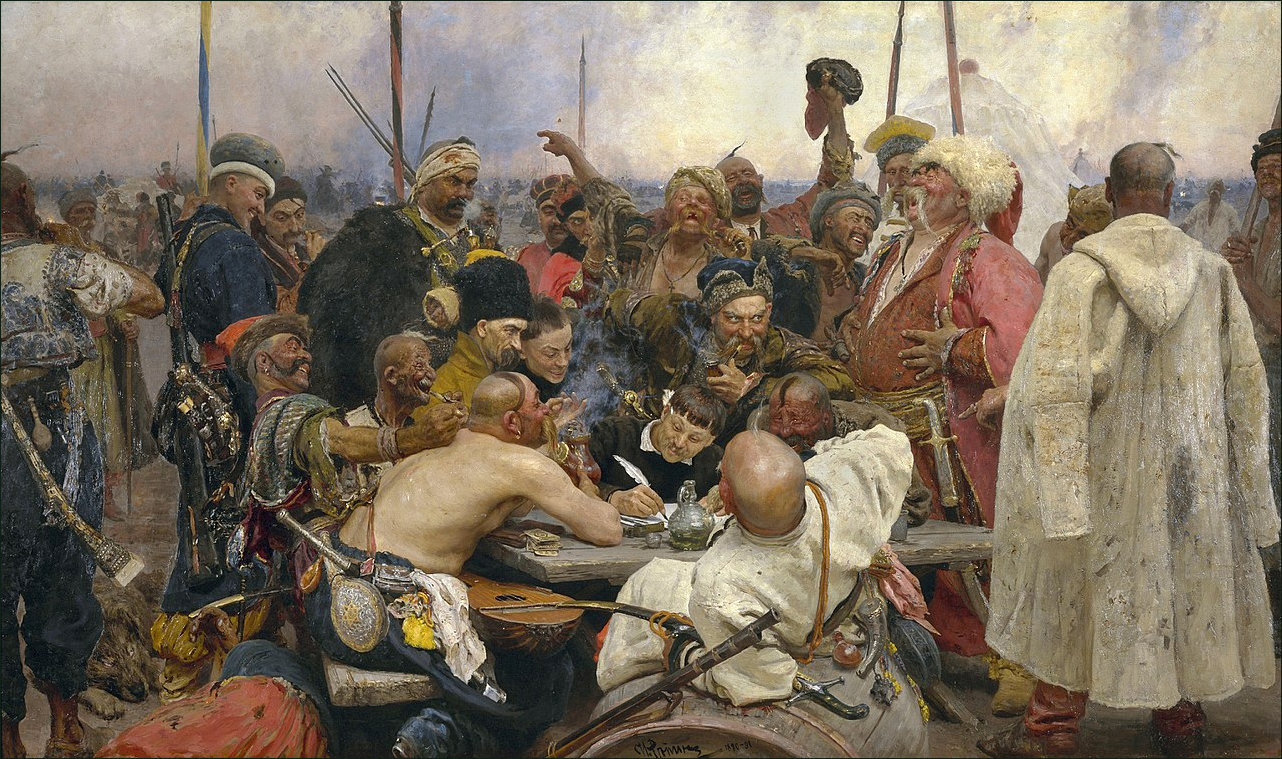 This is apropos of nothing in Virginia, and I’m not trying to make a political statement of any kind, but… With Turkey and Ukraine much in the news these days, a famous 19th-century Russian painting is making the rounds on the Internet: a rendering by Ilya Repin of free-wheeling Cossacks composing a ribald and insulting response to a demand by Ottoman Sultan Mehmed IV for their submission. In language even less diplomatic than that employed by our current president, the Cossacks literally told the Sultan in 1676 to shtup his mother. Read the hilarious letter on Wikipedia here. Russia had a history every bit as colorful as the U.S. wild west, but Americans aren’t taught it. Seeing this painting makes me want to learn more. I was so tickled that I had to share.