Gender Dysphoria Treatment for Children Needs Some Rules in Virginia 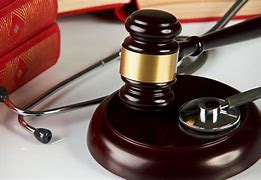 Virginia needs, for the protection of children, parents, and physicians, a law to specify minimum age requirements and require court orders for voluntary medical intervention in child sexual development.

When there are physical abnormalities involved, the court can order those treatments as well.

On the other hand, I propose a ban on voluntary sex reassignment surgery in minors.

A court order is already required in Virginia for non-therapeutic sterilization of children. Virginia law makes no reference to the treatment of gender dysphoria in children.

Some will try to parse the differences, but it seems almost axiomatic that consent to puberty blocking and hormone replacement therapy (HRT) for minors should be treated the same as consent to sterilization.

A modification to existing state law on voluntary sterilizations of children to set minimum age limits and require a court order for medical treatments of gender dysphoria in children seems the right approach if such treatments are not to be banned altogether for minors.

Sex reassignment surgery on minors, on the other hand, should be banned outright.

I have pursued through the Freedom of Information Act (FOIA) discovery of the rules for gender dysphoria medical treatment of children at UVa Medical Center and its Transgender Youth Health Services clinic at the UVa Teen and Young Adult Health Center. I have not yet inquired about gender reassignment surgeries in children.

I am not singling that center out. I chose it because it is covered by FOIA and I could get the information I sought. The institution was very responsive.

The overall UVa Medical Center policy for informed consent is

The attending physician who proposes a treatment plan or procedure or the attending’s designee is responsible for obtaining consent prior to provision of care.

The general rule for treatment of a patient under the age of 18 in Attachment B of its Informed Decision-making policy is:

Consent must be obtained from at least one of a minor’s biological or adoptive parents, a legally appointed guardian, or an attorney-in-fact authorized by a properly executed power of attorney pursuant to Virginia Code 20-167 to consent to medical treatments for the minor. Legally appointed guardians are required to provide documentation of guardianship.

A new puberty blocking medication/HRT consent form must be obtained from the minor’s parent/guardian upon initiation of treatment, and validated, at a minimum, annually thereafter in patient’s electronic health record. A new written consent is not required unless there is a lapse in care, a change in the patient’s provider, or change in the patient’s condition where the risk, benefit, alternatives to treatment and anticipated outcomes differ from the current patient authenticated consent.

The UCSF Child and Adolescent Gender Center accepts new patients ages 3 through 17. UVa starts accepting patients into its Transgender Youth Health Services program at age 11. The Commonwealth has no age rules. UVa Medical Center has imposed the 11-year-old minimum age standard on itself.

Which is something, I suppose. Perhaps that accounts for UCSF’s higher ranking. If so, they are welcome to it.

I refer the reader to the web page of the UCSF Gender Affirming Health Program to get a caring view of the effects of hormone therapy as information/warning to patients. I find no such information on the website of UVa Medical Center, though I am sure it is provided to patients or their parents/guardians.

Click on either testosterone therapy or estrogen therapy for unvarnished looks at the effects of each. They are brutal at best.

I do notice that the procedure rules at UVa Medical Center require a court order to perform non-therapeutic sterilization procedure on minors 14-18. It is the law in Virginia.

It shall be lawful for any physician licensed by the Board of Medicine to perform a vasectomy, salpingectomy, or other surgical sexual sterilization procedure on a person fourteen years of age or older and less than eighteen years of age when:

3. The court has determined that a full, reasonable, and comprehensible medical explanation as to the meaning, consequences, and risks of the sterilization operation to be performed and as to alternative methods of contraception has been given by the physician to the child upon whom the operation is to be performed, to the child’s guardian, if any, to the child’s spouse, if any, and, if there is no spouse, to the parent who has custody of the child;

Add puberty blocking therapy, hormone replacement therapy and sexual reassignment surgery provisions to this law and you have it.

“Surveys” of the satisfaction levels of adults who had the treatments as children are typically conducted by advocates. Regardless:

I propose a minimum age of 14 for puberty blockers and HRT, which will make me an outlier among conservatives and most parents. It will in many cases make the use of puberty blockers moot. I add the court order requirement.

I propose a ban on voluntary sex reassignment surgery in minors, which I should think will have 90% approval among Virginia voters.

Personally, I would not object if the puberty blocker and HRT treatments were banned for minors in all cases that were not accompanied with a diagnosis of physical abnormalities.

I make this more modest proposal as an attempt at a compromise that may be able to get enacted into law on a bipartisan basis.

It should ban voluntary sex reassignment surgery on minors.