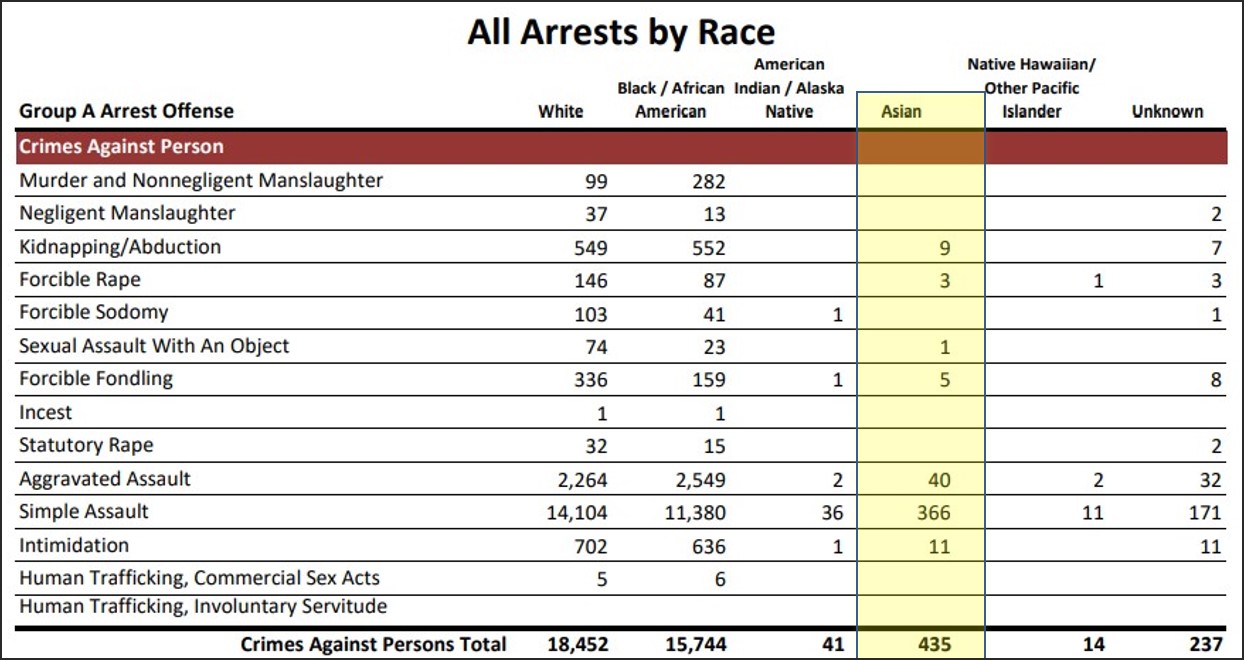 In his classic treatise on race in America, Black Rednecks and White Liberals, Thomas Sowell advanced the argument that African-Americans inherited a cultural propensity to violence from the rural Southern, White-dominated culture in which they were immersed. When Blacks migrated to northern cities to escape Jim Crow and pursue jobs in the booming manufacturing centers, they brought that undesirable proclivity with them. So did the hillbillies of Appalachia, says Sowell. Locals looked down upon both groups with scorn and prejudice.

Southern Whites and African-Americans, traditionally at odds with one another, are far more alike than they commonly recognize. I am reminded of this every time I watch football, an enjoyable but indisputably violent sport, on television. I see a lot of Black football players and a lot of White football players. I rarely see a single Hispanic or Asian on the field, even though those two groups now comprise a quarter of the U.S. population.

Sadly, we can see this cultural brothers-by-a-different-mother phenomenon in the Virginia crime statistics. Yes, as many observers point out, Blacks commit a disproportionate number of homicides and aggravated assaults. But criminal behavior is rampant in Virginia’s White population, too. Though drowned out in all the discussion of systemic racism and White privilege, there is a large White underclass in Virginia in which broken families, substance abuse, and criminal behavior are widespread. Whites commit a majority of violent crimes in Virginia.

This dismal reality struck me when I was perusing the Crime in Virginia 2021 report to see if I could milk any more insight from the data that the mainstream media (or what’s left of it) has ignored. The report tracks the number of arrests by race. Here’s what smacked me across the face: how few crimes Asians commit.

Asians, a diverse group in themselves, account for 5.7% of Virginia’s population. Last year only 41 were arrested for “Crimes Against Persons,” a category that ranges from murder and rape to assault and intimidation. In other words, Asians accounted for about one-tenth of one percent of the violent crime.

The biggest gap in the crime statistics is not between Whites and Blacks, it’s between Asians and everyone else.

Asians account for only 1.0% of all Crimes Against Property, which range from vandalism to shoplifting and motor vehicle theft. And they are arrested for a trivial percentage of so-called “Crimes Against Society,” which tend to be the least serious.

Social-justice progressives often disparage Asians as the “model minority” and being “White-adjacent” for their supposed adoption of “White” values and norms.

As large swaths of the White and African-American communities experience spreading breakdown in social order, with an increasing incidence of homicides, drug overdoses, and other premature deaths, I would describe Asians not as a “model minority” but as “model Americans” who set the standard for productive, healthy, law-abiding behavior.

In Bacon’s Rebellion, we have documented how Asians have consistently out-performed all other racial/ethnic groups in K-12 academic achievement. That over-achievement extends to college and into the workforce. In the U.S. Asians have the highest median income of any racial/ethnic group — $95,000 in 2020, according to Statista, compared to $75,000 for Whites, $55,000 for Hispanics, and $49,000 for Blacks.

Their low crime rate is part of a larger cluster of cultural attributes shared by most Asians. Asians maintain intact families, stay out of trouble and obey the law. They experience lower levels of social pathology in every category from child abuse to substance abuse. They instill the virtue of self-discipline. They work hard and defer gratification in the expectation of future reward. They apply themselves in school, gravitate to tough but marketable degrees in college, and get good jobs when they enter the workforce. The meritocratic American system works for them.

In social-justice theology, these norms and values are characterized as the attributes of “Whiteness,” which in turn is associated with racism and oppression. There is nothing “White” about two-parent families, working hard, getting good grades, going to college, and getting a good job. While these traits are almost universally embraced by Asians in Virginia, they are spurned by a large and growing segment of the White population. Using social justice terminology, you could say that Asians are more “White” than White people.

The values of thrift, hard work and staying out of trouble with the law are universal. They are accessible to anyone, no matter their race, ethnicity, or culture. Asians are living proof, as the Virginia crime data make vividly clear.

This entry was posted in Crime , corrections and law enforcement, Race and race relations and tagged Social breakdown. Bookmark the permalink.