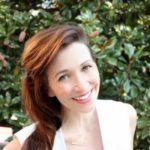 Both Scott Norwood of Texas, an expert witness often used by the Office of the Attorney General, and Caroline Golin, an expert from Georgia hired by environmental groups, paralleled their written testimony reported on in an earlier post.

The commission must agree that the company’s $917 million first phase of its plan, which includes a roll out of new automated metering technology, is reasonable and prudent before the company can proceed. Just how customers will pay for this – either through a rate adjustment clause or the use of excess profits retained by the company – is not yet before the commission. With financing costs and profits the long-term revenue requirement for all phases of the plan is estimated at $6 billion by the SCC staff.

“The company is not proposing to operate the grid in any new way,” Golin said Tuesday. If it were moving aggressively to distributed energy, to more customer-driven demand management, to time-of-day pricing, to use of storage, “then I would agree they need more control of the grid. But right now, they are not proposing any of those.”

Norwood noted that a major part of the plan’s cost will be spent to reduce average outages by a few minutes per year. “I’m skeptical most customers will notice. It’s like the break we took at midmorning.” Benefits of that kind of reliability flow to larger, commercial and industrial customers but will be paid for by the residential customers.

Golin picked up on the same point: “There is a difference between reliable and perfect” and the company is now shooting for perfect. “This is something the commission needs to be very critical of. The average customer does not require perfect power.”

Support from some of the environmental groups, and a neutral stance taken by others, was crucial to passage of the 2018 legislation. Dominion Energy packaged it to the public it as a grid modernization effort, but its final version also included major incentives and directives to build more renewable generation. Now the environmental groups are leading the charge against the grid-related element of the bill, claiming it is a lost opportunity to truly transform the utility for a renewable energy future.

Golin, who has joined Google since being retained in this case, has been involved in grid redevelopment cases around the country and has also been especially critical of Duke Energy’s North Carolina plan.  Her statement that Dominion had no plans to operate the grid differently was vigorously challenged by Dominion and even an SCC staff witness later in the hearing.

Since the first round of written testimony was filed, Dominion’s leaders have supplemented the record with rebuttal testimony, but it was picked apart at the hearing as more evidence that no real cost-benefit analysis had been done, much of the engineering work is preliminary, cost estimates have little valid basis, and some obvious grid-related issues were flat ignored.

Dorothy Jaffe of the Sierra Club used questions to a Dominion witness to point out no real plans were made for the growth of electric vehicles, and the initial $3 billion plan would have to be supplemented – perhaps at additional cost – to support that expected transformation.

The Office of the Attorney General and the SCC staff have not asked for a total rejection of the proposal, but acceptance with conditions or acceptance of only the early pieces that involve planning and engineering.

As with most of the issues that have reached the commission growing out of that legislation, the key question is does the regulatory body have the power to say no. In some cases, such as the off-shore wind demonstration project, the legislative wording was a clear directive. In the case of the grid projects, however, the new language mandated a review for reasonableness and prudence. A separate hearing on the commission’s authority was held November 7.

“The new law does not require a single one of these projects to be implemented,” said Nate Benforado, an attorney for the Southern Environmental Law Center, who used his opening statement to dismiss the whole effort as “a plan to spend money” which “puts the customer last.”

“This is a huge issue for the coming decade,” Benforado said. Dominion really doesn’t need to build new generation. There is testimony in the current integrated resource plan case that demand is flat or dropping, with plenty of generation assets available through connection with other utilities. “Dominion is looking for ways to spend customer money and earn a rate of return.”

The decisions on this case and on the integrated resource plan will probably need to be viewed together to glimpse Virginia’s future. The IRP case appears ripe for a published opinion with no further hearings planned. The commission has until mid January to issue a decision on this matter.