Coming Soon to a School Near You: “Equitable Grading” 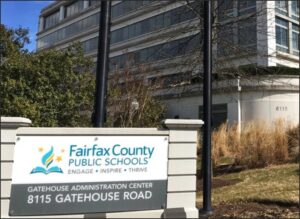 The inexorable logic of “equity” has come to the dispensing of grades in Virginia public schools. Having effectively abandoned the hard work of raising the educational achievement of minority students, Fairfax County Public Schools (FCPS) is lowering standards — implementing “equitable grading” practices in order to combat “institutional bias” and eliminate racial disparities in grade outcomes, reports the Washington Examiner.

What does this mean in practice? Removing grade penalties for late assignments. Allowing students to retake tests and redo assignments. Eliminating zeros as grades and setting a grade floor of 50 on a 1-to-100 scale, even if the student never submits the assignment.

Incredibly, advocates of equitable grading contend that it can promote learning and improve educational outcomes. “Despite what some might posit, this change has resulted in real increases in student learning and not masking a lack of learning,” said the FCPS High School Principals’ Association in a June 14 letter to outgoing Superintendent Scott Braband.

“When you discard points and grades, you also discard objective measures of learning, thereby allowing people to claim learning has happened when it has not,” the group told the Examiner. “It once again raises the question of whether FCPS is committed to providing students with a high-quality, rigorous education, or whether their goal is simply making it look like students are receiving a high-quality, rigorous education.”

The parents’ group described the initiative an “unresearched experiment being run on our kids that is the product of a discussion where opposing views were shut out and interest groups citing thin empirical evidence reached a consensus.”

According to the Examiner, school officials have been less than candid with parents about the changes, which have been working their way through the school system for years.

The Principals’ letter to Braband provides the following narrative:

Many of us who work in FCPS remember when Ken O’Connor’s 15 Fixes for Broken Grades was published [in 2011], FCPS created numerous professional development opportunities for school leaders and teachers to begin reimagining their grading practices and ridding our school system of 150 year-old schools of thought around grading and assessment. In 2015, FCPS Instructional Services began to renovate our grading system to be more reflective of standard of equity in grading. That work, memorialized in regulation 2340.7p, made advances but stopped short of, for example, providing division-wide provision to allow students to earn the full grade reflective of what they earn on a retake rather than a ceiling of 80%.

In May of 2021, HSPA committed to the next level of this work. This decision came as a result of the progress made with equitable grading practices in over 70% of our high schools…. We were intentional and inspired by the district’s overall focus on equity.

The letter goes on to describe how the principals’ association sent out teams of teachers to learn from colleagues at other schools, formed committees, conducted surveys, led focus groups, held meetings with stakeholders and had “informal discussions with school board members.”

Bacon’s bottom line: Fairfax County is not an outlier. I know for a fact that similar “equitable grading” practices were applied last year in Henrico County Public Schools. In all likelihood, they have been implemented in other “progressive” school districts as well.

Equitable grading is a travesty. It is the enemy of excellence. It is the ultimate expression of “the soft bigotry of low expectations.” Adopting this philosophy will harm the students it purports to help.

Second, by getting endless second chances, students learn to skate through school rather than applying themselves and working harder. They learn to feel entitled to passing grades for inadequate work. Much to their detriment, they will carry that expectation into the workforce.