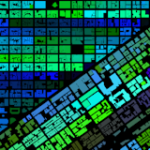 There is good news and bad news in a recent ranking of the best places in the U.S. “to work in tech” by Zurich, Switzerland-based SmallPDF, a company that converts PDF files to Word files.

The good news is that Virginia ranks at the top of the list. From the press release:

The research found “that Virginia is the best state to work in tech right now due to high average wages in the Computer and Mathematical Occupations field with $110,510 a year, 58.44 employed in the field per 1,000 jobs, and the highest current tech vacancies with 128.97 openings per 100,000 people in the industry.”

“When measuring the average salary against the average annual rent spend, those employed in the field would only be spending 21.68% of their salary on rent. Those wanting to work in tech remotely also have lots of options, with 27,563 remote openings available at the time of the study.”

The bad news is that Virginia stands out as having more tech vacancies per 100,000 people by far than the other top 10 states. A high level of tech vacancies may be advantageous to the workers, but it’s a restraint on economic growth generally.

Why the high level of vacancies?

One possibility is that Virginia’s tech sector is undergoing such a boom that it’s hard for companies to keep up. I haven’t seen much evidence of such a boom. Northern Virginia, the undisputed tech leader in Virginia, has experienced less-than-world-beating growth over the past several years.

The other possibility is that Virginia has trouble recruiting tech workers. If that’s the case, it’s not the cost of housing (as expensive as that is). Rent as a percentage of tech worker salaries is comparable to the state of Washington, and less than Massachusetts, Colorado, New Jersey, and Utah.

Could hellish traffic congestion in Northern Virginia be the problem? Does Virginia have an image problem? Any explanation for the high level of tech vacancies should incorporate the fact that more U.S. citizens are moving out of Virginia than moving in.

This entry was posted in Business and Economy, Labor & workforce and tagged James A. Bacon. Bookmark the permalink.