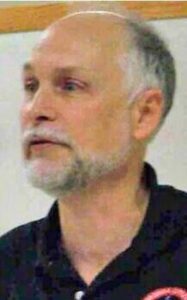 Are the social media giants moving beyond de-platforming groups and individuals who participated in the mob assault on the U.S. Capitol building to de-platforming conservative groups indiscriminately?

The VCDL, which has sponsored peaceful gun-rights rallies in Richmond for 25 years, is organizing a vehicle caravan through Richmond Monday, the traditional “Lobby Day.” Due to reports that fringe groups may be planning violence in state capitals around the country, law enforcement authorities in Richmond are restricting activities in the state capital.

Van Cleave told the Rappahannock News that he was not in Washington, D.C., Jan. 6, and had “nothing to do with” the storming of the Capitol. “Our organization didn’t put anything out at all about it. It wasn’t in Virginia, it wasn’t gun rights, it wasn’t on our radar. … We’re being lumped in, I guess, with somebody. We’re working with the police doing our best to make sure that Lobby Day is another safe and peaceful event.”

Mailchip blocked a VCDL alert about Lobby Day but provide no warning and no explanation of what policy had been violated. MailChip did not respond to a Rappahannock News request for a statement. Similarly, Facebook provided no explanation of its action. When he protested, Van Cleave said, Facebook “immediately came back with, ‘Well, your violation is so severe we’re not going to be able to restore your account.’”

That’s Van Cleave’s side of the story, but the Rappahannock News found nothing to contradict it. If the account is an accurate rendering of events, it should send shudders through every conservative in Virginia. In reacting to the storming of the capital, it appears that social media are throwing out a massive dragline that is scooping up innocent groups and organizations along with bad guys.

Here’s the sad and frightening irony: Between VCDL’s de-platforming and Governor Ralph Northam’s refusal to schedule an election for the Southwestern Virginia senatorial seat left vacant by the death of Ben Chafin, the rural conservatives who comprise President Trump’s electoral base in Virginia, have every legitimate reason to think that their rights are being repressed. Fomenting discontent and right-wing radicalism may not be the conscious aim of these actions, but such is the inevitable result.

This entry was posted in Gun rights, Individual liberties, Media and tagged James A. Bacon. Bookmark the permalink.