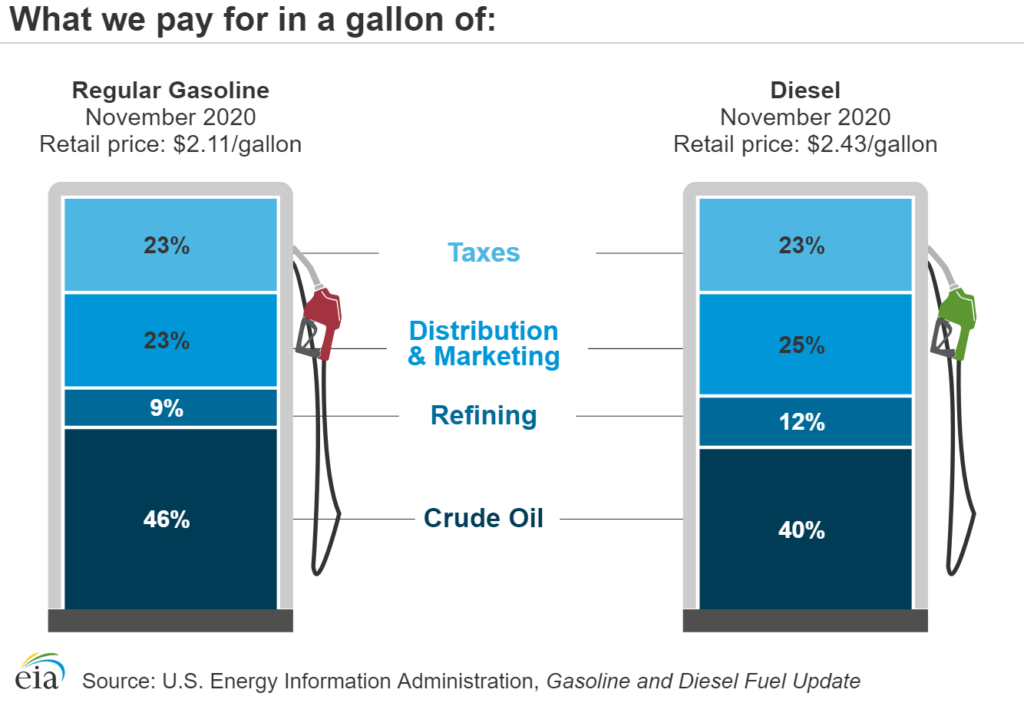 The Transportation and Climate Initiative plan to tax and ration motor fuels suffered a major setback just before Christmas, when eight of the eleven states considering it decided not to move forward in 2021. Less than two weeks earlier, advocates had released polling that claimed to show overwhelming popularity for the idea.

The well-funded supporters conducted a massive 60-question survey of 3,800 registered voters, including enough Virginians that a Virginia-only breakout had some credibility. Virginians contacted supported Virginia’s membership in the CO2 reduction scheme by three to one. Yet Virginia’s Governor Ralph Northam was one of those who did not sign on a few days later.

Perhaps he noticed how biased the key question was, including this: “Under TCI, states will cap carbon pollution from the transportation sector and require gasoline companies to pay for the carbon pollution produced by the fuel they sell by purchasing annual allowances.” Respondents were not told that the “gasoline companies” could be expected to pass those costs along to them.

When you tell voters a bit more about the proposal, including that they will have to pay, support rapidly disappears, although not completely.

A year ago, the Thomas Jefferson Institute for Public Policy, surveying a similar number of Virginians, asked two simple questions on the issue. Just as this poll found, the benefits claimed for Virginia’s membership in TCI proved popular with more than 60% of voters, but a second question mentioning the likely TCI gas tax dropped that support substantially to about 34%, with 58% opposed.

With a legislative struggle over TCI membership expected to start in January, the Jefferson Institute repeated the process in December 2020, asking Mason-Dixon Polling & Strategy to query 625 Virginians again. This time 37% of Virginians supported the interstate carbon tax compact with its expected fuel taxes, and 57% opposed it. Even in more liberal Northern Virginia, opponents outnumbered supporters.

This time around, questions were also posed about the rationing element of the plan, which proved even less popular than the carbon taxes.

“QUESTION: Do you support or oppose capping the amount of gasoline and diesel that can be sold, allowing no additional supply at any price?”  That is exactly what TCI would do, set hard state and regional caps on the supply of gasoline and diesel for sale. Only 11% of Virginians overall liked that idea, and 78% opposed it. In Northern Virginia 15% supported it, and it drew the same weak endorsement from Democrats in the sample.

Once set, the fuel cap would then decline annually until TCI’s goal of a 25% reduction in carbon emissions from fuel was achieved. “QUESTION: Do you support or oppose shrinking that fuel cap annually, reducing the available supply every year?”

That proved a bit more popular, with 16% in support and 70% in opposition. In Northern Virginia 22% approved, and 23% of Democrats approved. The difference from the other question was probably the absence in the second of the phrase “allowing no additional supply at any price.” That is, however, how the rationing element of this interstate compact would work.

Demand for fuel is “inelastic,” meaning people still want it at a higher price. Only the carbon taxes coupled with the supply caps will reduce the amount of motor fuels burned in Virginia. Neither approach is popular with voters at this time, according to the Mason-Dixon results.

The voters were also split on using the carbon tax revenue “to subsidize electric cars and trucks, and mass transit,” with 47% overall (58% of Northern Virginians, 73% of Democrats) favoring that outcome. Of all the proposed uses for the money, that is the best if you want people to move away from fossil fuel cars and trucks. Building bike lanes won’t do that.

But the prospect of spending TCI tax dollars that way has already triggered a response from environmental justice advocates, one of whom called TCI a tax on the poor to subsidize rich people’s electric cars.

Governor Northam, of course, did not have access to the new Jefferson Institute polling. If he and the legislative supporters of TCI believed the spin on the advocates’ polling and its Virginia results, they had no reason to fear political backlash. Yet they wisely chose not to move forward, not yet anyway.

Any program that cannot be discussed honestly, that is sold by misleading the public, should be immediately suspected by the people of Virginia and their elected General Assembly. People must be honestly told that TCI would raise the price of gasoline by 20, 30 or even more cents per gallon, and that the supply of fuel would be capped in place and then reduced by 25 percent over the next decade.

To imply the fuel companies would eat that cost is an outrageous misrepresentation. The full cost of any imposed carbon tax will merely be passed on to the ultimate consumer at the pump. So would price increases caused by supply and demand pressures. The proponents’ question also referred to a cap on “carbon pollution,” when in reality the TCI regime will cap gasoline and diesel sales. The thumb on the scale in the question is obvious.

Initially published this morning by the Thomas Jefferson Institute for Public Policy.