Are Virginians Putting the State’s Economy on Their Credit Cards? 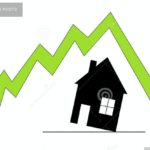 I wrote the other day about efforts to increase housing in Virginia. That story is very complicated at the levels of the federal, state and local governments.

But at the end of that pipeline is the economy.

We have read in many places that consumers are spending the savings they built up during COVID, keeping the economy out of recession.

But it turns out that consumers have been putting the economy on their credit cards as well.

U.S. consumer credit card debt was nearly a trillion dollars in the third quarter of this year. That is a 15% increase, the biggest year-over-year jump in more than 20 years. And that was just before the holiday shopping season.

Annualized GDP last quarter was $23 trillion. Consumer spending was $14 trillion on an annual basis, a 3% increase. So, credit card debt increasing at 15% is holding up consumer spending that is only up 3%.

Herb Stein wrote in the Wall Street Journal in 1985:

What economists know seems to consist entirely of a list of things that cannot go on forever, and this may be one of them. But if it can’t go on forever it will stop.

The only times since 1999 that consumer debt has decreased were during the great recession and the heights of COVID.

Taking a home equity loan to pay down credit card debt has often proven a way out in the past. But home equity loan rates have risen. A lot. To about 7% depending on the type and location of the home, equity in the home, and the credit score of the borrower.

We’ll see how the current levels of credit card debt work out this time.

But an increase in Virginia housing may have to wait until credit card balances, mortgage rates, housing prices, and the costs of land decrease, unemployment is higher and job creation is a priority.

This entry was posted in Economic development, Housing and tagged James Sherlock. Bookmark the permalink.