Antifragile Urbanism, Skin in the Game, and Building What Works 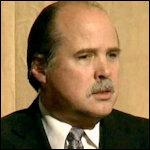 One of the most important movements to emerge from the late 20th century was New Urbanism, a critique of autocentric suburbanism and architectural modernism that argued for human-scaled development patterns. The most important philosopher to emerge in the early 21st century is Nassim Nicholas Taleb, author of “The Black Swan,” “Antifragile,” and “Skin in the Game,” among others. I have drawn from the ideas of both for this blog. Now, I’m delighted to see a short, readable essay that synthesizes the two.

“Black Swans” are catastrophic events such as the sub-prime mortgage crisis or the Fukushima nuclear disaster that are unpredictable as specific occurrences but are predictable as rare-but-known phenomena. “Resilience” is the term popularly used to describe structures built to survive Black Swan events. Taleb uses the term “antifragile” — as in the opposite of fragile — to describe structures that not only survive but benefit from Black Swans.

Mehaffy, an urban designer based in Stockholm, Sweden, picks up from there:

Key to this antifragility is the ability to fail in small doses, and to use that failure to “gain from disorder” over time—paradoxically producing a greater order. Muscles get very small tears and strains, resulting in strengthening; a few cells get infections and die, but not before sending out markers that identify the invaders to many other cells. So keeping things “small enough to fail” (as opposed to “too big to fail”) is key. So is the ability to transmit lessons from these small failures, so that the structure can develop new strengths.

But getting “too big to fail” is precisely what’s going on in too many places today. The 2008 financial crisis, and its “too big to fail” banks, was a case in point. Modernity, Taleb says, is dominated by a culture of specialists who are rewarded for excessive intervention, and for predictions that are routinely inaccurate. The big reward for them is not in creating antifragility or even resilience, but stability—or rather, the temporary appearance of stability. Then, when disaster strikes, these specialists, who have very little “skin in the game,” pay a very small price, if any.

The result of this dynamic is that there is very little learning within the system, and we go right back to making structures that are more unstable over time. In evolutionary terms, we are not advancing into greater resilience, but lesser resilience.

Thus, instead of creating a world in which the most destructive Black Swans are more survivable, all the emphasis is on preventing such Black Swans, and creating an unsustainable state of normality. The inevitable result is that these Black Swans come anyway—with ever more catastrophic results.

We see this “too big to fail” and “too big to learn” phenomenon in system after system. We see it in central bank policies around the world. Central bankers are so terrified by the prospect of a recession that they continually pump more credit into financial systems, guaranteeing a bigger and more catastrophic crash down the road. We see it in California’s fire-fighting policies that suppress small wildfires but build up fuel for catastrophic wild fires. We see it in top-down social engineering policies and in special interest-driven land use policies.

Taleb, and by extension Mehaffy, are especially wary of “experts” and “planners” who have no “skin in the game,” that is, who suffer no downside when they fail. As Mehaffy puts it in the context of urban planning:

I would … consider traditional cities and buildings as embodiments of “ecological resilience”—or of antifragility—with a remarkable complexity and durability. By comparison, our large-scale engineered and artistically packaged buildings are remarkably fragile, and in effect “throwaway” structures. Yet we have the hubris to suppose that these stripped-down bits of packaged engineering are somehow more “modern” than the more complex, more fine-grained, more beautiful and more sustainable buildings—the ones that have in fact sustained—to which we fragilistas are encouraged to turn up our noses.

Taleb points out, as Jane Jacobs did throughout her career, that our “modern” model of planning and design is fundamentally broken, and worse, demonstrably incapable of learning from its mistakes. We try to “plan” in a rational, linear, predictive sense, and the inevitable result is spectacular failure. Indeed, most of what passes for such planning today is pseudo-science, bureaucratic turf-building, and fragile clutter. The result is that it makes our entire civilization more fragile.

What we can do, Taleb says, is to learn from nature, and develop structures and processes that can evolve and get smarter. Intelligence is not just in the individual, or in the individual’s planning or design, but in the overall evolutionary processes that we adopt. (And in the historic patterns that they embody.) That’s why real-world experience is much more valuable than theory: it can evolve, whereas theory is mostly a static rational process of deduction, translated into rigid enforcement of policies. It is fragile, and it breaks too often. When it does break, there is very little learning, and the system often goes back to the same prone-to-fail modes. When it doesn’t break, it only forestalls an even larger kind of collapse. This is where humanity is headed, he thinks, if we don’t adopt major systemic reforms.

This line of thinking is similar to that articulated by Chuck Marohn, founder of the Strong Towns movement (whom I have also highlighted in Bacon’s Rebellion). Marohn also espouses a doctrine of making many small, low-risk experiments, seeing what works, and building on what works. Strong towns are learning towns.

Few of our state or local governmental systems in Virginia are learning systems. They are dominated by ideologues and so-called experts with no skin in the game — people who suffer no repercussions from their failed prescriptions, who pass on the cost of their failures to the public, and who are insulated from the evolutionary process that weeds out failures. Virginia is an increasingly “fragile” state, increasingly vulnerable to catastrophes both natural and man-made. I’ll have more to say about that in the near future.

This entry was posted in Disasters and disaster preparedness, Land use & development and tagged James A. Bacon. Bookmark the permalink.