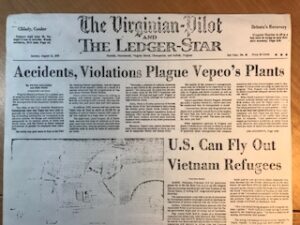 Offshore wind power is becoming a whipping boy even as the technology involved becomes more advanced and its costs go down.

Northwestern Europe is offshore wind headquarters globally and countries such as the United Kingdom have wholeheartedly embraced it.

Yet some critics, some of whom are supported financially by the fossil fuel industry, refuse to accept its growth and see its potential. They insist on keeping fossil fuel generating stations going that contribute to dangerous climate change. They also back nuclear plants that have a high capacity factor.

The problem is that any generating station can go offline for any number of reasons. Considering nukes, there are a few points to be made. Consider this from Power magazine:

“North Anna Power Station’s 1,865-MW twin pressurized water reactors were at full power when the quake struck on August 23, 2011, at 1:51 p.m. The quake’s epicenter was 11 miles southwest of the station in Mineral, Va. Both of the station’s units shut down immediately, automatically, and safely. As a result of the earthquake, the plant lost off-site power from the switchyard, but back-up power from diesel generators picked up the load within 8 seconds, as designed. The station returned to off-site power later that evening.”

The earthquake’s force was so strong that casks holding spent nuclear fuel at North Anna moved in their storage area, even though they weigh several tons each.

The North Anna situation closed the plant down for 80 days and the U.S. Nuclear Regulatory Commission ordered extensive reviews of every commercial nuclear power plant in the country.

Power praised Dominion for its handling of the earthquake. Ironically, Virginia Electric & Power Co., Dominion’s predecessor, defied advice and built North Anna near a geological fault line back in the1970s.

VEPCO had enormous problems handling its nuclear program. The most trouble was at its Surry Nuclear Power Station. So severe was the mismanagement that investors were shunning the utility, the NRC was fining the firm the highest penalties in the country and the Department of Energy was warning of rolling brownouts due to outages.

At the time, I was a reporter covering energy at The Virginian Pilot on Norfolk. Another reporter and I were assigned to make an in depth probe of VEPCO’s nuclear program. The project took about two months and we published our story on Aug. 12, 1979, several months after the Three Mile Island disaster in Pennsylvania.

Pictured is the front page of the paper with our story. Not long afterwards, VEPCO shook up its top management and brought in a ringer, a highly experienced engineer, to turn things around.

About 10 years ago, PEPCO, the Washington area power firm was mismanaging its fossil fuel plants so much that it was warning of rolling blackouts. Here is a blog posting I wrote for The Washington Post at the time.

More recently, Dominion has had serious issues with its Virginia City Hybrid Energy Center which burns coal, waste coal and wood. It had been operating at times in recent months at only 20 percent capacity.

The point is that critics of renewable energy keep harping on its supposed unreliability. They boost fossil fuel and nukes. As shown here, both fossil and nuclear have their own problems. Yet, we keep hearing the same memes over and over again and after a while assume they are the reality. Yet, the real reality is that renewables are making giant strides.

This entry was posted in Disasters and disaster preparedness, Energy, Environment, Regulation and tagged Peter Galuszka. Bookmark the permalink.