A Glimpse into UVa’s Fund-Raising Juggernaut 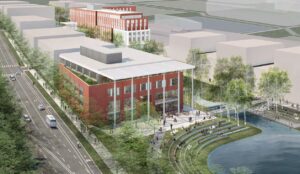 Alumni unhappy about recent developments at the University of Virginia claim to have withdrawn $150 million or more in pledged financial support for the institution. Money talks in academia as elsewhere. President Jim Ryan and Rector James Murray have engaged disgruntled grads in spoken and written communications and have given them the courtesy of thoughtful (albeit inadequate) responses.

But there is little indication that anything will change. In last week’s Board of Visitors meeting, not one of the issues raised by the insurgent alumni was discussed — not the “F— UVA” sign on the Lawn, not the purging of names from buildings and grounds of once-prominent figures now deemed racist, not the increasing intolerance of non-leftist viewpoints that is strangling intellectual diversity and leaving a majority of students reluctant to speak their opinions openly.

Indeed, a UVa Board of Visitors meeting reveals the vast administrative momentum that propels the university in its current direction, and reveals that the $150 million being withheld is barely a rounding error to a fund-raising powerhouse that rakes in billions of dollars. Consider some of the proceedings of this one board meeting.

The board of visitors were treated to an update on major capital projects underway at the university, three of which were supported by significant gifts and donations. These include:

(The practice of paying for major capital projects by borrowing against anticipated future gifts is worthy of closer scrutiny, as is the recent issuance of $600 million in bonds to back “strategic projects.”)

The Finance Committee described two new endowed professorships and honored the donors, including: 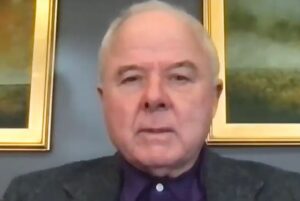 The board also was introduced (virtually) to Paul Manning, whose Manning Family Foundation committed $1.9 million in support of COVID-19 research efforts at the university. Manning, an Orange, Va.-based serial entrepreneur who most recently built PBM Products into a major manufacturer and distributor of off-brand baby formula, described UVa as “an incredible incubator of some of the best scientists in the world sitting in our back yard. … We need them now more than ever.”

Finally, Mark Luellan, vice president of advancement, made a “surprise” announcement. Cynthia and Heywood Fralin (who have made generous donations to Virginia Tech, incidentally) have committed $5 million, matched by $2.5 million in university funds, to endow the head football coach position. The endowment will supplement the pay of head football coach Bronco Mendenhall (who is already being paid a $500,000 salary). Assuming the endowment pays out 5%, that would add $375,000 to Mendenhall’s paycheck.

Meanwhile, the Honor the Future fund-raising campaign goes swimmingly. “Due to the generosity of our alumni, parents, and friends, the University continues to track ahead of schedule in our fundraising totals,” reported the Advancement Committee. “Through November 17, campaign-to-date totals were at $3.2 billion, with 64% achieved against the overall goal of $5B.”

Through mid-November this fiscal year, “philanthropic cash flow” is over $75 million, and total commitments stand at $91 million.

The University Advancement office is a highly sophisticated operation. Cindy Frederick, associate vice president, described its outreach efforts to the board. They include:

The purpose of all this “outreach” is to stimulate alumni giving, which is carefully tracked. As the presentation noted, 38% of alumni donors are described as “current giving” and 82% as “lifetime giving.”

In a nutshell, the UVa administration dangles an array of bright, shiny objects before alumni — state-of-the-art buildings, athletic programs, endowed professorships, research projects — appealing to a wide range of philanthropic interests from which to choose. Never does the propaganda machine discuss the heart and soul of the university, its culture, which increasingly embraces a leftist dogma that most alumni would find abominable.

Dissident alumni have a hard slog ahead.

34 responses to “A Glimpse into UVa’s Fund-Raising Juggernaut”