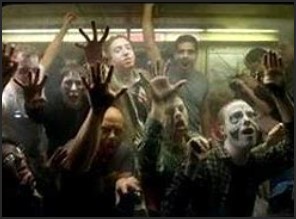 Zombies, having become popular in filmdom and TV, are finding resonance in the nation’s legislative sausage making. Generally, the term zombie legislation applies to statutes negated or consigned to death, often by federal or state court decisions, that remain on the books due to legislative lethargy. Currently, the phenomenon has become more apparent and pertinent following the U.S. Supreme Court (SCOTUS) decision in Dobbs v Jackson, reviving concern about related privacy precedents.

As a matter of fact, however, zombie statutes have an even older presence than 2022.

The post-Civil War amendments intended to emancipate slaves and affirm the principle that all are created equal. The Thirteenth (in precatory language) declared that “Neither slavery nor involuntary servitude … shall exist within the United States,” and the Fifteenth guaranteed that the right to vote shall not be denied. Declaring slavery shall not exist as a precatory statement is not the equivalent of outlawing the practice. Just over three decades later, at the opening of the 1900s, Virginia convened a constitutional convention. One of its prominent leaders, Carter Glass (later U.S. Senator), in responding to questions about some provisions in the document as discriminatory, proclaimed:

Discrimination! What that is exactly what we propose. To remove every negro voter who can be gotten rid of, legally, without materially impairing the numerical strength of the white electorate.

The reality of that declaration haunted the state in subsequent decades and cast its threatening shadow across a number of other public policies pointedly evidenced by the new constitution’s Jim Crow provisions and, later, the Racial Integrity Act of 1924. Housing, real estate purchases, employment, and schooling were victimized by Glass’s outspoken dream of ensuring the plantation panorama.

Another example presents itself in the survival of a poll tax in Virginia from Glass’s discriminatory vision. Although the Twenty-fourth Amendment (March 27, 1962) outlawed poll taxes in federal elections, Virginia persisted in levying a poll tax until SCOTUS buried the practice in Harper v Virginia (March 24, 1966), applying the Equal Protection clause of the Fourteenth Amendment. The state’s poll tax fell most heavily upon Blacks and poor whites to the dismay of its originators. Some historians and apologists argue that handwriting on the federal wall simply does not apply to states as they have the authority to determine voter qualifications regardless of federal law. But it is also a truism that such nuanced explanations fail to assist in aiding the understanding or acceptance on the part of the general public.

In 2006, Virginians voted 57% to 43% in favor of an amendment to its constitution banning same-sex marriages. In 2014, a federal appeals court ruled the Commonwealth’s ban unconstitutional. One year later, SCOTUS reached the same conclusion in a consolidation of six cases that had arisen in district courts. Obergefell v Hodges seemed to seal the principle. By 2017, polls indicated 60% of Virginians favored same sex marriage. In 2021, the General Assembly approved referendum language to remove the 2006 prohibition. Notwithstanding, at a House subcommittee hearing on February 8, 2022, a GOP-led majority voted 6 to 4 to block the required second-year passage of the bill to place it on the ballot for consideration by voters.

An opposition critic from the conservative Family Foundation asserted that removal of the same sex ban could “open the door to legally sanctioned polygamy, inter-family marriage, and child marriage,” as reported by local media. In sum, six legislators relying upon dubious, anecdotal ideology, determined that the popular expression of American opinion and SCOTUS were unpersuasive in accepting an advance in social progress. Save the zombie!!

Although many deny zombies continue to prowl about the Commonwealth, a 2019 gubernatorial executive order established a Commission to Examine Racial Inequity in Virginia Law. Incredibly, the initial report of the Commission identified three unrepealed statutory provisions authorizing poll taxes. Similarly undead provisions nearing 100 spanned a period from 1901-1960. The massive resistance of the Byrd years produced one surviving provision declaring that “no child shall be required to attend integrated schools.” Others contained racial restrictions that applied to neighborhoods, playgrounds, and trains. Jim Crow and Carter Glass contrived to cultivate zombies while the General Assembly slept.

While it is true that the majority in Dobbs opined that its holding was intended to apply only to the abortion issue, Justice Thomas’s concurrence strongly urged reconsideration of other privacy decisions involving contraceptive use in marriage (Griswold v Connecticut, 1965) and same sex marriage (Obergefell, 2015). Even if one were to agree with the SCOTUS notion that these privacy decisions were “wrongly decided” and do not relate to specific language in the Constitution (the theses of originalists or textualists), those decisions have spawned deep reliance by the public upon them. Griswold struck down a state statute prohibiting the use of contraception by married couples. Recent polls indicate 90% of Americans support contraception and 65% believe the Constitution contains a right to privacy.

Anti-miscegenation laws in the United States date to colonial times with Virginia not an exception. In 1878, the Virginia Supreme Court decided that a marriage legally performed in D.C. for an interracial couple was invalid in the Commonwealth. Legislation was adopted that year which made interracial marriage a felony but also made it illegal to leave the state in order to evade the law. Such prohibitions were bolstered by the eugenics craze of the 1920s which produced Virginia’s Sterilization Act of 1924. The state’s Racial Integrity Act, noted earlier, contained a provision repeating and reinforcing criminal liability for marrying in another jurisdiction and returning to Virginia. It was not until 1967 (Loving v Virginia) that the conflict was ultimately settled. The two statutes were not finally and fully repealed until the late 1970s. Following Dobbs, some state jurisdictions are considering making illegal travel across state lines for an abortion as well as restricting delivery of contraceptive materials from out of state.

Democrats have been criticized for failing to codify privacy protections such as those in Griswold and Roe and their successors. Republicans chastise Democrats for current efforts to codify same-sex marriage and access to contraception, particularly across state lines, as unnecessary since SCOTUS was clear that Dobbs applied only to abortion. In Virginia, the Governor has publicly expressed his pro-life beliefs but is on record as seeking only a modification of the Commonwealth’s term of weeks for an abortion. His nascent venture into the national political arena may have some influence on his pro-life stance.

Increasingly, Constitutional scholars are concluding that Dobbs and opposition to same sex marriage have deeper roots in theology or religious doctrine than in legal jurisprudence. GOP Rep. Bob Good remarked that he opposed federal legislation protecting same sex marriage as contrary to his biblical beliefs. Similar sentiments have been expressed by candidates and elected officials in Ohio and Michigan against birth control statutes and privacy precedents.

At the same time, zombie creationists, in the tradition of Dr. Victor Frankenstein, have been diligently at work in their legislative laboratories. A dozen states incubated “trigger” statutes to come to life upon the death of Roe, a type of cryogenic zombie. The success of this experiment is sure to encourage other statutory creations.

This entry was posted in Courts and law, General Assembly and tagged Jim McCarthy. Bookmark the permalink.