Your Most Important School Board Vote Ever 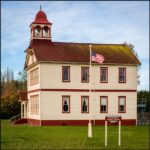 It is no secret that many voters in the past have gone to the polls without any clear idea of who they will vote for in the school board contests.

This year, because of the unprecedented twin black swan events of COVID disruptions and the adoption of critical race theory policies and attacks on Asian students at the state level, the local school board contests are more important than ever.

Each school board candidate is on record somewhere, often in the local newspaper if you have one, as to their positions on key issues. I will suggest what to look for and what to ask if the answer is not apparent.

It starts with teacher retention and recruitment. We don’t pay them enough and ask them to do too much.

Positions on Teacher Pay. A large percentage of school board candidates are former teachers. They want to raise teacher pay and you should, too. The job is far too difficult and vital to pretend we can underpay and demand excellence.

Positions on teacher extra-curricular assignments. Teachers are regularly assigned to boards, panels, sponsorship of clubs and other time consuming tasks outside of the classroom. Look for candidates who want the teachers to teach and will protect them from the extra-curricular demands of administrators.

Positions on Teachers Unions. Remember as you vote that you will have the local option to negotiate contracts with teachers unions in the spring. If you approve such negotiations, which I don’t recommend, the unions won’t be able to negotiate with your school boards because Virginia schools boards don’t control a funding source with which to negotiate. But the school boards can influence to outcome of the local option choice and the municipal councils with which they will negotiate. Note the blue states buried under public employee pension debt to see how this works out.

As an aside, it is against the law in Virginia for public employees to strike, but remember the situation in Fairfax where a strike threat caused the school board to fold. Ban strike threats by local ordinance.

Positions on special staff. Special staff are of great importance. Included are counselors, school psychologists, reading specialists and other positions. Find candidates who insist those positions be filled with qualified people and that they, like the teachers, have time to do their jobs.

Positions on teacher and staff training. Make sure that anyone brought in to train teachers and staff possesses the qualifications to do so. Conduct nearly all training online to ensure that busy teachers and staff can schedule it at their convenience instead of being herded into auditoriums. Insist that any training both preserve the dignity and assumes the good will of the audience.

Positions on school academic standards and recognition for excellence. Vote for people who insist on rigorous academic standards. Vote for candidates who favor restoration of honors for valedictorian and salutatorian if your district has stopped doing so.

Positions on improving the performance of racial minorities and the poor. Vote for candidates who pledge to never make standards or grading dependent upon race or class. That is the most racist approach imaginable, telling kids they have no chance to succeed under equal standards.

Instead favor programs dedicated to raising the performance of those kids.

Put the best teachers in the classrooms with the weakest performers, especially in elementary schools. Offer after-school enrichment for those students. Work with their churches and other community organizations to expand those opportunities.

Some of what the left wants to do contains good ideas, such as ensuring that the history of minorities is taught alongside of the history of the majority. It is the manner of that teaching that is crucial. I advocate teaching the life and times of black, Hispanic and Asian American heroes alongside the stories of Washington, Jefferson, Madison, Hamilton, Lincoln, both Roosevelts and Reagan.

Those stories can and should teach where America’s has fallen short in the past as they teach how the heroes overcame those obstacles. And most importantly, every kid leaves the classroom proud of his and her heritage. White kids admire minority heroes and vice versa.

And we will still have a country going forward.

Positions on curricula and textbook control. The left wants to teach that the United States is fundamentally immoral and has been since its founding, necessitating an overthrow of our Constitution, legal system, economic system and education system and replacing them with Marxist substitutes. Insist your school board candidates pledge to resist that at every level. Ask school board candidates if they favor capitalism over Marxism.

Vote. There has never been a time in which school board elections were so important. Pay attention and pick your favored candidates carefully before you vote.

This entry was posted in Culture wars, Education (K-12), Elections. Bookmark the permalink.