Youngkin Reacts To Raid By An ABC Goon Squad 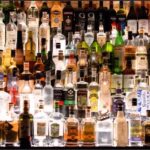 In one of the most bizarre actions in recent memory, law enforcement on Friday raided Gourmeltz, a popular Fredericksburg restaurant, and confiscated its liquor and sales records because the owner in 2021 defied former Governor Ralph Northam’s long-defunct executive order that required liquor-selling establishments to abide by a host of nonsensical COVID-related rules.

No liquor could be sold, served or consumed after 10 p.m., no seating was allowed at bars — tables only, all patrons over the age of five had to wear a mask unless they were seated and eating or drinking, all employees had to wear face diapers and restaurants had to close by midnight.

Authoritarian insanity. All of it.

I get COVID PTSD just thinking about the Northam regime.

Gourmeltz owner, Matt Strickland, refused to comply with Northam’s idiocy and was cited for not forcing his employees to wear face masks. His liquor license was suspended. He continued to serve booze anyway.

Pity all holding Virginia ABC licenses didn’t join Strickland in ignoring the power-drunk little governor. Instead, Strickland was on his own and easy to target.

Here’s a synopsis of Strickland’s case, courtesy of ABC:

Gourmeltz owner Matt Strickland had his license to sell wine/beer/mixed beverages on and off-premises suspended in September 2021, but ABC put a stay on enforcing the order to give Strickland time to appeal. In November 2022, a final ruling was issued and ABC ordered Gourmeltz to halt selling alcohol for 90 days. The agency said it would reduce the suspension to 15 days if Strickland paid a $4,000 penalty and more than $6,400 in investigation costs.

But Gourmeltz did not comply.

“Despite administrative proceedings and the final order of the Circuit Court of Spotsylvania County affirming Virginia ABC’s decision to suspend Gourmeltz’s wine/beer on and off-premises and mixed beverage licenses, the establishment failed to comply with ABC’s Board Order and continued to serve beer, wine and mixed beverages to customers,” ABC wrote in a press release.

On Friday the ABC sent in the goon squad to enforce the court order and cripple Strickland’s business by seizing his liquor.

Governor Glenn Youngkin campaigned on a promise to end all COVID and mask mandates in Virginia and he fought teachers unions, local school boards and the General Assembly to finally allow Virginia school children to breathe again in their classrooms.

He also signed into law a provision limiting the governor’s ability to extend emergency orders without legislative approval. A much-needed restraint on Virginia’s governors.

Punishing businesses that violated an order that no longer exists — one that was almost certainly unconstitutional — is insane.

Given the alarming news from Fredericksburg, Youngkin on Tuesday issued his own executive order, seeking to quantify and eventually reimburse those who suffered COVID regulation punishments. That ought to now include Strickland.

You can read Executive Order 23 here.

I am directing the Commonwealth to review the disciplinary actions taken against private individuals and businesses and take corrective action where appropriate.

All state agencies shall report to the Secretary of Finance no later than January 15, 2023 all fines, fees, interest imposed, and all other disciplinary actions imposed on all individuals, businesses, and non-profits, including any withdrawal, suspension, or cancellation of an individual’s license and/or certification resulting from violations of COVID-19 practices, guidelines, rules, or operating procedures and any state contracts that were not granted as a result of noncompliance with COVID-19 guidelines.

The Secretary of Finance or his designee shall review all such disciplinary actions and make recommendations to the Governor on what if any corrective action can be taken under the law.

Ralph Northam and other Democratic governors morphed into dictators when they lost their collective minds over COVID. Northam abused the commonwealth’s emergency powers to issue heavy-handed, useless and seemingly endless executive orders that crippled many Virginia businesses. Those orders are now gone.

The present governor or the attorney general needs to find a way to give Strickland back his booze and his ABC license.

Northam’s in the rear view. But the stench of his reign lingers on.

This entry was posted in Regulation and tagged COVID-19, Kerry Dougherty. Bookmark the permalink.