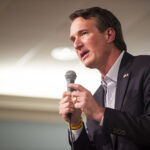 Governor Glenn Youngkin’s media spokesperson has told the Associated Press that not only is he committed to the current Dominion Energy Virginia offshore wind project, now under State Corporation Commission review, he is also willing to consider additional turbines off Virginia’s coast.

The Republican had campaigned a year ago expressing concerns for the consumer price impact of the mandatory renewable energy conversions in the Virginia Clean Economy Act of 2020.  The offshore wind proposal, currently slated to cost $10 billion for just the first tranche, is the largest driver of that expected consumer cost increase.

The Associated Press story was about a pro-offshore-wind coalition being formed by President Joe Biden (D) and including eleven east coast governors of states where projects are either underway or envisioned.  The Biden administration is all-in on developing up to 30 gigawatts of offshore wind off the U.S. east coast, with a major portion of the possible lease areas near Virginia.

The AP noted that Youngkin was not one of the governors listed in the White House announcement, which of course meant he then dominated the story:

Missing from the compact is Virginia, where Republican Gov. Glenn Youngkin has moved to withdraw the state from a regional carbon-limiting initiative meant to combat climate change.

Spokesperson Macaulay Porter said Youngkin supports the offshore wind industry, and his administration has participated in calls with the White House on the topic.

“The commonwealth is already a leader in offshore wind, and the Youngkin administration is focused on … this emerging sector in a way that is consistent with promoting jobs for Virginia and its right-to-work philosophy, ″  Porter said, referring to a state policy that promotes a worker’s right not to be required to join a labor union.

Dominion insists, of course, that its current proposal meets Virginia’s economic needs and protects ratepayers, so it surely will claim the same on a second (or third) such investment of ratepayer money and risk.

The director of the Virginia Department of Energy, a Youngkin appointee (actually a holdover from his predecessor), had already filed a letter with the SCC in support of the project, also endorsing a rather weak consumer protection proposal before the regulatory body.  But this is the first official pronouncement in the Governor’s name.

As the AP notes, there is only a handful of working turbines off the American east coast at this time, two of which are Dominion’s test turbines in the location for its planned wind farm 27 miles off Virginia Beach. The idea of expanding to thousands of turbines in dozens of huge fields is just now sinking in with the other maritime interests that would have to deal with them.

A good example of that was provided yesterday by Virginia Mercury, an outlet completely committed to the war on fossil fuels but honest enough to call fishing industry spokespersons to hear and print their concerns.  To see the map of possible lease areas (below) is to understand the magnitude.  One would imagine the Navy’s reaction to this would also be different than dealing with just a few such exclusion areas.  But it is not your father’s Navy, is it? 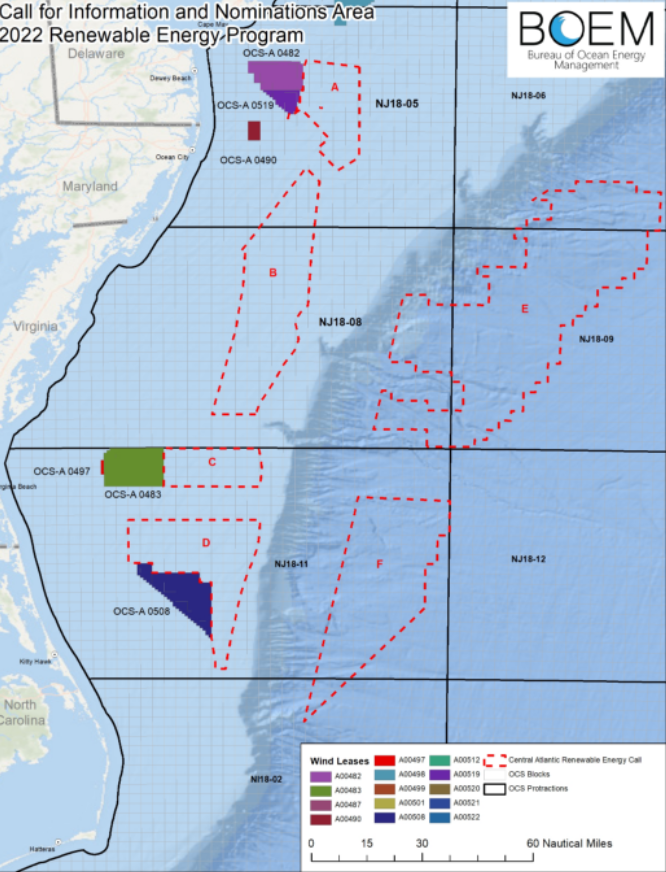 Bureau of Ocean Energy Management Additional Wind Lease Areas.  Dominion’s current location off Virginia Beach is in green, and a planned field off Kitty Hawk, North Carolina in blue.  They are dwarfed by what is coming.