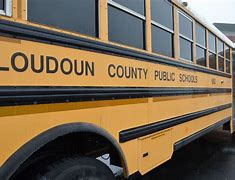 Saw this headline in the Washington Business Journal.

“Toll Brothers pushes big residential plans in Ashburn — and a tribute to enslaved people who once lived there.”

Behind the headline: This is to be a development of 1,300 residences in a project named Mercer Crossing.

Since it is being built by Toll Brothers, we’ll assume they will be pricey.

The new 108-acre Mercer Crossing development will offer “residential, retail, civic and public open space.” A promise of “some” affordable housing is included in the project. Toll Brothers are donating 4 acres for a new facility for the Loudoun Freedom Center.

Freedom Center seems like a worthwhile non-profit. It also should help with the rezoning Toll Brothers needs.

But good luck with the “Crossing” part.

It is to be on Harry Byrd Highway (Route 7) in Ashburn. The name of the highway is pending revision. Long overdue. Harry Byrd was a jerk. But that does not help with the traffic.

My parents lived in what was the new Reston development when I was in college. Route 7 was a trial then, in the early-mid 60’s before Tyson’s was anything but a butcher shop and a gas station. It was worse when I worked in that area in the late 90’s.

The good news — the new development will be right across from Inova Loudoun Hospital.

Bad news — a driver or two are likely to need Inova Loudoun twice a day at rush hour. Hopefully not a school bus driver supporting the new schools that will be needed.