Virginia’s 2018 Marijuana Decriminalization Bill: What Happened and What’s Next? 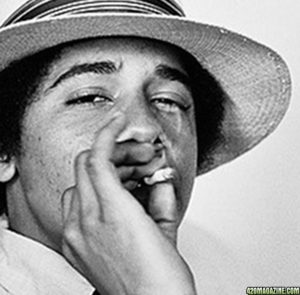 Here today, here tomorrow.  Decriminalization foes won the SB111 battle in 2018 but the war goes on.  The lines are drawn for the next skirmish.  As Sen Mark Obenshain (R-Rockingham), who voted against decriminalization, said … “It’s an issue that isn’t going away.  We’re going to be talking about it for a long time.”  That’s an interesting comment from a prohibitionist.  One can only hope that Sen Obenshain knows that time and further dialog are both working against him and his fellow pot prosecutors.  If he doesn’t understand that I’d really like to ask him what he’s been smoking.

Abby Hoffman vs Barney Fife.  The main support for decriminalization comes from the ACLU with a supporting cast of politicians including U.S. Senator Tim Kaine (federal decriminalization), Governor Ralph Northam (a medical doctor) and Adam Ebbin  (D-Alexandria).  Opposition is led by the Virginia Association of Commonwealth’s Attorneys with political support from the aforementioned Sen. Mark Obenshain (R-Rockingham).

Arrested development.  Subsequent to the committee vote on decriminalization, statistics were released that revealed arrests for marijuana possession in Virginia shot up in 2017, increasing by 20% over 2016.  Apparently, prosecuting Virginians for possession of a plant is a large and fast growing business in the Commonwealth.  One can only guess how much criminalizing marijuana costs Virginia or how many Commonwealth’s Attorneys have jobs based on pot possession being a crime.

Oh wow … what’s a voter … man?  A poll on the question of decriminalizing possession of small amounts of marijuana in Virginia was published in the midst of the 2018 General Assembly session.  Conducted by the Watson Center for Public Policy and Christopher Newport University, the poll found that 76% of Virginians favored decriminalization.  And the Republican politicians in Virginia keep wondering why they are continually losing their power and influence in Virginia.  Perhaps they would be well advised to just roll that number around in their heads for a while … seventy-six percent.

2019.  2019 is an election year for Virginia’s state legislature.  Democrats will push another marijuana decriminalization bill in the 2019 General Assembly session.  Then they will beat the Republicans who opposed the bill over the head with those votes in November.