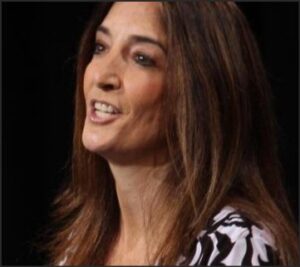 Whoa. That was quick. Unprecedented in recent years, too.

Del. Eileen Filler-Corn, the much ballyhooed first female Speaker of Virginia’s House of Delegates, as well as the commonwealth’s first Jewish speaker, was tossed overboard Wednesday from her leadership role in the Democratic caucus by fellow party members.

Five months after Republicans regained the majority in the House of Delegates and swept the top three jobs in the commonwealth, Democratic delegates gave an unceremonious boot to the woman who had headed the party for the past two years.

Filler-Corn is expected to be replaced by a man.

The mutiny was reportedly orchestrated by two-term Delegate Don Scott Jr., D-Portsmouth. He gained notoriety two weeks into the 2022 session by attacking Gov. Glenn Youngkin, saying, “So far what I’ve seen from his Day 1 activities he is not someone who is a man of faith, not a Christian.”

Low, even for a Democrat.

Not Scott’s finest hour, but no doubt a peek at the kind of repugnant politics Democrats intend to employ heading into the fall elections.

Scott tossed his own name out there to replace Filler-Corn, but the caucus decided to remain leaderless for a while.

The meeting was held behind closed doors, but The Richmond Times-Dispatch reported that the vote was 25-22 to yank the leadership away from the Fairfax County Democrat who was first elected in 2010.

Should Scott be successful in replacing Filler-Corn, it would concentrate the power of Virginia’s Democratic Party in Portsmouth. The senate’s President Pro Tempore is Louise Lucas.

Odd, because Portsmouth could be the poster child for a poorly run Democratic city. In the past few decades, residents fled the city dropping the population from a high of 114,773 in 1960 to just 97,915 now. The median household income is $46,340, far below the commonwealth’s average of $74,222,

Beyond that, Portsmouth schools chronically underperform and, in January, the mayor expressed alarm over reports that showed violent crime was already up 56% over the year before.

So what do Portsmouth politicians do when they get to Richmond? Do they fight for better schools — charter opportunities for kids trapped in poor schools — or do they push to beef up policing to make the city safer? Nah. Portsmouth’s Democrats go to Richmond to bring home casinos and weed.

Is that why Democrats did so poorly last November? Was the party’s platform too conservative?

Looks like disgruntled Democrats are eating each other. Pass the popcorn.