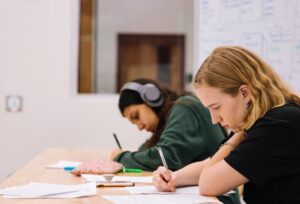 Anyone remember when Donald Trump was pummeled for putting pressure on the CDC over COVID?

Wonder what those critics are saying now that we learn union bosses from the American Federation of Teachers essentially wrote public policy for the agency that kept children locked out of schools last winter.

It’s an astonishing, but not an altogether surprising development, given the outsized influence teachers and other trade unions have in the Biden administration.

In a Saturday front-page story headlined, “Powerful Teachers Union Influenced CDC On School Reopenings, Emails Show,” The New York Post reported that it was muscle from the militant AFT, rather than science, that slowed school reopening in many places.

The American Federation of Teachers lobbied the Centers for Disease Control and Prevention on, and even suggested language for, the federal agency’s school-reopening guidance released in February.

At the very least CDC Director Rochelle Walensky should be sacked over these revelations.

She’s a strange woman, prone to crying jags and announcements that are routinely retracted within 24 hours.

Remember when Walensky accidentally admitted that schools should reopen for in-person learning, regardless of the vaccination status of teachers?

“There is increasing data to suggest that schools can safely reopen and that safe reopening does not suggest that teachers need to be vaccinated,” CDC Director Dr. Rochelle Walensky told reporters during a White House news briefing on Covid-19 on February 2, 2021.

“Vaccinations of teachers is not a prerequisite for safely reopening schools,” she added.

The next day a peeved White House spokeswoman Jen Psaki said Walensky was speaking on her own behalf and not for the agency she directs.

For its news story, The Post relied on FOIA requests filed by Americans for Public Trust that revealed a series of communications between the AFT’s union brass – alarmed that schools might reopen for in-person learning – and the CDC.

The lobbying paid off. In at least two instances, language “suggestions” offered by the union were adopted nearly verbatim into the final text of the CDC document.

With the CDC preparing to write that schools could provide in-person instruction regardless of community spread of the virus, (the AFT’s Kelly) Trautner argued for the inclusion of a line reading “In the event of high community-transmission results from a new variant of SARS-CoV-2, a new update of these guidelines may be necessary.”

The AFT also demanded special remote work concessions for teachers “who have documented high-risk conditions or who are at increased risk for … COVID-19,” and that similar arrangements should extend to “staff who have a household member” with similar risks. A lengthy provision for that made it into the text of the final guidance.

To his credit, during an interview with Walensky CNN’s Jake Tapper pointed out that almost no public schools would be eligible to reopen under the guidelines and he pressed the director to show data supporting her decision.

He was treated to a Walensky word salad.

School closings and the resulting mental illness, suicides, child abuse and loss of learning, may ultimately turn out to be as big a tragedy as the loss of life from Covid 19.

Much of the blame for the academic disaster falls on the overly cautious CDC that was reluctant to act on data in the spring of 2020 that showed the risk of spread in schools was low. Later, they bowed down to union officials who had no business interfering in public health policy.

Teachers unions ought to be about teaching. Period. Sadly, for American school children, their teachers’ unions fought to keep them out in the cold.

If only the kids had a union.