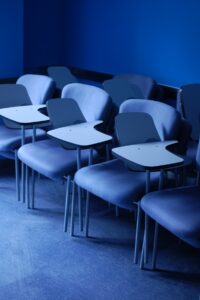 In a follow-up to his post on chronic truancy in Virginia, Capt. Sherlock writes, “We have decided, with laws reflecting our decisions, that children must attend school.” (Emphasis in original).

Except as otherwise provided in this article, every parent, guardian, or other person in the Commonwealth having control or charge of any child who will have reached the fifth birthday on or before September 30 of any school year and who has not passed the eighteenth birthday shall, during the period of each year the public schools are in session and for the same number of days and hours per day as the public schools, cause such child to attend a public school or a private, denominational, or parochial school or have such child taught by a tutor or teacher of qualifications prescribed by the Board and approved by the division superintendent, or provide for home instruction of such child as described in § 22.1-254.1.

That’s wordy but clear enough: The parent or other person in loco “shall … cause” the kid to attend school.

So, what happens if the person does not “cause” the attendance? § 22.1-258 sets out the enforcement requirements:

Even that earlier statute was mostly observed by ignoring it. For example, here are the Richmond data from 2012 to 2017:

As Sherlock points out, our school boards and Board of “Education” continue to ignore the truancy issue.

The state Board, for example, could write truancy abatement into its Memoranda of Understanding and require a justification of every case where a division elects to not initiate court action following a seventh unexcused absence. And it could publish data showing the efforts (or lack of efforts) of local school boards under 22.1-258.

Even in the absence of that, the local school boards could demand specific justification from their Superintendents for every 6th or 7th absence that does not result in court action.

And, of course, the Governor can fire the members of the Board of Education for misfeasance/malfeasance and the voters can fire the local school board members.

But, so far, “we have decided” that truancy shall abide, mostly unimpaired.

This column has been republished with permission from Cranky’s Blog.

This entry was posted in Attendance, Education (K-12) and tagged John Butcher. Bookmark the permalink.