Those History and Social Studies Learning Standards: Another Perspective 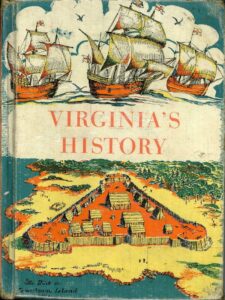 Predictably, the Youngkin administration’s proposed Standards of Learning for History and Social Studies have  created controversy.

Being able to compare the administration’s proposal with the Standards developed by the previous Board of Education that were ready for consideration and adoption, but put on hold by the Superintendent of Instruction, would add some more context to the discussion.  However, that prior document seems to have been purged from the Department of Education’s website. The only documents available seem to be those related to the “revised proposed Standards.”

The administration has created a framework that is fraught with contradictions and which threatens to put teachers in an untenable situation. On his first day in office, the Governor issued an edict intended to “end use of all inherently divisive concepts.”  In ”The Guiding Principles for Virginia’s 2022 History and Social Science Standards Revisions”, the administration declares that teachers should teach “facts” in “ways that do not ascribe guilt to any population in the classroom.” It wants teachers to “teach all of our history in an objective, fair, empathetic, nonjudgmental” manner. Finally, it directs teachers to facilitate discussions on “difficult” topics “without personal or political bias.”

First, let’s consider the contradictions. Teachers are directed to refrain from “political bias,” but the Guiding Principles document is replete with conservative political bias. One of the “foundational principles” is: “Centralized government planning in the form of socialism or communist political systems is incompatible with democracy and individual freedoms.” However, there are countries with democratic systems of government that also utilize varying degrees of socialism. There is a great deal of debate among academics and political philosophers regarding democratic socialism, but its very existence in some of the United States’ strongest allies demonstrates that the two concepts are not necessarily incompatible.

Another “foundational principle” that incorporates conservative political bias is: “America is exceptional but not perfect.” “American exceptionalism” has long been a component of conservative thought. But the concept has had its critics and been challenged. In addition, some argue that, to the extent that it existed, the foundations of American exceptionalism are now eroding. This “foundational principle” has overtones of “Make America Great Again.”

The conservative bias is also reflected in the choice of the specific speech cited as an example of how Virginia students will see the optimism and ideals of America: Ronald Reagan’s “city on a hill” speech. Somehow overlooked was Martin Luther King Jr.’s “I have a dream” speech, the most dramatic and eloquent speech in modern history that encapsulates America’s aspiration “to live up to the Founders’ ideals for a society that recognizes all individuals are created equal,” as set out in the administration’s “foundational principles.” If one wants to go back further into history, that speech made by that tall gangly fellow at Gettysburg also was pretty memorable for its optimism and ideals.

As for the teachers, they are admonished to be “objective, fair, empathetic, and nonjudgmental.” What do “objective” and “fair” mean? Do they mean that teachers need to present more than one viewpoint or side for an issue? How does one be “objective” about slavery or the Trail of Tears? Even the Guiding Principles document eschews objectivity by referring to “the abhorrent treatment of Native Americans, the stain of slavery.” How can a teacher be objective or fair about segregation? Does he or she just teach the basic facts that Virginia was a segregated society for a large part of the 20th century? (Of course, there is the danger of ascribing “guilt to a population in the classroom” and bringing up an “inherently divisive concept” by doing so.) Or does the teacher go further and discuss the ramifications of that segregation? And how does the teacher do all this without “personal bias”?

There are so many examples that would illustrate this dilemma. In Virginia and on this blog, the debates have centered on segregation, the Civil War, and racism. However, other fields are ripe as well for controversy. For example, the United States is the only country in history to have used atomic weapons in war. The official justification was that the action was needed in order to end the war sooner and avoid an American invasion of Japan itself, which would have resulted in massive American casualties. However, there is significant controversy over this justification, with many scholars arguing that the dropping of the bombs was not necessary. (That such a notion even existed was one of the revelations I experienced when I went to college.) A classroom discussion or debate over that issue could be an excellent learning experience for students, but to even broach the idea that dropping the atomic bomb was not necessary would likely be viewed in many areas of the Commonwealth as espousing an “inherently divisive concept.”

The Board of Education will have its first discussion on these revised standards at its meeting later this week, on Thursday. There will then be “public engagement” sessions and public hearings with a final review and adoption scheduled for the February 2, 2023, meeting of the Board. By law, the Standards of Learning must be reviewed by the Board of Education at least once every seven years, but they may be reviewed more often.