The Strange Case of a Proposed Medical Merger in Hampton Roads 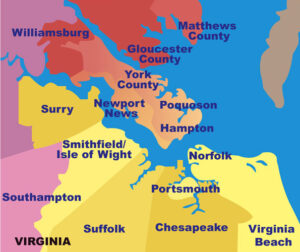 There was a story —  “Could EVMS merge with ODU, Sentara?” – in the Virginian Pilot this morning. It was well done and rendered a major public service.

A private study is “assessing” a regional merger of Sentara, ODU, EVMS and Norfolk State.  “Its task will be to provide recommendations to Gov. Ralph Northam on new ways the schools and hospital system could combine.” Not whether they should, or if there are any better options.

The study is paid for by the hopeful merger candidates, so no one will be waiting breathlessly for the findings, except apparently the Governor.

Northam has already announced that the results “may lead to significant changes for Hampton Roads’ “health care ecosystem,” which serves more than 1 million people.

The whole project reeks of Sentara self interest. The merger being studied will not be optimized for the good of the people of Hampton Roads.

Sentara wants the state to award it because the merger otherwise cannot withstand federal antitrust review.

Key excerpts from the story

Shortly after EVMS was informed, a consultant was hired to study the academic institution’s programs and finances. Its task will be to provide recommendations to Gov. Ralph Northam on new ways the schools and hospital system could combine.

Northam, who announced the project Aug. 5, said the results may lead to significant changes for Hampton Roads’ “health care ecosystem,” which serves more than 1 million people.

“This is an important effort to benefit Hampton Roads, and the Commonwealth as a whole,” Northam, a pediatric neurologist and EVMS graduate, said then.

The consultant, Manatt Health Strategies, is expected to deliver a report Nov. 15, ahead of the General Assembly session in January. Its advice could lead to new legislation or budget amendments for lawmakers to consider that seek to make the medical school more financially stable. …

Though it’s not clear how the process began and who the major players were, the contract with ReInvent, indicates Sentara is paying for most of it. The $285,000 fee will be covered jointly by the parties, with $185,000 from the private health system and $25,000 each from ReInvent, EVMS, ODU and the state. …

Virginia officials hope better partnerships could lead to improved health for the people of Hampton Roads. Eastern Virginia lags behind the state and nation in infant mortality, cancer, heart disease and diabetes. Most of these poor rankings reflect disparities with minority and low-income populations.

EVMS seeks a new model as a means to get more capital and improve its academic reputation.

Sentara wants to better “align” EVMS’ medical group with its own.

And all of them see opportunities to capture more clinical research funding.

Sentara increased its funding to EVMS in 2018 from $9 million to $26 million a year. For nearly 50 years, the company and medical school have partnered, with faculty and students working in its hospitals, including Sentara Norfolk General Hospital, a level 1 trauma center.

Dr. Kurt Stauder, CEO of EVMS Medical Group, said the practice, like others, has taken a hit from unexpected costs and a loss of patient volume.

The group, composed of 150 physician-teachers and 40 other health professionals, supports the medical school and treats over 1,600 patients a day.

Sentara, a state-sponsored monopoly in healthcare delivery in Hampton Roads also owns Optima, the largest health insurer in Hampton Roads and the state’s largest by far Medicaid contractor. Yet it remains unsatisfied with the stranglehold it has in the areas surrounding its Norfolk Headquarters. Ever rapacious, Sentara already effectively controls EVMS but lusts after the EVMS Medical Group and its 1,600 patients per day to further tighten its grip. The ODU and Norfolk State partnerships are harder to understand, but Sentara wants ironclad control of every arrangement, and it likely considers these two schools pliable. It also knows quite well that the state must award what it wants, otherwise federal government anti-trust lawyers would sue to stop it.

The team that is trying to put this together, given an open field in Hampton Roads area from which to choose participants, took the least capable choices in each category — EVMS, Old Dominion and Norfolk State. An infinitely better set of alternatives jumps out at anyone who knows the field.

The article author does not raise these options, but I have three simple questions for the Governor.

Useful data about the options

If we citizens of Hampton Roads get a vote, Governor, we pick a merger among William and Mary, Hampton University and University of Virginia to improve medical education in Hampton Roads.

I personally see no role in this for Sentara. The improved medical and nursing schools can work with and serve all of the hospitals in Hampton Roads, not just Sentara.

And no, Sentara will never stop plotting to expand its empire. It is relentless.

It has to do something with all those profits besides what it is required to do as a “not-for-profit” which is to improve the health of the people of Hampton Roads.

Then tell the people of Hampton Roads again why Sentara is tax exempt and should be given yet more power.