The New, Woke Approach to Saving the Bay 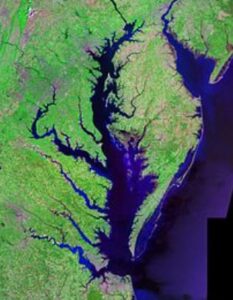 The Chesapeake Bay Program, a partnership of nonprofits, academic institutions, and federal, state and local governments, is now officially woke. In a new directive, the Executive Council has declared that the program will view Bay restoration through the lens of climate change and social justice.

“We acknowledge the consequences of climate change for the Chesapeake Bay region include the disproportionate impacts on vulnerable and disadvantaged populations in both urban areas and rural areas,” states the directive.

“Therefore, we commit to address the threats of climate change in all aspects of the partnership’s work to restore the Bay and its watershed. Partners will prioritize communities, working lands and habitats most vulnerable to every-increasing risks.”

It’s not clear what this will mean in practice. Is the Chesapeake Bay Program board merely genuflecting toward woke rhetoric, or will this new framework meaningfully alter priorities and the allocation of resources? We’ll have to wait and see. But the directive is a clear example of how environmentalist groups are increasingly viewing environmental issues through the lens of climate change and social justice.

The risk is that broad bipartisan support for “Save the Bay” initiatives, focused on such tangible goals as restoring sea grasses, growing oyster beds, combating algae blooms, and revitalizing aquatic species, could be subsumed by abstract global priorities such as climate change and achieving social justice.

The board has directed the staff to do the following (bold face are direct quotes):

Address the threats of climate change in all aspects of the partnership’s work to restore the Chesapeake Bay and its watershed. That means integrating climate science and adaptation into its work, and reflecting that priority in its organizational structure.

It also means incorporating “climate risks” into its management strategies, and ensuring that programs “equitably address the impacts of climate change on vulnerable populations, including indigenous people, historically underrepresented communities, those of lower economic status and people of color, considering existing social, economic and health disparities.”

Apply the best scientific, modeling, monitoring and planning capabilities of the Chesapeake Bay program. This is self explanatory.

Many strategies that farmers have used to reduce pollution runoff, The Virginian-Pilot explains, have had the side effect of storing carbon that otherwise would have been released into the atmosphere.

The commitment is “critically important and it’s long overdue,” the Pilot quotes Governor Ralph Northam as saying at a signing ceremony at the Brock Environmental Center in Virginia Beach. “Climate change presents a clear threat to the investments we have made in restoring the Chesapeake Bay and that urgent action is required.”

Bacon’s bottom line: Yes, we do still have a lot of work to do. I’m not persuaded that prioritizing carbon sequestration will do anything to help the Bay’s oysters, crabs or bass. To the contrary, it could well prove to be a distraction. But we’ll have to wait and see how this abstract yearning translates into real-world action.