The case for legalizing recreational marijuana use in Virginia 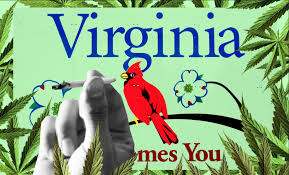 Caveat.  While I have no moral objection to the possession of marijuana I do not espouse breaking the laws of the Commonwealth of Virginia.  I believe the marijuana laws in Virginia should be changed but, until they are changed, I encourage everybody to obey the laws as they are presently written.

Strive for five.  I believe the five key reasons for legalizing recreational marijuana use in Virginia for adults are liberty, the failure of the current approach, costs of enforcement – both financially and in terms of racial bias, the economic benefits to the state and the inevitability of legalization.  Each will be discussed in turn.

Democracy, liberty and freedom.  The first and most important reason to legalize recreational marijuana use in Virginia is philosophical.  Our political leaders in Richmond speak in hushed, reverential voices about “Mister Jefferson”.  They then turn around and ignore the fact that a significant majority of Virginians favor legalizing marijuana.  Somehow, our political leaders seem to think that banning a plant against the wishes of a majority of the electorate is commensurate with Thomas Jefferson’s ideals of democracy, liberty and freedom.  Perhaps our General Assembly should start referring to Thomas Jefferson as “ole what’s his name” until they can demonstrate some willingness to adhere to Jefferson’s actual views on liberty, etc.

Pot prohibition has failed.  Federal, state and local efforts to make and keep marijuana use illegal have not curtailed its use.  Our government has been busily trying to ban marijuana since 1937 and raised the stakes considerably with the Controlled Substances Act (which became effective in 1971).   Nearly 50 years after the federal government made marijuana a Schedule 1 “narcotic” its use continues to rise.

Enforcement and racial bias.  The enforcement costs needed to continue the ineffective prohibition of pot are very high.  In Virginia authorities have made 133,000 arrests for marijuana possession over the past 10 years.  10,000 Virginians are convicted of a first time marijuana possession offense every year. In fact, marijuana arrests in Virginia increased over the past year.  Worse yet, the arrests are heavily weighted against African-Americans.  VCU studied the data in 2015.  As NORML calls out, “That study concluded that blacks account for nearly half of all marijuana possession arrests, but comprise only 20 percent of the state population.”  Some parts of Virginia are far worse than that.  “In some counties and towns, such as in Hanover County and in Arlington, Virginia, the black arrest rate was six to eight times that of whites.”  These arrest ratios completely diverge from studies showing that marijuana use is roughly the same between backs and whites.

Economics.  The Kansas City Federal Reserve studied the economic impact of marijuana legalization on the state of Colorado … “In 2017, the state of Colorado collected more than $247 million from the marijuana industry, including state sales taxes on recreational and medical, special sales taxes on recreational, excise taxes on recreational and application and licenses fees.”  Given that Virginia’s population is 42% bigger than Colorado’s a straight line interpolation would suggest $353m in annual taxes in Virginia.  That total does not count the savings from reduced law enforcement nor does it include the potential profit generated for the state if the legal marijuana were sold through Virginia ABC stores.

Inevitability.  Nine states and DC have legalized marijuana.  Michigan and North Dakota will vote on adult use marijuana legalization this November.  This week the entire country of Canada legalized the recreational use of marijuana.  Once again Virginia is being surrounded by progress and once again Virginia is standing slack jawed and rheumy eyed as a philosophical island of obstinate resistance to inevitable change.