Teaching History as the Struggle for a “More Perfect Union” 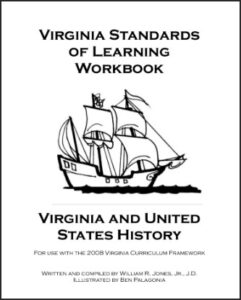 The Youngkin administration has published a document, “The Guiding Principles for Virginia’s 2022 History and Social Science Standards Revisions,” which lays out the thinking behind revisions to the history and social-science Standards of Learning standards.

The document does not dictate what teachers will teach. To the contrary, it states explicitly that the goal is to teach history “in an objective, fair, empathetic, nonjudgmental and developmentally appropriate manner” and that teachers must facilitate “open and balanced discussions on difficult topics, including discrimination and racism, and present learning opportunities without personal or political bias.” Rather, it explains the rationale for determining the body of knowledge that K-12 students must acquire.

To many Virginians, the principles will seem laudable. But they are antithetical to ideological currents prevalent in the educational establishment that regard the American republic as conceived in sin and that interpret history through the lens of racial, sexual and gender oppression. Because the legacy media will never present the Youngkin administration’s thinking in depth — and because I cannot articulate those principles any better than the the authors — I republish lengthy excerpts of the document here. — JAB

Virginia’s History and Social Science standards aim to restore excellence, curiosity and excitement around teaching and learning history. The teaching of history should illuminate insights from the past and inspire current and future generations to lead lives that are informed and inspired by those who walked this journey before them.

Every graduate from Virginia’s K-12 schools will posses a robust understanding of the places, people, events and ideas that comprise the history of Virginia, the United States and world civilizations. Our students will learn from the rise and fall of civilizations across time, so that we may pursue and maintain government and economic systems that have led to human achievement. The Virginia standards are grounded in the foundational principles and actions of great individuals who preceded us so that we may learn from them as we strive to maintain our political liberties and personal freedoms and thrive as a nation.

The United States, whose founding history is rooted in Virginia’s history, has led the world in political, social and economic thought and action in ways that fundamentally changed the interactions and expectations of individual citizens with government. Students will know that the Declaration of Independence first stated that “all men are created equal, and that they are endowed by their Creator with certain unalienable Rights, that among these are Life, Liberty and the pursuit of Happiness.” The standards will recognize the world impact of America’s quest for a “more perfect Union” and the optimism, ideals and imagery captured by Ronald Reagan’ “shining city upon a hill” speech. Students will know our nation’s exceptional strengths, including individual innovation, moral character, ingenuity and adventure, while learning from terrible periods and actions in direct conflict with these ideals.

Our students will also understand that our history encompasses a broad civilization beyond their neighborhood, Virginia and the United States. They will learn that humankind has spanned continents, ethnicities and religions, with common qualities that unite us and differences that enrich our society. The events of our history demonstrate that people have incredible ability to inspire, innovate and improve lives, and this human story also shows that evil exists wit the capability of destroying civilization, communities and individual lives.

The standards provide an unflinching and fact-based coverage of world, United States and Virginia history. Students will study the horrors of wars and genocide including the Holocaust and the ethnic cleansing campaigns that have occurred throughout history and the world, United States and Virginia history. They will better understand the abhorrent treatment of Native Americans, the stain of slavery, segregation and racism in the United States and around the world, and the inhumanity and deprivations of communist regimes. Students will also study inspirational moments including the achievements of Greek and Roman governments and advancements in engineering, architecture and art, the European Enlightenment, the American Revolution, the triumph of America’s Greatest Generation in World War II, the Marshall Plan, the civil rights movement, the fall of the Berlin Wall, Project Apollo and the heroic sacrifice of Flight 93 passengers.

Students will have an in-depth understanding of the good and bad in the world, United States and Virginia history. The standards will include an appreciation of the attributes and actions that have made America the world’s exemplar of freedom, opportunity and democratic ideals. This comprehensive story of the United States and the world will prepare every student for the rights, opportunities and responsibilities of Americans. As noted by George Santayana over 100 years ago, “those who cannot remember the past are condemned to repeat it.”

The foundational principles for these History and Social Science learning standards include:

This entry was posted in Culture wars, Education (K-12), Virginia history and tagged James A. Bacon. Bookmark the permalink.