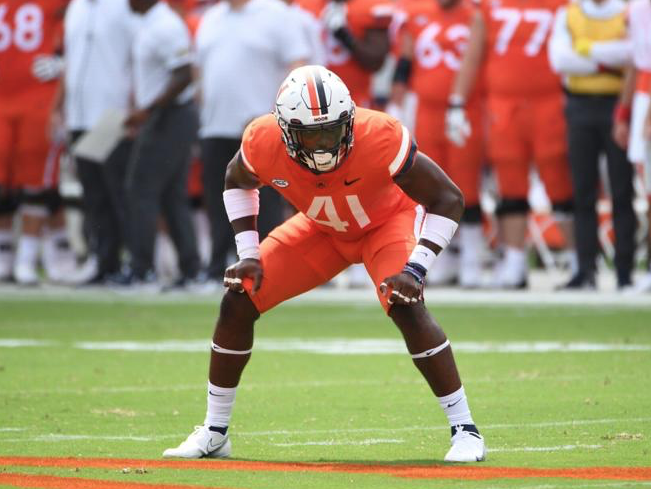 From the Charlottesville Daily Progress: 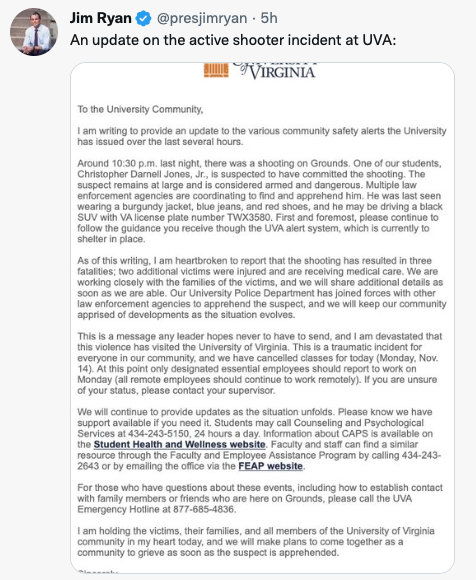 Second Victim Identified. The Richmond Times Dispatch just updated the story with the name of a second deceased victim. 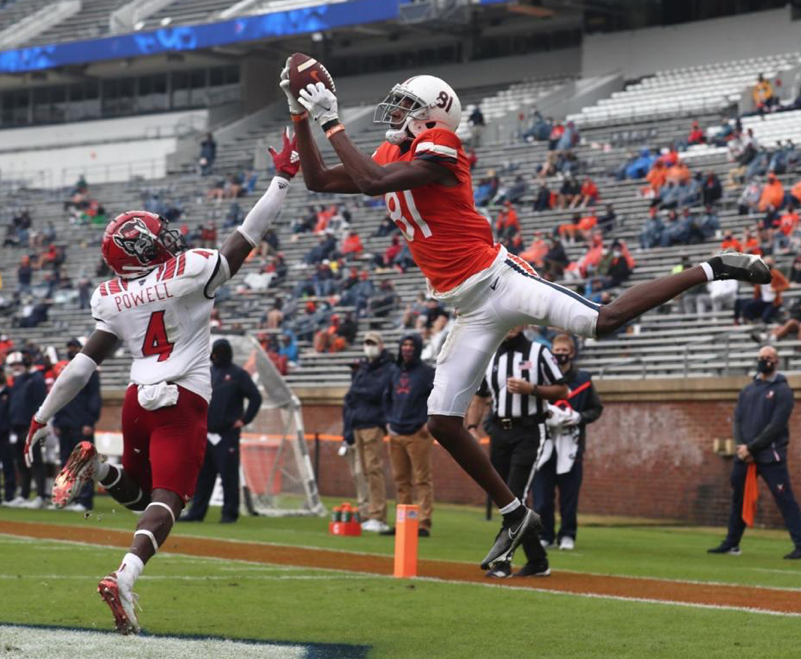 More about Mr. Davis here.  He was from Dorchester, S.C. 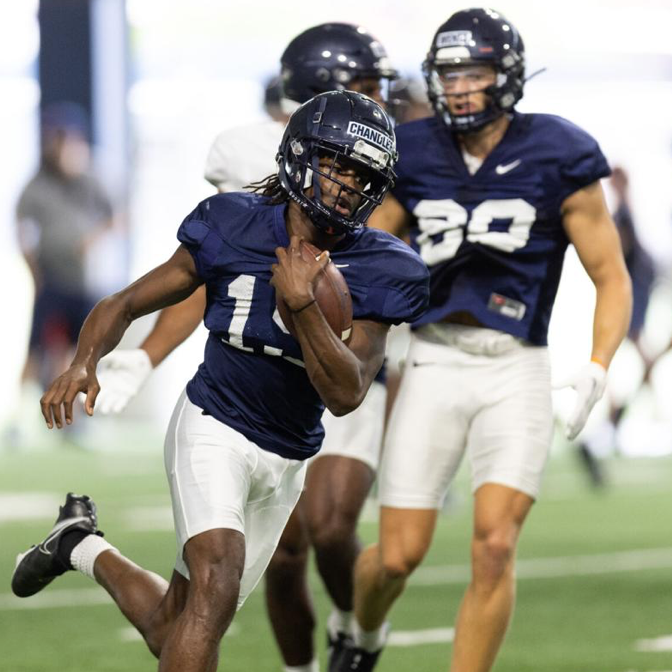 Chandler was in his first season with Virginia after transferring from Wisconsin this past offseason. He was a Huntersville, N.C. native

The suspected shooter. The UVa Police Department released on Twitter a statement that it is looking for Christopher Darnell Jones, an ex-football player (walk-on) (2018) and current UVa student, in relation to the incident.  Jones was a graduate and football player at Petersburg High.

Mr. Jones was the only member of his class at Petersburg High to attend UVa.  AP reports that he is now in custody. 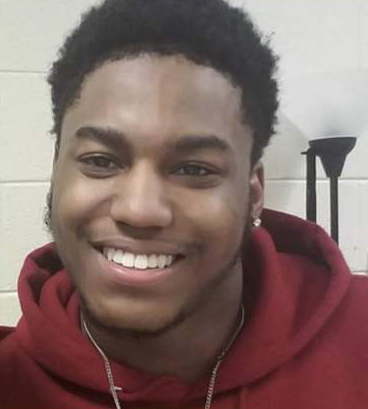 Latest reports indicate that both the shooter and the victims were on a bus together returning from a field trip to see a play at a theater in Washington, D.C. on Sunday.

The names of the two other victims who lived have not been released.

At a press conference, Chief Longo indicated that Mr. Jones had been brought to the attention of the University Threat Assessment Team after a report that he had a gun.  From the Charlottesville Daily Progress:

Those are very troubling reports about the effectiveness of the UVa police.

Utterly heartbreaking for the families, the UVa community and Petersburg.

This entry was posted in Crime , corrections and law enforcement and tagged James Sherlock, University of Virginia. Bookmark the permalink.