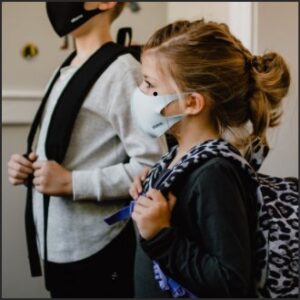 One of the most malignant organizations in Virginia is the ACLU.

These far-left lawyers, who are supposed to be concerned with civil liberties (hey, it’s in their name: the American Civil Liberties Union), sucked their thumbs as Democrat Gov. Ralph Northam stomped all over the civil rights of Virginians for two years.

When kids with speech impediments had to go to speech therapy in masks, the ACLU hibernated.

Posted in Courts and law 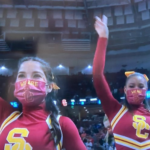 I can’t watch. It raises my blood pressure.

I’m talking about the NCAA Basketball Tournament. For the first time in years I’m not glued to my TV during March Madness.

I have my reasons:

First, none of the teams that matter to me made the tournament.

Second, I’m not in a pool this year. That significantly reduces interest.

Third — and most important — after two years of trying to look away, I can’t stand any more pandemic theater. And that’s exactly what’s going on at every game where the cheerleaders are wearing stupid masks and virtually none of the thousands of spectators are sporting them. END_OF_DOCUMENT_TOKEN_TO_BE_REPLACED

Next Up: Strike Down the Airline Mask Mandate 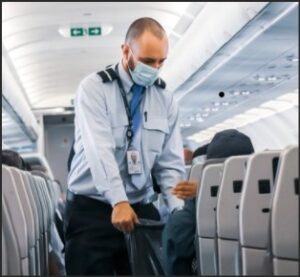 Hang in there’re kids. Just eight more school days until you can see the smiles of your classmates again and breathe freely.

On Tuesday, the Virginia State Senate approved Gov. Glenn Youngkin’s emergency clause to the mask-optional bill that will make the law go live on March 1.

All that remains for the measure to become law is for the House of Delegates to vote. It will easily pass the House with its GOP majority.

Remember, kids. It’s Democrats who want you to keep wearing masks indefinitely. They know that cloth masks don’t stop viruses. They do not care. Masks are a sign of obedience. They want to get you accustomed to authoritarian government measures while you’re young. END_OF_DOCUMENT_TOKEN_TO_BE_REPLACED

Democratic Flip-Floppers Voted Yes Before They Voted No 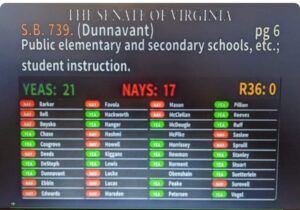 Tired of masks? Me too. But this is important.

Imagine how hard the teachers’ unions must have lobbied their indentured Democratic servants in the Virginia State Senate to get seven who voted to end forced masking of school children on Tuesday to vote against the same exact bill on Wednesday.

It passed without their votes, of course. But their bizarre behavior needs to be highlighted.

Which Dems stayed strong? Chap Petersen of Fairfax, of course, the driver behind this move to end mask mandates. Joined by Lynwood Lewis of Accomac and Joe Morrissey, Richmond. END_OF_DOCUMENT_TOKEN_TO_BE_REPLACED 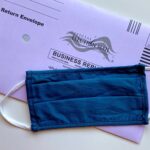 Rather, read the country.

As Democrats in the Old Dominion lawyer up and throw hissy fits in a mad attempt to keep forced masking in schools, their counterparts in four blue states spent Monday merrily rolling back the mandates.

Coincidence? Not a chance.

These Democrats can read a room. The polling on mask mandates must be atrocious. They know that the November mid-term elections are going to be a bloodbath for their party if forced masking of kids — the most visible sign of gubernatorial overreach — stays in place through the 2022 school year. END_OF_DOCUMENT_TOKEN_TO_BE_REPLACED 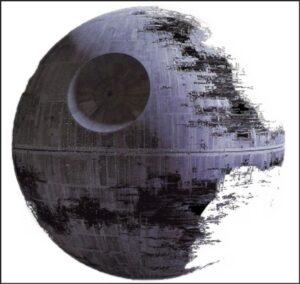 On Friday evening, February 4th, in my capacity as a parent, I received the attached press release from Fairfax County Public Schools which announced the ruling of the Arlington County Circuit Court on the Governor’s Executive Order No. 2 regarding “parental option” for any child masking policies.

The press release begins by lauding the Court’s ruling as an “immediate action to protect the health of the community and also reaffirms the constitutional rights of the school boards.” It then states that FCPS will indefinitely continue its policy of Forced Masking for” all students, staff and visitors, a regulation which is overwhelmingly supported by our staff and families” which “has been a critical safety measure during the pandemic, especially during the most recent surge.”

No evidence is cited for any of these statements, which are clearly opinions – not facts. Since FCPS has circulated its opinions via a public forum, I will respond in kind on the two key presumptions: END_OF_DOCUMENT_TOKEN_TO_BE_REPLACED

Arlington Judge Rules in Favor of Forced Masking of Kids 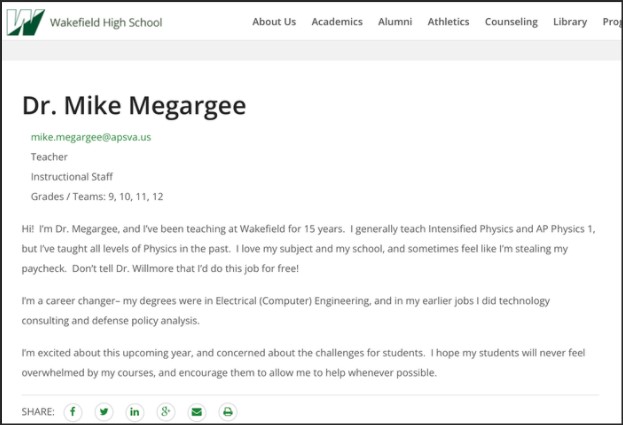 Amidst the cacophony of leftist celebrations Friday — the high fives, the gloating — over an Arlington County Circuit Court judge’s ruling that the forced masking of school children can continue in Virginia, one important wrinkle went unexplored by the mainstream media.

Once again, only Luke Rosiak, a reporter for The Daily Wire, had the curiosity to dig a little deeper.

That’s when he discovered that it appears the judge’s husband may be employed by one of the plaintiffs in the case.

If so, she never should have heard this case. END_OF_DOCUMENT_TOKEN_TO_BE_REPLACED 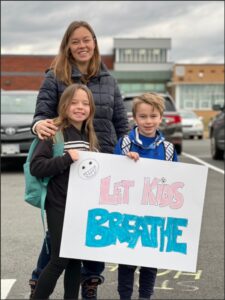 The Resistance Is Cohering. And the Media is Part of It.

NEW: Virginia’s new attorney general emphatically denies that he fired a @UVA lawyer because that lawyer is also helping investigate on the January 6 select committee. I pressed @JasonMiyaresVA on this after a spox told this to @washingtonpost. Here’s the AG’s response. @8NEWS pic.twitter.com/7Jf1hJ5w8y

I think Donald Trump might have enjoyed a longer honeymoon with the media than Governor Glenn Youngkin and Attorney General Jason Miyares. No, upon reflection, that’s not quite true. The media went into attack mode the day after Trump’s inauguration over the crowd-size controversy (a meaningless issue that Trump largely brought upon himself by his silly insistence that the crowd was bigger than it actually was). By contrast, the media waited three or four days to take out the knives for Youngkin and Miyares.

Hopefully, we can put at least one ginned-up media controversy to bed — the paranoid and ill-informed speculation that Miyares fired University of Virginia’s university counsel Tim Heaphy as a form of retribution for taking a leave of absence to work on the investigation into the Jan. 6 Capitol riots. There was never a shred of evidence to support the allegation and plenty of reason to believe otherwise, not the least of which was the denial of Miyares’ spokesperson at the time. Now Miyares himself has said emphatically on television (see the video clip above) that Heaphy’s involvement in the Jan. 6 investigation had “zero” role in the decision to cashier him. Got that? Zero! In case you missed it… zero! END_OF_DOCUMENT_TOKEN_TO_BE_REPLACED

Chap Petersen to the Rescue? 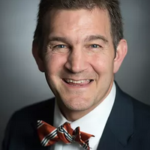 Don’t look now, but Virginia may have its own version of maverick U.S. Senator Joe Manchin.

I’m talking about Democratic State Sen. Chap Petersen of Fairfax County. The lone member of Virginia’s General Assembly — from either party — with the stones to stand up to former Gov. Ralph Northam’s despotic executive orders last year and challenge them in court.

Petersen, a lawyer, didn’t prevail but he fought the good fight.

It appears Petersen may not be a fan of any executive orders, including the new one by Gov. Glenn Youngkin that reverses Virginia’s statewide school mask mandate.

That doesn’t mean Petersen believes kids should be wearing masks in school much longer.

In fact, in an email Petersen warned that if Fairfax County didn’t end forced masking by Valentine’s Day he’d join with Republicans in the Senate to pass a bill that liberates our school children. END_OF_DOCUMENT_TOKEN_TO_BE_REPLACED

CDC Has Three Recommendations on the Masking of Children. None of Them Match. 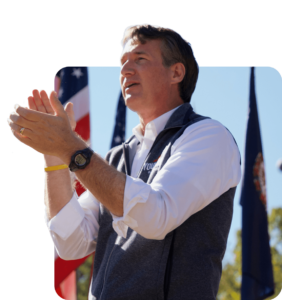 And the Governor’s Executive Order will outlive the Virginia law that directs schools to adhere to CDC guidance, even if they think they can figure out what it is.

Many quote the “science” that favors their opinions.

…each school board to provide such in-person instruction in a manner in which it adheres, to the maximum extent practicable, to any currently applicable mitigation strategies for early childhood care and education programs and elementary and secondary schools to reduce the transmission of COVID-19 that have been provided by the federal Centers for Disease Control and Prevention.

A little-noted provision of that law is that it expires on August 1 of this year. It will not pass again. The debate will continue after that date, but so will the executive order.

Regardless, I thought it would be useful to go to the source, CDC, and see if its science-based “currently applicable mitigation strategies” match its politically influenced  guidance.

I cannot certify that they do. The CDC offers at least three different recommendations for protecting children from COVID.

None of them match. And there is strong evidence that the CDC changed its school masking recommendations under National Education Association pressure. END_OF_DOCUMENT_TOKEN_TO_BE_REPLACED 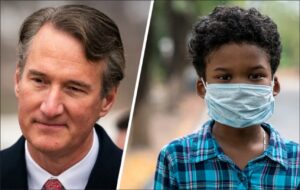 About one in 16 American adults suffer with chronic pulmonary disease. Serious health guidelines say they’re the primary ones who should not wear masks. Some of them still can, but a figure of 6% is about the maximum of adults who shouldn’t wear them.

The governor of Virginia, elected to eradicate a subject that isn’t being taught, has decided that removing masks from public schools is the hill he wants to die on.

The two possibilities are that he truly believes life-saving mask mandates in public schools threaten personal freedom, or that he wants to pick a fight early on to exhibit his strength as governor.

The latter seems more likely. And while even some people are his side of the aisle are smart enough to see what he’s doing, a lot of the people who voted for him aren’t. They elected a reality TV star as president and now a financial speculator as governor. Somehow the image of a private equity manager struck them as more John Wayne than Jacob Marley. END_OF_DOCUMENT_TOKEN_TO_BE_REPLACED