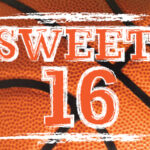 What will this year’s General Assembly cost you in taxes? Here are at least 16 bills approved by the 2020 General Assembly that create or raise taxes on Virginians or authorize a local government to do so. No one told Virginians at the start of session that major tax increases were coming, and there is little recognition of what has now happened. It is time to tally the bill.

If anybody would or could run the fiscal projections on these 16 tax bills, they might combine into a major tax hike comparable to those in 2004 and 2013. Over several years this will cost families or businesses billions of dollars, but most will be collected by wholesalers (cigarettes and fuel) or too deeply buried on receipts to see.  Assessments on business eventually get passed down to the customer: you.

This is a slightly longer list than the one reported about three weeks ago, and if somebody has other bills to mention, send them on. This list was also just distributed by the Thomas Jefferson Institute for Public Policy.

Bills of Statewide Impact (where companion bills passed, only one is linked):

2)  House Bill 1414 raises the statewide tax on gasoline by five cents per gallon on July 1 of this year and then against July 1, 2021. The bill also imposes an additional 7.6 cents per gallon to be collected in all the state’s localities not otherwise covered by a regional transportation tax  The tax on gasoline for your car rises from just above 16 cents to just under 34 cents per gallon in 16 months. An additional grantors tax on Northern Virginia real estate transactions is also created, to be used in that region. No revenue total for 1414 is provided, but it is likely $300 million or more next year, and close to $400 million the following year.  A Senate presentation estimates “almost $800 million” over the two years.

3) House Bill 785 grants to all counties the ability to collect four taxes previously allowed to cities but denied to most counties. If all exercise the options allowed, Virginians in them could be paying an additional $500 million by 2022. Most of that would come from taxes on restaurant meals and prepared foods, now allowed only after a referendum (often rejected). Most of that would come if Fairfax County imposed that tax, rejected by its voters in 2016.

4) House Bill 534 allows any Virginia locality to impose a 5-cent tax on plastic bags at retailers, on a local option basis. In response to a question on the floor, the patron said if a retail uses two bags to make sure items are secure, that will cost a dime.

Taxes Hidden on Your Electricity Bill

5) Senate Bill 851, the clean energy omnibus, imposes the state’s first carbon tax on electric power generation, collecting perhaps $150 million or more in 2021. By 2021 your electric bill will also include a tax to fund a new low-income benefit program, capping electric bills for public assistance recipients, called the Percentage of Income Payment Plan. That is likely to be another $200-250 million per year, only for customers of the two largest providers.

6) House Bill 4 authorizes five casinos in Virginia, if approved by local referendum, and sets the tax rates on their gross receipts at from 18 to 30%, depending on their income. Revenue will be shared with the host localities.

8)  House Bill 1428 creates a new state health benefits exchange and funds its operation with an assessment on health insurers, similar to the hospital provider assessments previously used to fund the 2018 Medicaid expansion. The assessment is expected to collect about $3 million next year but more than $50 million annually once the exchange is fully operational.

9) House Bill 1145 imposes an increase in the state’s small litter tax on retailers and the beverage industry.

11) House Bill 1541 creates a new Central Virginia Transportation District in the Richmond region, copying similar special taxing regions for Hampton Roads and Northern Virginia. Richmond area residents and businesses will pay an additional 0.7% on the sales and use tax and the 7.6 cent regional fuel tax.  The taxes will raise $179 million next year and $198 million the following year.

12) House Bill 1726 creates a regional transient occupancy tax and grantors tax on deeds in the Hampton Roads Region to provide an additional $25 million per year for mass transit operations.