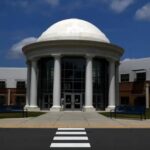 The racial bean counters won the battle over admissions to the Thomas Jefferson High School for Science and Technology. Revisions to the admissions policy at the elite high school, one of the highest-rated public schools in the country, have boosted the percentage of offers to Hispanic and Black students in the fall — largely at the expense of Asian students.

White students received 22% of the offers, compared to 17% and 22% over the past four years, essentially unchanged. Asian students, who previously accounted for 65% to 75% of offers, received only 54%.

“These kids are going to be more equipped, with their diverse backgrounds and stories, to really bring a holistic look at the power of science and technology to improve our country and our world,” said Fairfax County Schools Superintendent Scott Braband, as reported by The Washington Post.

Fairfax has “broken the hearts of many deserving students,” the Coalition for TJ, an organization of parents defending the old standards, countered on Twitter. “We lament the war on Asians launched by Fairfax County Public Schools.”

The new admissions system approved last year asked school staffers to consider applicants’ socioeconomic and racial backgrounds and did away with a difficult admissions test and $100 application fee, according to the Post. Braband cited the demographics of the entering class as proof that the revisions worked. The Grade Point Averages of the applicant pool this year was 3.9, higher than in previous years. The GPA of students offered spots in the class, 3.95, was about the same as in the past four years. “These kids will come fully ready to participate fully and successfully,” he said.

Bacon’s bottom line: Grade Point Averages are far more subjective measures of academic achievement than admissions tests. Grade inflation is an omnipresent reality. A 2017 study, Measuring Success: Testing, Grades and the Future of College Admissions, found that the average high school GPA climbed from 3.27 to 3.38 between 1998 and 2016. In the top decile of high schools, the average GPA had hit 3.56.

“High schools that liberally assign high grades may paradoxically disadvantage some students,” the study said. “Such grade inflation blurs the signal of high grades on a transcript, meaning that the students whose performance truly justifies A grades are not easily discernible from students with more modest classroom performance.”

While the authors of that study were exploring the implications for college admissions, grade inflation in middle schools create a similar challenge for admissions to elite high schools like TJ. When a substantial number of students sport 4.0 averages, grades are useless as a means to distinguish bright students from exceptional students.

If the TJ admissions process admits less qualified students, I fear that one of two things is likely to happen. Either students who would excel in a normal high school will  struggle at TJ, or TJ will be forced to lower its standards to accommodate them. I’d like to say that time will tell. But we may never know the outcome. Educators are masters at concealing their failures. From an ideological perspective, TJ has become a national symbol of the nation’s culture wars. For those who engineered the revised admissions policy, failure is not an option.