SCOTUS: Give Rochelle Walensky Something to Cry About 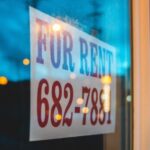 It won’t be long before the U.S. Supreme Court smacks down CDC Director Rochelle Walensky’s order that revived until October 3rd a glaringly unconstitutional eviction moratorium.

They’ll give the woman who was blubbering about her feelings of “impending doom” last winter something to cry about.

In fact, the judiciary is already flexing its muscles. After landlord groups submitted an emergency filing to block the moratorium in D.C. federal court, a judge demanded that the government respond by tonight at 9 p.m.

Putting aside the audacity of a U.S. president urging unelected bureaucrats to issue clearly unconstitutional orders, this entire impulse — to side with renters over landlords — is a leap toward Marxism.

That isn’t hyperbole. And it started with the Trump Administration. The difference is that earlier this summer, the Supreme Court signaled that the CDC was acting outside its authority.

So the Biden administration KNOWS this is illegal and pushed ahead anyway.

Ownership of private property is one of the foundations of our constitutional republic and when the government decides it can essentially negate leases and allow squatters to live rent-free in dwellings owned by others we’ve crossed into dangerous territory.

The media isn’t helping with headlines like this one from yesterday’s Virginian-Pilot:

Despite So-Called Eviction Bans Thousands of Virginians Have Been Forced Out of Their Homes During the Pandemic.

Let me fix that for you, Pilot:

Despite So-Called Eviction Bans Thousands of Virginians Have Been Forced Out Of The Homes They Rent From Someone Else.

Like many of you, I’ve been a renter. And I’ve been a homeowner. There is a big difference.

Renters sign leases that allow them to live in someone else’s home or apartment for a period of time and for a specified amount of rent due on an agreed upon day of the month.

In return, the landlord is expected to keep the place habitable, pay the taxes and insurance.

You know the drill. There are all sorts of obligations placed on both parties to a lease.

By what possible authority does an apparatchik like Rochelle Walensky have to tell tenants that because there is a virus on the loose, they no longer have to pay their rent and there’s nothing the landlord can do about it?

The owner of the property doesn’t get tax relief. Or insurance relief. Or mortgage relief.

Look, at the outset of the pandemic many workers lost their incomes because governors deemed their labor “nonessential.” Almost immediately the federal government began sending out stimulus checks and supplemental unemployment dollars. Now families earning less than $150,000 are getting generous monthly child tax credits from the government.

The economy is booming. Help Wanted signs are everywhere. What the heck are people spending their money on if not rent?

If the Biden administration is worried about people becoming homeless in a pandemic, let them set up free housing.

It’s wrong to force the private sector to do it.

Using a pandemic as an excuse to deprive property owners of their rights is cynical and wrong.

Look for the Supremes to set this right.

This entry was posted in Courts and law, Housing and tagged COVID-19, Kerry Dougherty. Bookmark the permalink.