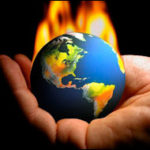 The Virginia Clean Economy Act (VCEA) mandates a plan for the Commonwealth electric grid to become carbon free. It is one of the most ambitious climate policies adopted by any state. Dominion Energy is the primary vehicle for achieving the carbon free goal.

There is only one reason for such an ambitious, costly, and risky policy. The General Assembly and the Governor accept the narrative that climate change is caused by fossil energy use and is a foreseeable existential threat. Is it, and is VCEA the best strategy for responding?

There are strong reasons to doubt that the “Climate Crisis” is in fact an existential crisis or that the Commonwealth has adopted the most efficient and cost-effective strategy for dealing with whatever  climate problem actually exists.

Almost all that policy makers and legislators know about climate change comes from interpretations of the Intergovernmental Panel on Climate Change  (IPCC) and its periodic reports.  For the most part, decision makers are provided papers and briefings on what the IPCC has concluded, primarily from its Summary for Policy Makers (SPM). It will come as a surprise to learn that the Summary for Policy Makers does not necessarily reflect what is contained in the underlying scientific assessment.

Dr. Steven Koonin, a distinguished physicist who was Provost at CalTech and a senior official in the Obama Administration, has written a book, “Unsettled,” that demonstrates that the underlying IPCC reports on climate science are less alarming than documents derived from them. He points out that the SPM is “heavily influenced, if not written, by governments that have interests in promoting particular policies.” The final assessment reports are the result of “contentious meetings of experts and politicians” with the Lead Author being able to unilaterally reject criticism by participating authors.

Koonin points out that a reason for the disconnect between the underlying science and what the public and policy makers are told is that information passes through a number of filters before getting to them. He describes the process as analogous to the game Telephone.  There is far less certitude in the science and assessments than in the statements and perspectives that were the foundation for the VCEA. For example, the most recent IPCC science, AR-5, expresses low confidence that the temperatures of the last 30 years exceeded the range of the last 500, as well as low confidence in long-term increases in  the frequency of hurricanes. In terms of sea level rise, Koonin points out that the “most recent values of the rate (of rise) were statistically indistinguishable from those during the first half of the twentieth century.”

Koonin states categorically “that media, politicians, and often the assessment reports themselves misrepresent what the science says about climate and catastrophes. … The constant repetition of these and many other climate fallacies turns them into accepted truths.” There would be less support for renewables if they were portrayed as a way to address “a possible future problem instead of being promoted as the solution to an existential catastrophe.” The notion of an imminent crisis comes from a mischaracterization of the IPCC’s worst-case scenario where no further efforts are made to reduce emissions. Of course, that world doesn’t exist.

He also is very clear that the “net zero” goal is “highly implausible” and,  furthermore, that the long-term goal of stabilizing CO2 at double the level prevailing during the industrial revolution is a fools errand.

Climate change is a problem that we can deal with without without it being a tool to gain more political power and promote an extreme environmental agenda.

It’s easy to dismiss my perspective as that of a skeptic. But there is a course of action that could put my perspective to the acid test. The General Assembly could empanel a small group of scientists to publicly critique Dr. Koonin’s analysis and engage him in a professional back and forth. Given the potential costs of pursuing the goal of the VCEA, the citizens of the Commonwealth deserve nothing less. If the General Assembly strongly believes its justification for passing the VCEA, it should not shrink from a public scientific debate.

This entry was posted in Environment and tagged Bill O'Keefe, Climate change. Bookmark the permalink.