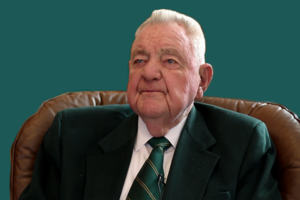 Northern Virginia is the object of admiration and contempt, in Republican circles, and even among some liberals in economically stagnant Maryland and Washington, D.C.

In the last few years, Loudoun County, where I had a political career as a Republican, has gone “blue” as has Prince William and much of Fairfax counties.
Some conservatives lament the influx of liberals and also immigrants, notably from Asia and Latin America, though of late, Latinos seem to be voting more Republican.

But the counties and cities that make up “Northern Virginia” – Fairfax, Loudoun, Prince William, Arlington and cities Alexandria, Fairfax, Manassas, etc. – are one of the most prosperous regions in the U.S. It is nearly recession-proof due to the largesse of the federal government, particularly defense and homeland security dollars (which we Republicans support, no?)

The success of NoVa is also due to business leaders who in the 1950s and 60s saw the area, particularly Fairfax County, as a potential economic engine. One of those was John Tilghman Hazel, known as “Til,” a Harvard-educated attorney and developer, who passed away March 15 at his farm in Fauquier County at the age of 91.
Hazel helped build Tysons Corner into the mecca for jobs and retail that it is today. This land-use lawyer with a gruff Virginia accent, crew cut and and bulldog of a face “was hired to condemn land for a road that came to be called the Capital Beltway,” The Washington Post obituary writes.

“Then, as Fairfax leaders welcomed growth, he was the go-to lawyer to get land rezoned…. [He] represented Lerner, who built Tysons Corner Center and the Tysons II shopping, office and hotel complex,” the Post reports.

Joining with developer Milton Peterson in 1972, the Hazel-Peterson Co. built Burke Centre, a planned community of 15,000 people second only to Reston; Franklin Farm near Washington Dulles International Airport; Fair Lakes, a residential and office complex on 657 acres in western Fairfax; and Fairfax Station, a high-end subdivision off Route 123.

The jobs followed. By 2005, some 116,000 people were working in Tysons Corner, among 650,000 jobs in Fairfax County alone. The Dulles access road was just a driveway to Dulles Airport until the mid-1980s when the Toll Road was opened and the technology companies followed. The corridor is now dotted with skyscrapers bearing the names of America’s biggest employers.

I first got to meet Mr. Hazel, as I always called him, when I lived in Montgomery County, Md., and organized a group of citizens to advocate for a second river crossing north of the I-495 Legion Bridge. Hazel, who in the 1980s chaired the Greater Washington Board of Trade, was a huge proponent of transportation investments like an Outer Beltway and was a main benefactor of the business group the Northern Virginia Transportation Alliance, which I worked hand in glove with on this issue for many years. Maryland’s intransigence has been a leading reason why a second crossing never happened and why traffic congestion in the D.C. area is so bad.

When I moved to Leesburg in 2002, I caught up with Mr. Hazel again to see if he was willing to support a parallel group to NVTA that would galvanize citizens to lobby their legislators for transportation funding and projects and thwart NIMBY opposition, which killed most of D.C.’s planned highways.

He watched my PowerPoint in my Leesburg office and said: “What you have Ken is passion!”

Yes, I was very passionate about transportation and lamented Richmond’s inability to get funding for needed roads. So, I ran for Leesburg town council in 2006 and Mr. Hazel supported my campaign and future efforts – though, not once was I even contacted for a vote on one of his projects. I became a leading transportation advocate among municipal elected officials in NoVa.

At least when I knew him, Mr. Hazel spoke his mind, once in a private meeting calling then Gov. Mark Warner “the worst governor Virginia has ever had!” ( to the face of Warner’s transportation deputy secretary). Each time we met, he encouraged me to “keep fighting.”

He was a bull in a China shop. And, due to his success, he personified Northern Virginia and the love/hate relationship it has with the rest of the Commonwealth and D.C. region.

Hazel became the poster boy for slow-growthers and anti-tax advocates who opposed either new growth or new money for transportation, notably the 2002 failed referenda to put a half-cent on the sales tax to fund projects in NoVa and Hampton roads (which Hazel supported with lots of money).

Nobody seemed to mind his avid support for education, such as acquiring land to build George Mason University in Fairfax in the mid-60s, constructing a GMU law school in Arlington, expanding the Flint Hill School in Vienna, and for K-12 funding. But because he supported growth, he and those in the NoVa business community have always been suspected by the purist conservative activists and environmentally conscious no-growth leftists.

Clearly, the Til Hazels of the world won out. Today, Fairfax County’s population is 1.15 million, Prince William, 482,000 and Loudoun 425,000. But there is still this love-hate relationship.

For years, Richmond was controlled by politicians of both parties who refused to support funding or any program that would help NoVa be more successful. This attitude is prevalent as NoVa is a significant bloc in the General Assembly, but it’s still there.

Conservative Republicans admire the growth in NoVa, but not the demographics it has attracted, specifically Northeasterners leaving Blue states and bringing their liberal voting habits with them. Conservatives resent this demographic change instead of figuring out a way to reach out to these voters.

Even in death, the contempt and admiration of Northern Virginia, a byproduct of Til Hazel’s efforts, will endure, but may he rest in peace. And God bless his family.

Update: The population of Fairfax County has been corrected to 1.15 million.

Ken Reid is a former Loudoun County supervisor and member of the Leesburg Town Council and currently lives in Tysons Corner. He is active in Republican politics in Virginia and authored the book, The Six Secrets to Winning ANY Local Election and Navigating Elected Office Once You Win.

This entry was posted in Land use & development, Transportation and tagged Guest contributors. Bookmark the permalink.