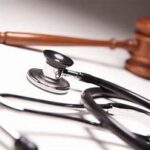 How do people communicate?

Generally by words and visuals and, in person, with body language. The art and science of marketing and sales is one of the bulwarks of any economy — and any political system.

My article on the hard selling of hormone treatments — puberty blockers and cross-gender use of estrogen and testosterone — by UVa Children’s Hospital Transgender Youth Health Services has drawn a lot of attention.

Two of the most famous lines from the video and its transcript are:

Puberty blockers are wonderful. They provide sort of a break.

Well. What child and parent wouldn’t want a break? Is there ice cream?

That enthusiastic endorsement caused me to check out the FDA warnings on puberty blockers.

Wonderful is not the first word that comes to mind.

Under “Indications and Usage,” the FDA has approved the hormone “for the treatment of children with central precocious puberty (CPP).” Treatment for CPP is thus “on-label,” meaning the FDA has determined the benefits of using the drug for a particular use outweigh the potential risks.

When that same hormone is used for support of gender transition, it is an off-label use because of the lack of sufficient and sufficiently-convincing Phase II and III testing on short- and long term-effects.

It is not illegal to do so, but literally by definition riskier than with an on-label use.

Among the “wonders” to which the video script must refer are the warnings and precautions for on-label uses of puberty blockers. They include:

And, since February of this year, this warning is included:

Pseudotumor Cerebri symptoms mimic those of a brain tumor. The increased intracranial pressure can cause swelling of the optic nerve and result in vision loss. Medications often can reduce this pressure and the headache, but in some cases, surgery is necessary…. Sometimes, symptoms that have resolved can recur months or years later.

Mayo’s report on the diagnosis and treatment of those symptoms with medication and surgery is itself serious stuff.

It doesn’t take medical training to understand any of that. The target audience is parents.

Yet the presentation pronounced, before declaring puberty blockers wonderful:

Myth #3 Puberty blockers and hormones will harm my child and have lasting effects.

I don’t doubt the good intentions or the medical skill of the medical personnel involved in transgender “affirmation care” of:

But the UVa endocrinologists who administer puberty blockers for off-label use in gender transition support know that the FDA has not seen sufficient evidence of short- or long-term safety to approve them for that use.

They do so with full understanding of the potential for dangerous side effects, and both pre-screen and monitor for them.

Medical ethics require that both the children and their parents are counseled better than they are in the video sales pitch. I assume that happens at the clinic. I hope the hospital will make that clear when it removes the video from its website.

Even supporters of the treatment are likely to call the sales pitch over-enthusiastic, even unprofessional.

People opposed to the use of these powerful hormones for that purpose in children will find the sales pitch also to be deceptive. Dismissive of the dangers and of the parents to whom it is directed.  Include me in that group.

I hope the hospital finds it embarrassing. As a University alumnus, I am embarrassed for them.

But whatever the hospital does about it, the Board of Visitors, the University President and the rest of us have to face the fact that the leadership of the clinic commissioned that video and centered it on its parents web page. And the hospital allowed it. Such a thing cannot be assumed to be a result of leadership inattention.

I wrote months ago directly to the University President and the head of the hospital about my concerns with this program. “Wonderful” represents a systematic choice until denied as such.

Pretty hard to put that in an acceptable light.

We also await to see what terms the Virginia state government departments with oversight of UVa Children’s come up with to describe the medical activities of that clinic as well as its advertising.

The argument about the characterization of the use of puberty blockers for gender transition in children is where we are. Do we call them necessary/appropriate or otherwise. “Wonderful” or “of unknown safety.”  Ethical or not. Affirming medical care or child abuse.

But “wonderful” should not make the cut at UVa Children’s in this matter. It is a hospital. Whatever else “wonderful” may express, it does not signal professionalism on the topic of the use of hormones in child gender transition.

And we have not even discussed the dangers of the use in cross-gender hormones in children.