Out of Many, Weakness 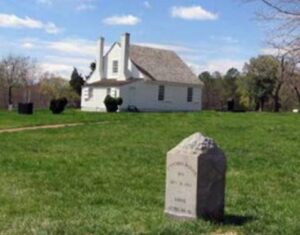 John Hay, Abraham Lincoln’s press secretary, wrote that Stonewall Jackson’s temperament and personality reminded him of John Brown. Hay didn’t mean that as a complement. But he did have a point. Jackson was an eccentric. At times he looked silly — sucking a lemon, wearing a beaten uniform, losing control of his VMI classroom, holding his arm up in the air so his blood would flow properly.

For all his quirks, Jackson was one of America’s great battlefield generals. He was also a man of character. He was devoted to the Virginia Military institute where he taught. And in creating a Sunday school for Black slaves, he defied the disapproval of the community. His legacy matters — at VMI and beyond.

The cities of Richmond and Charlottesville have pulled down statues to Jackson, Lee and many other Confederate figures. Progressives and SJWs are still celebrating in their parents’ basements. I find that less distressing than Jackson’s treatment at the hands of VMI.

Strong majorities in Charlottesville and Richmond to take down the Confederate statues. A city should reflect the views of the people who live there. If elected representatives vote to remove the statues, that is their right. Their home, their rules. The fact is, Charlottesville isn’t Chancellorsville; the city played no prominent role in the Civil War. Richmond did, but its modern-day citizens want to distance themselves from the city’s Confederate past.

But Charlottesville is a freak show. We all know it. Anyone who’s watched city council members in action knows it. So, when Charlottesville pulls down statues, no one expects any better of them.

VMI is different. We expect the military academy to be a serious, mature place. Its purpose is to develop leaders. A majority of graduates go on to serve in our armed forces. The world expects America’s armed forces to take the lead and carry the heavy burdens.

We should hold VMI to a higher standard than other colleges and universities. And VMI’s treatment of Jackson’s legacy falls far short of that standard.

The Barnes & Thornburg investigation did not show that the majority of VMI’s cadet corps or alumni felt burdened or harmed by the symbology of Jackson on Main Post, or strongly wanted that symbology to be removed.  (The faculty and progressives in the General Assembly seemed to be the most offended by it.) Yet, following the directives of the Board of Visitors, VMI is in the process of cleansing the Main Post of Jackson memorials.

If Stonewall Jackson’s sins were so egregious that we must extinguish any acknowledgment of his greatness, what does that mean when we apply the same criteria to other American notables? Washington owned slaves and did not use his influence to force the colonies to abandon slavery. Jefferson owned slaves and most historians now accept that he sexually abused one of them. If Jackson’s statue, or his name on an arch, can’t be tolerated, then how can we accept memorials to Washington and Jefferson?

Or Lincoln, who was willing to readmit Confederate states into the Union as slave states, as late as the end of 1862?

Woke activists are “litigating people in the past, using the moral framework of today,” Ayaan Hirsi Ali told Congressman Dan Crenshaw on his podcast. If the precedent of VMI is that, from here on out, any great but flawed figure from the past must be canceled from public view, where will that leave us?

The motto of the United States is E plurubus unum (Out of many, one). The idea is that many different people from many different backgrounds will come together and produce a stronger nation.

But if we suppress parts of our checkered past, we risk becoming a nation that has a bland history and culture. We might as well adopt a new national motto: E plurubus infirmatatem (Out of Many, Weakness).

That’s why I find the treatment of Jackson’s statue at VMI more troubling than the fate of Lee and Jackson statues in Charlottesville. VMI’s leaders know better. — or they should. America’s history, though conflicted, is a rich one. We should not dilute it in the name of inclusion. Our ancestors were good people, who did not struggle, suffer and die so that their descendants could wallow in hyper-sensitivity. They were willing to make the ultimate sacrifice.

If we follow VMI’s lead and erase any signs of our heritage that someone might find upsetting, we will bequeath our children a bland, brittle nation.

Donald Smith, a University of Virginia graduate, was born and raised in Richmond.

This entry was posted in Culture wars and tagged Donald Smith. Bookmark the permalink.